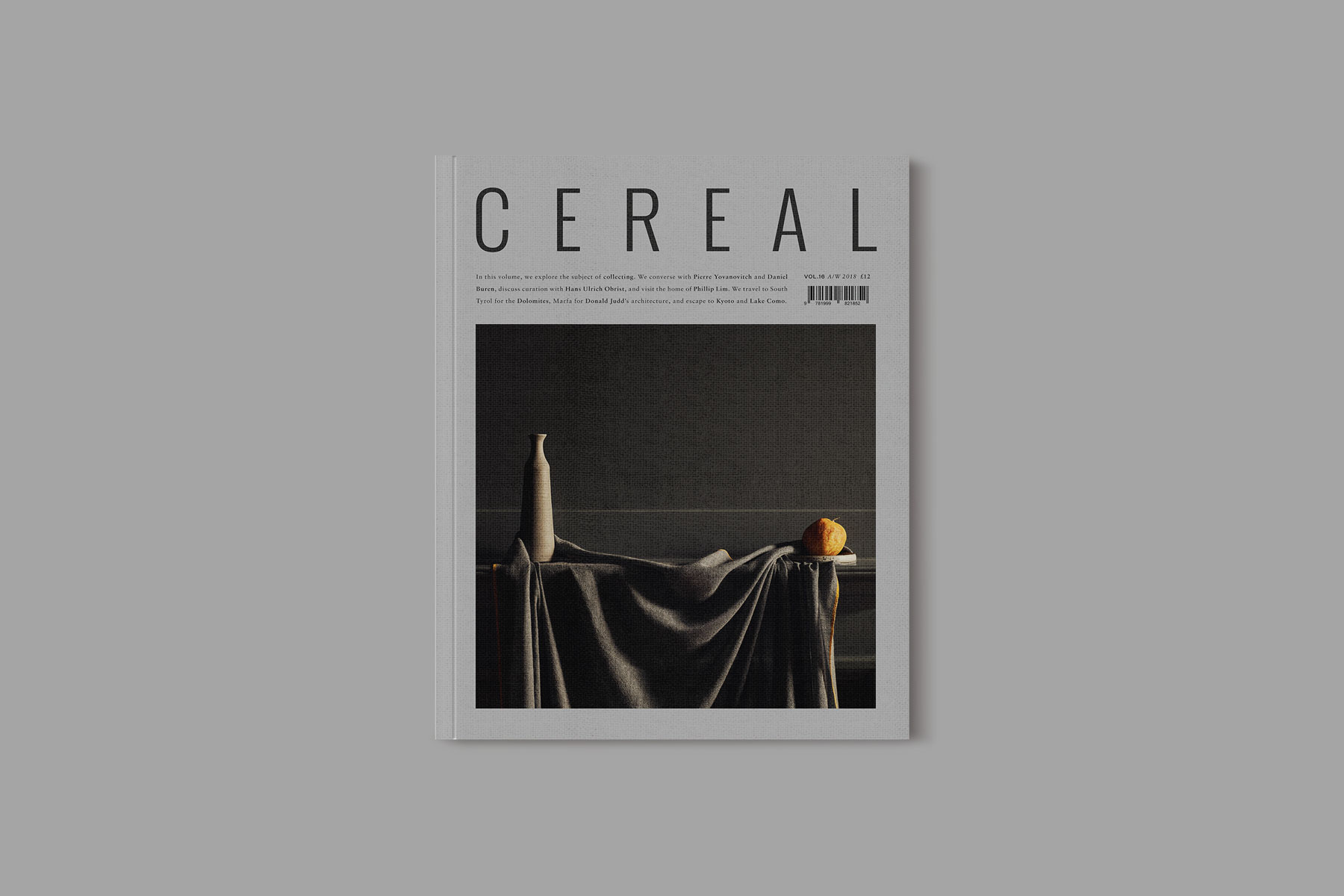 During a trip to Japan in the summer of 2015, we had the unique opportunity of meeting Rosa Park and Rich Stapleton of Cereal Magazine, who coincidentally were traveling in Japan at the same time. We had always admired their work — refined and minimal, their taste was undeniable. We met at the Aman hotel lounge, and upon entering the hotel, we were in awe of the otherworldly space. Rich and Rosa were approachable and down to earth and meeting them that day left a lasting impression on us.

Since then, we have been fortunate enough to work with Cereal on several projects such as ‘These Islands’; redesigning their website; and the last few city guides. Over the years and through these projects, we were gradually establishing a new visual language for Cereal. Then in March of this year, Cereal proposed another exciting project—the redesign of Cereal vol.16. 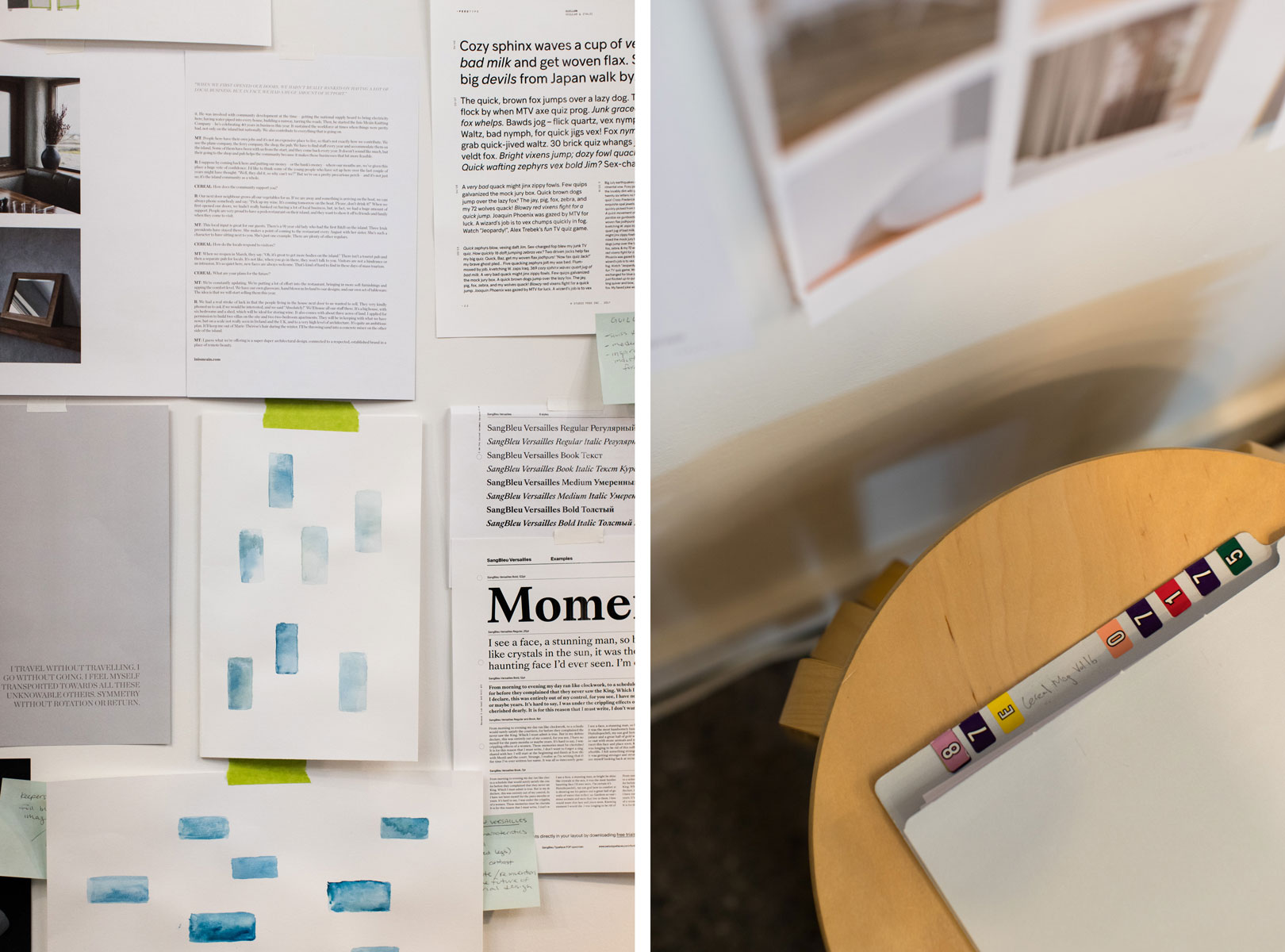 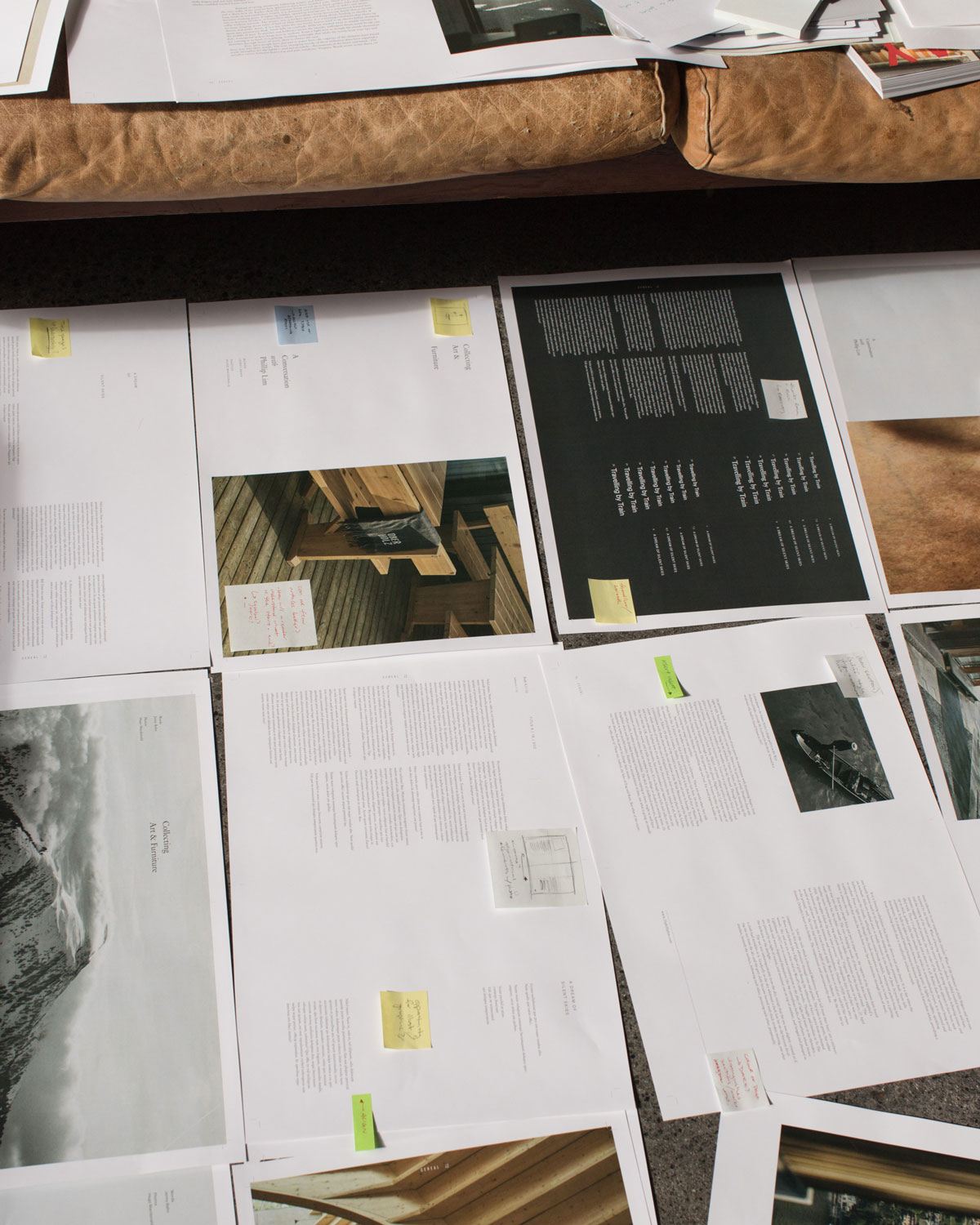 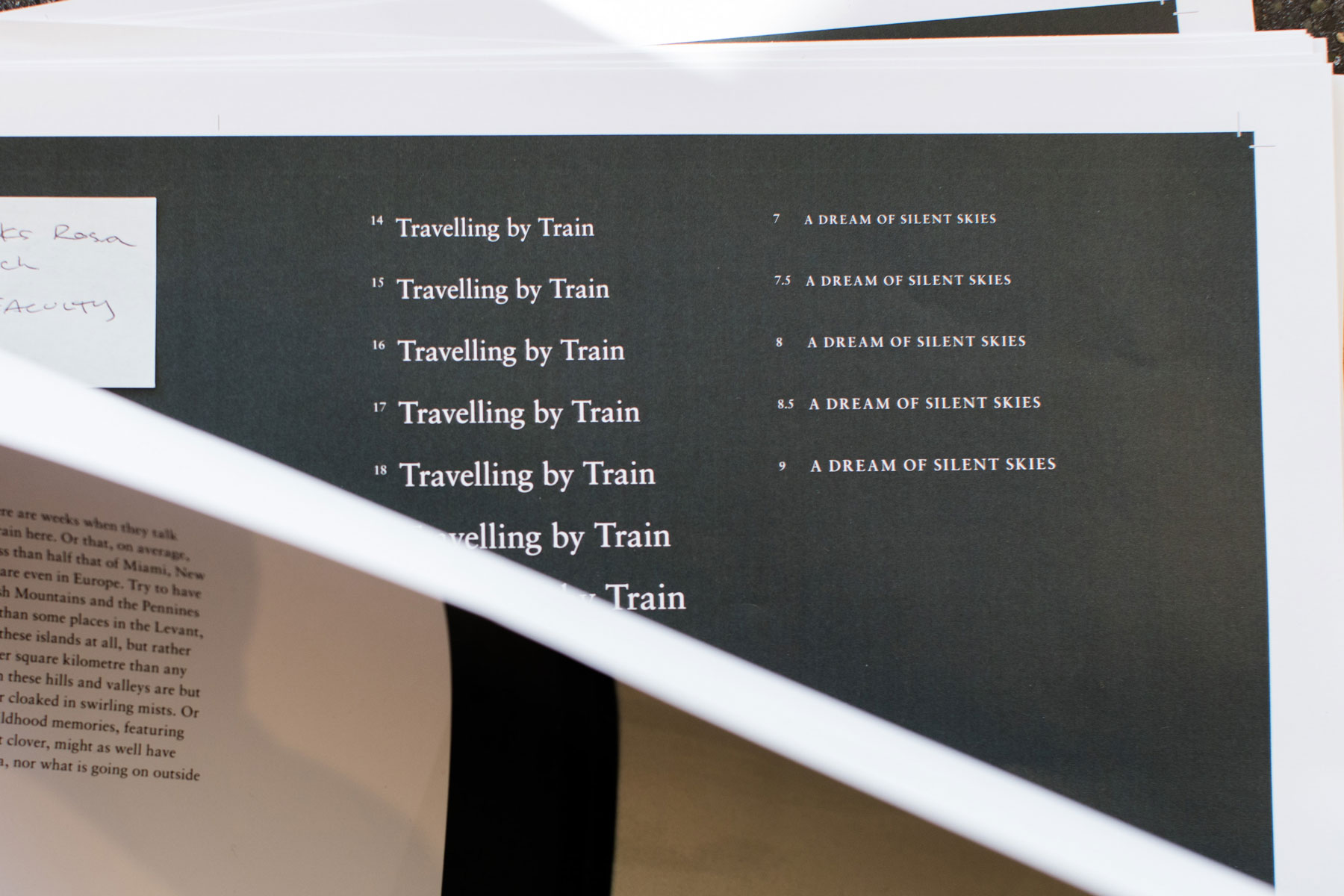 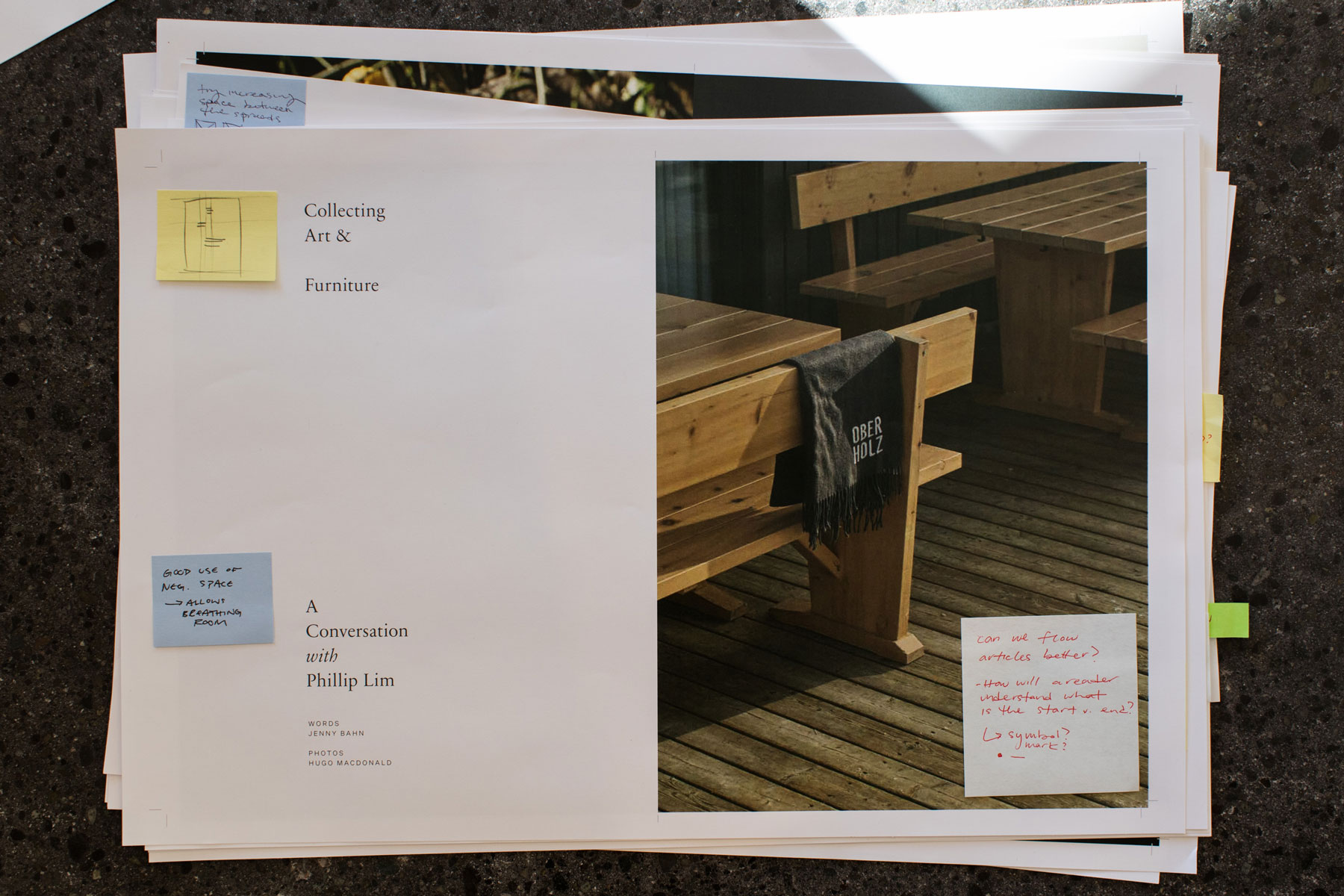 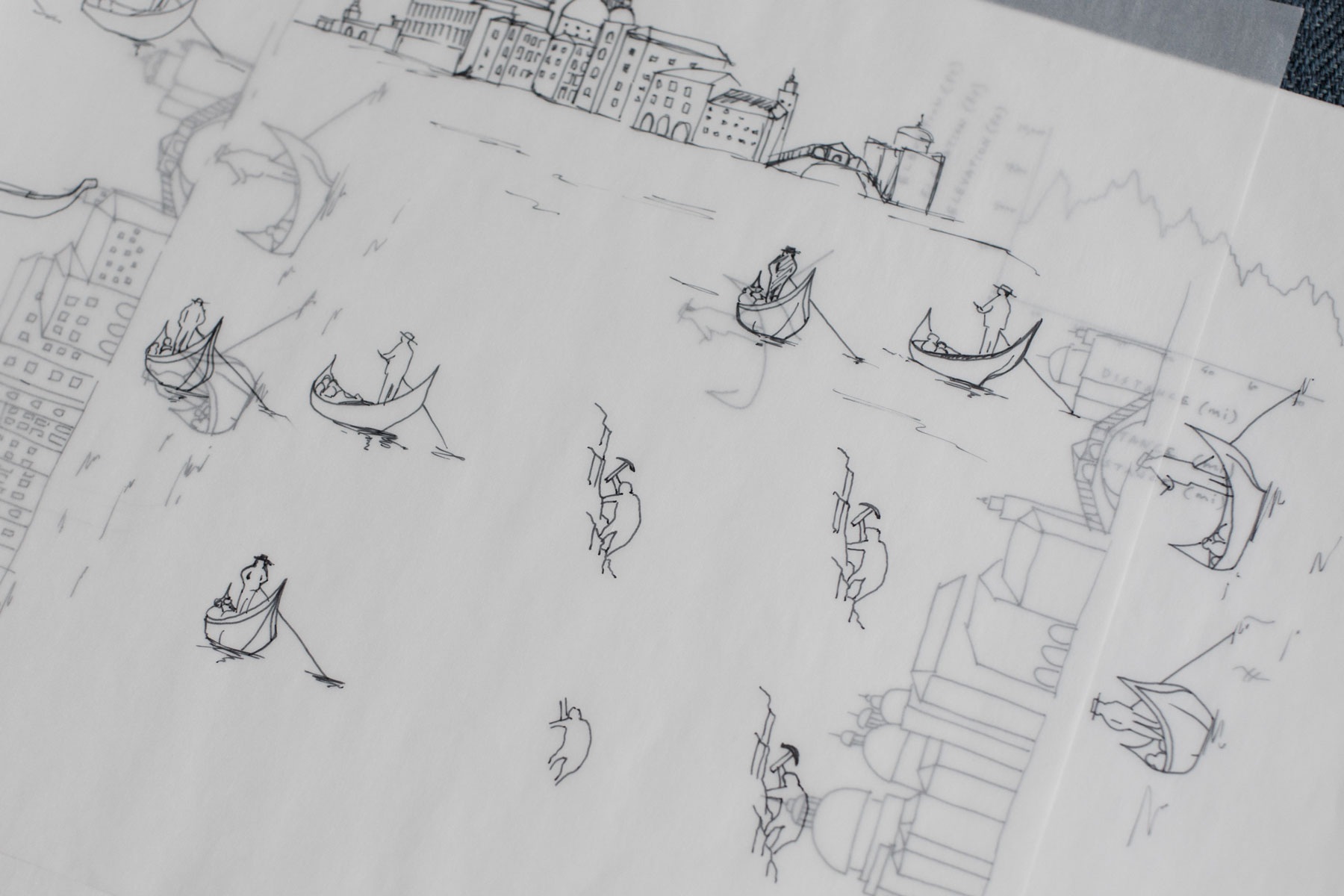 We began the project knowing that Cereal has built their large following and community through their years of distinct and recognizable aesthetics and taste. We knew we wanted to create the next evolution of Cereal magazine, rather than a total reinvention. It was important to us to understand the core of Cereal, what makes it what it is, as a way to redesign with integrity and reverence to what came before. The photography was one aspect that was iconic to Cereal’s identity; whether seen in print or online, the approach to imagery was distinctly Cereal. We wanted to create a design to achieve that same level of thought and simplicity, a design that could only be for Cereal.

During the research phase, we observed that most magazine layouts are filled with large contrasting headlines with small text as a way to establish hierarchy. However, when we were mocking up spreads with this type treatment, we found it took away from the calmness and simplicity of the photographs and writing. Through several iterations, we challenged ourselves to create a sense of hierarchy through a different approach — a hierarchy with as minimal amount of type size variations as possible. This resulted in majority of the magazine, from title to body copy, to be set in a serif typeface at 8.5pt and credits/captions set in a 6pt sans serif. We were still able to achieve the page hierarchy through the use of positive and negative space. Another adjustment we made was changing the previously justified paragraph styles to a ragged edge for enhanced readability and adding a line to indicate the end of an article. 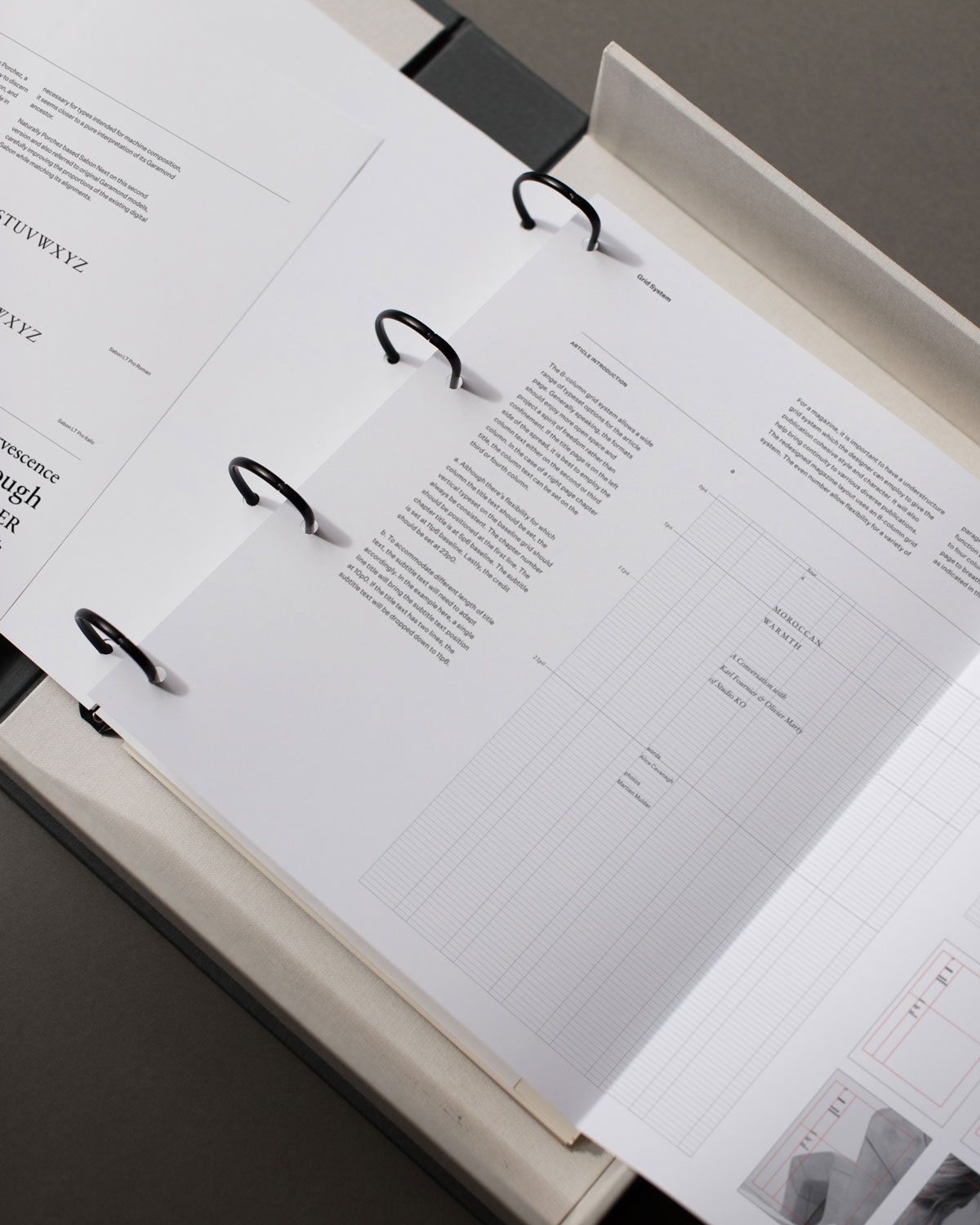 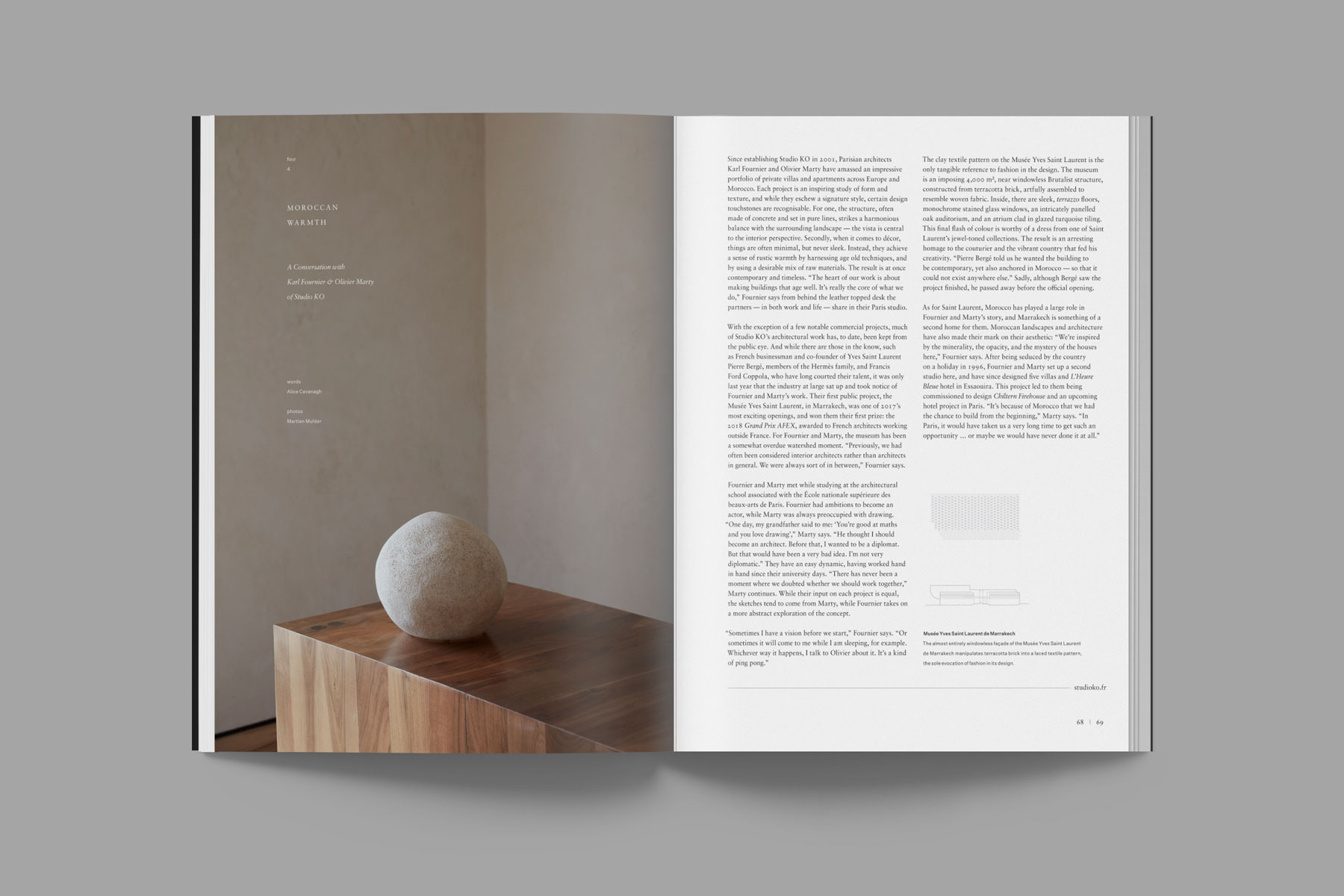 At the start of the project, Cereal wanted to do away with organizing articles by categories (cities, art & design, style, etc.) as it was restricting for the content they wanted to create. Removing the categories lead to a restructuring of the magazine and in turn the table of contents. The new design features a numbering system to keep track of each article along with a restructured layout for the new types of content. Without section breaks between categories, Rosa came up with the concept of page breakers (morning, afternoon, and evening), which we placed at the top of each column. 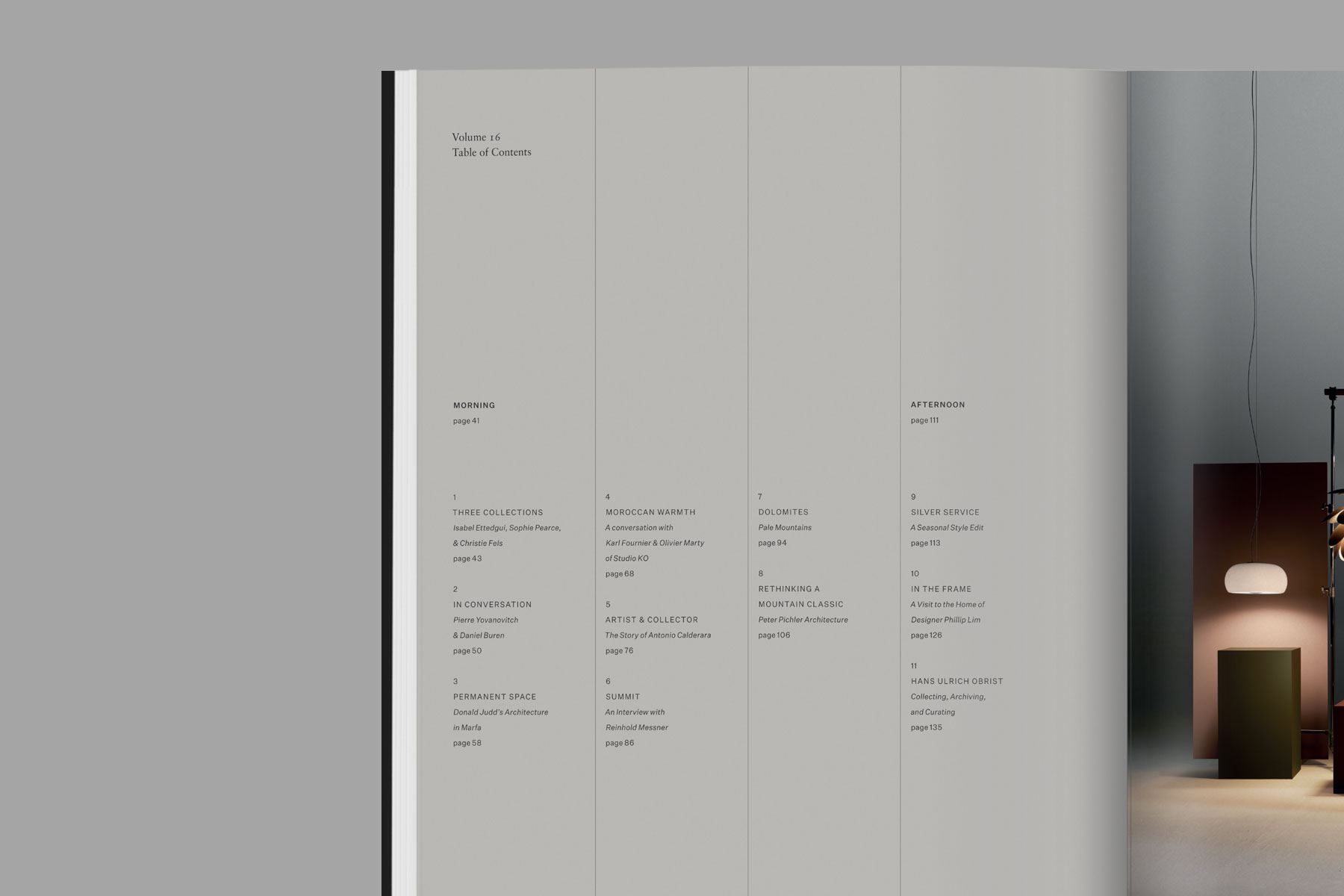 Among the notes we took looking over the previous issue, we found there was an opportunity to improve the formatting for interviews. We wanted to further distinguish the voices in these articles, between Cereal and the interviewee. While we kept the use of initials for Interviewees, the new design displays Cereal’s dialogue indented and set in italic. 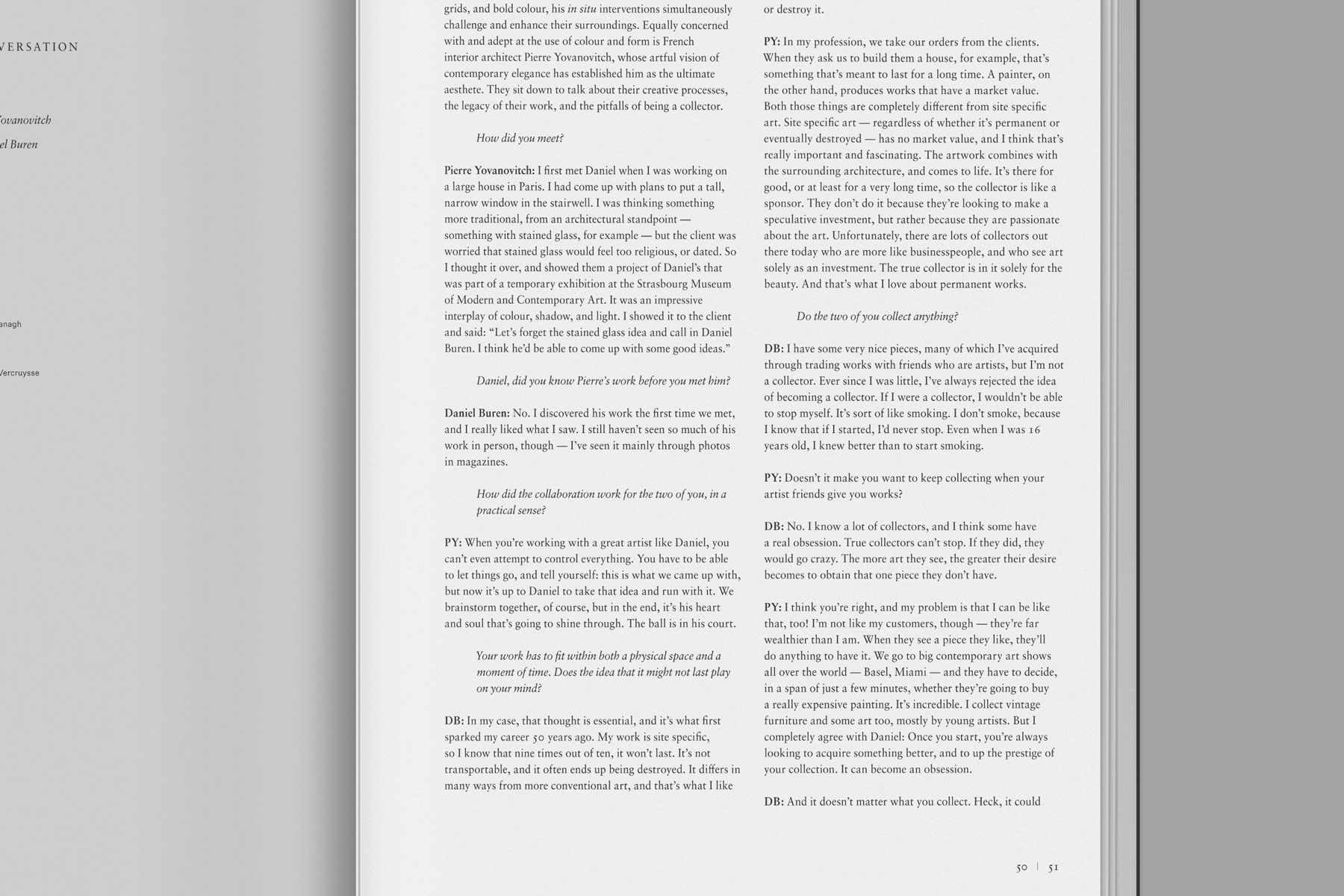 Here, we utilized the two typefaces (serif and sans serif) together in the image captions as a way to differentiate the content. We used arrows to indicate the image in which they are referring to. 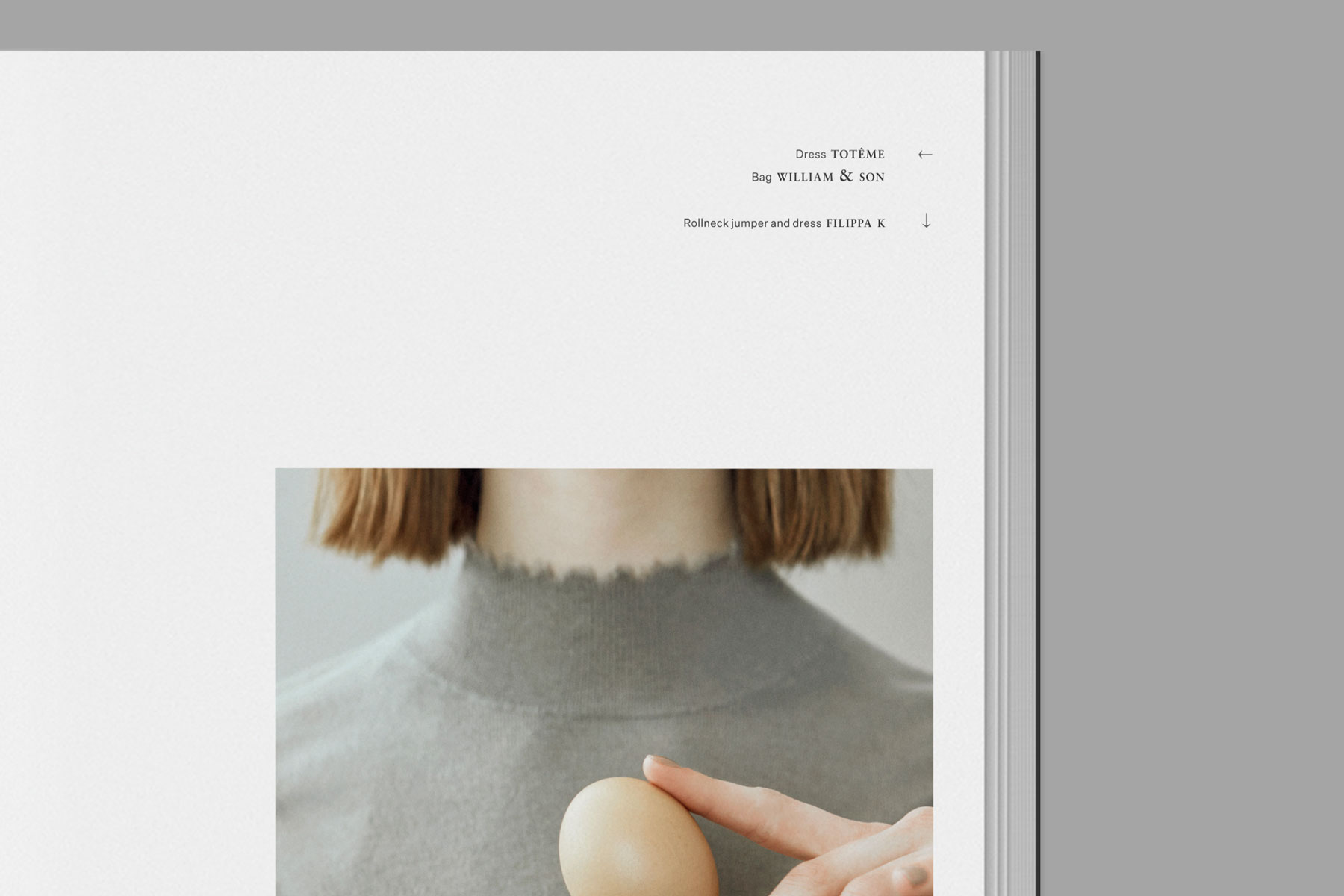 When we designed the page breakers, morning, afternoon and evening, we wanted to visualize the passing of time. Each title is placed with intention descending along the right edge of the page. A small graphic detail accompanies each reflecting light and the movement of the sun for each of these moments. 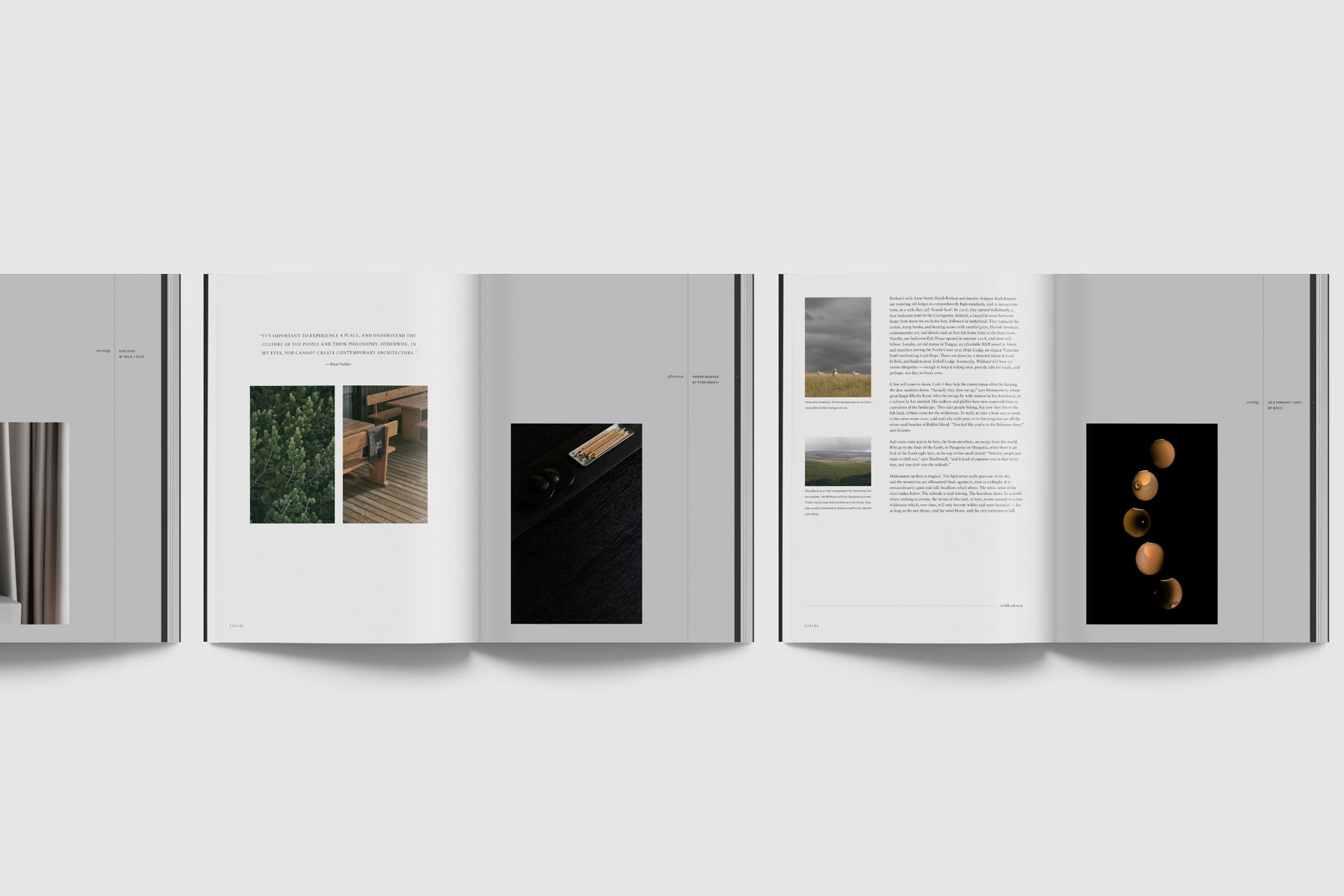 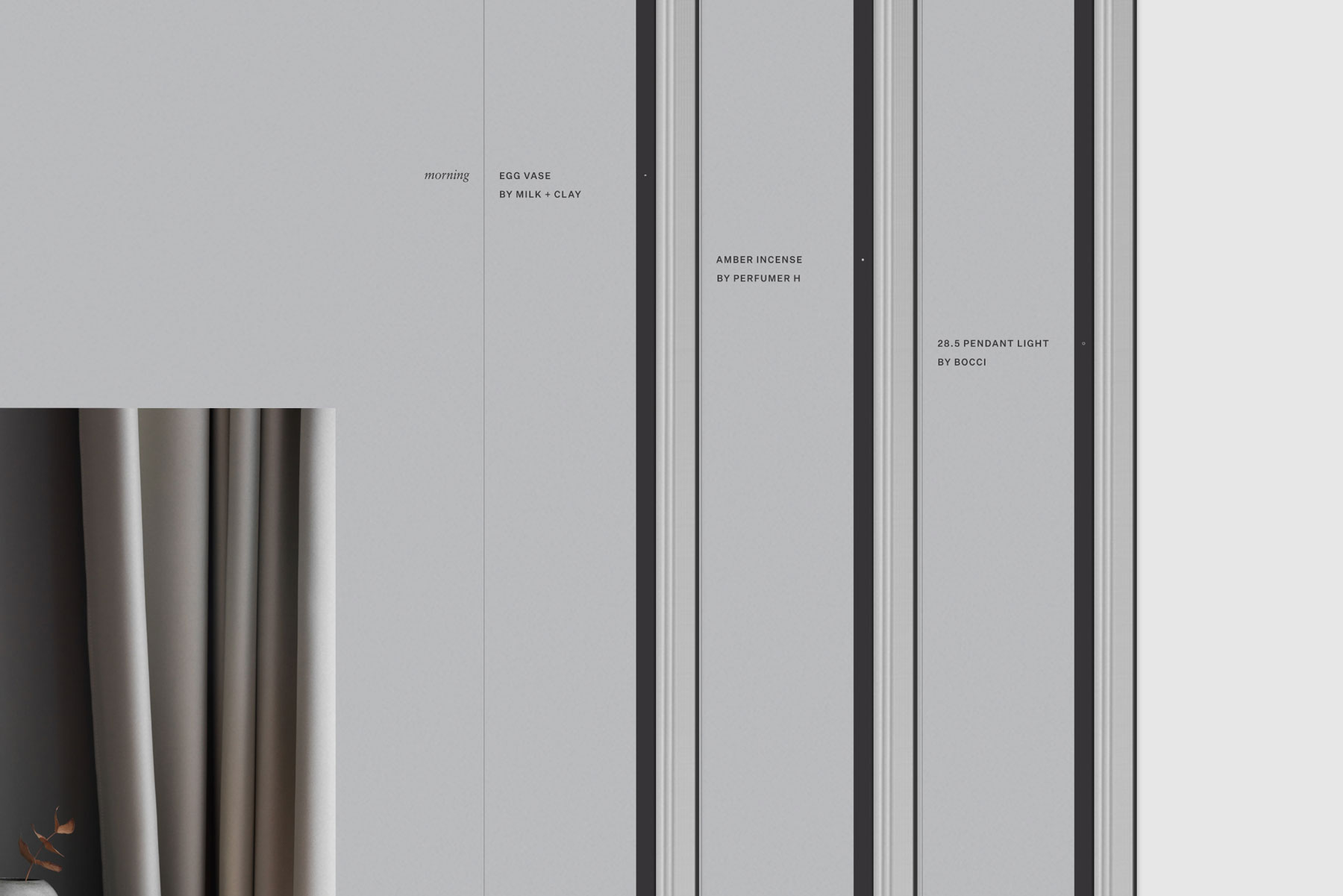 To create simplicity, it often requires the practice of showing restraint. Such is the case for the beginning of the project in setting the foundations of Cereal magazine’s structure. The working file itself must be simplified and well structured, just as a clean kitchen would serve clean food. The foundations of the redesign are structured by a consistent eight column grid; a limit of six type styles/treatments for all varieties of text; and three grey tones.

When we set out to redesign Cereal magazine vol.16, we knew we were only enhancing what was already in existence. The photos and writings of Cereal are already great. We simply wanted to elevate the design to match and embrace the content.