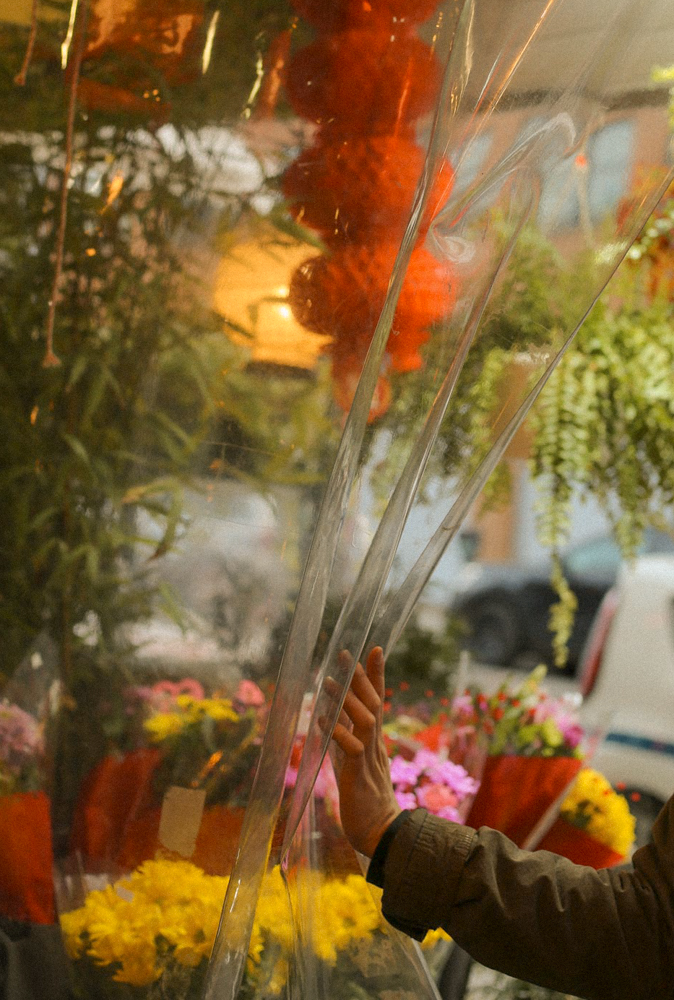 Today is Lunar New Year, and we enter this year’s celebration with a whole mix of emotions.

Many have seen and heard of the recent rise of anti-Asian racism and hate crimes in the United States. More reported (and many unreported) incidents have taken place in Canada, but whether these events are across the border or here at home, we feel the impact of those acts deep in our bones.

Alvin and I are both Chinese-Canadians who spent our early years in Hong Kong before moving to Vancouver. Since we were young, we have always been taught to be silent, to not “rock the boat” and simply integrate—this was our learned survival skill. However, as we’ve grown and become business owners, we recognize and acknowledge the privilege we’ve been afforded from our ancestors, as well as the responsibility we have to use our position, talents and voice to create a better future for our community. 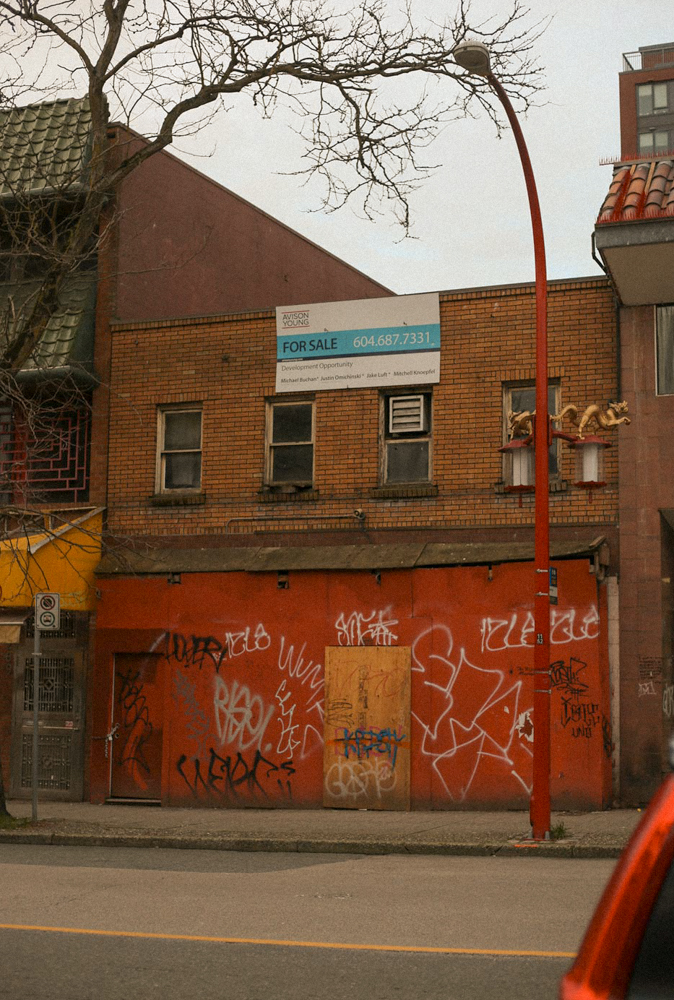 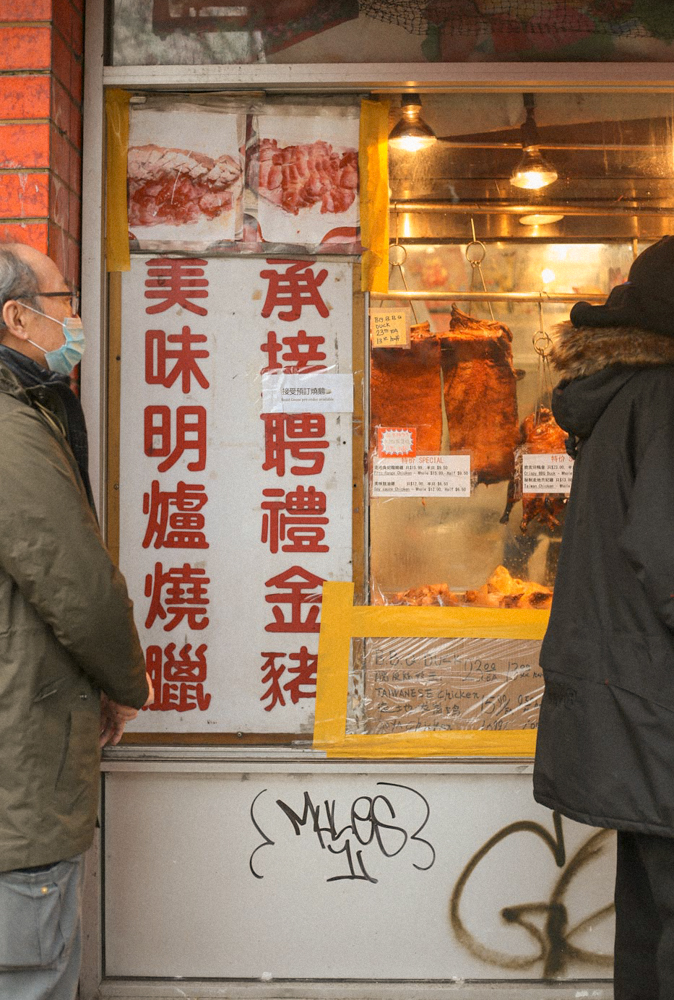 Today, we want to share our personal reflections and thoughts, to say more than we’ve been taught to, because we have to speak up.

Before we do, we want to first thank our brothers and sisters of the Black and Indigenous community who have done so much of this work and for so long. Their endurance and fight has bestowed us with the chance to speak today. As our dear friend and colleague Megan Kwan put so eloquently, “The liberation of Black people is the liberation for all. We are living and experiencing that first hand.” 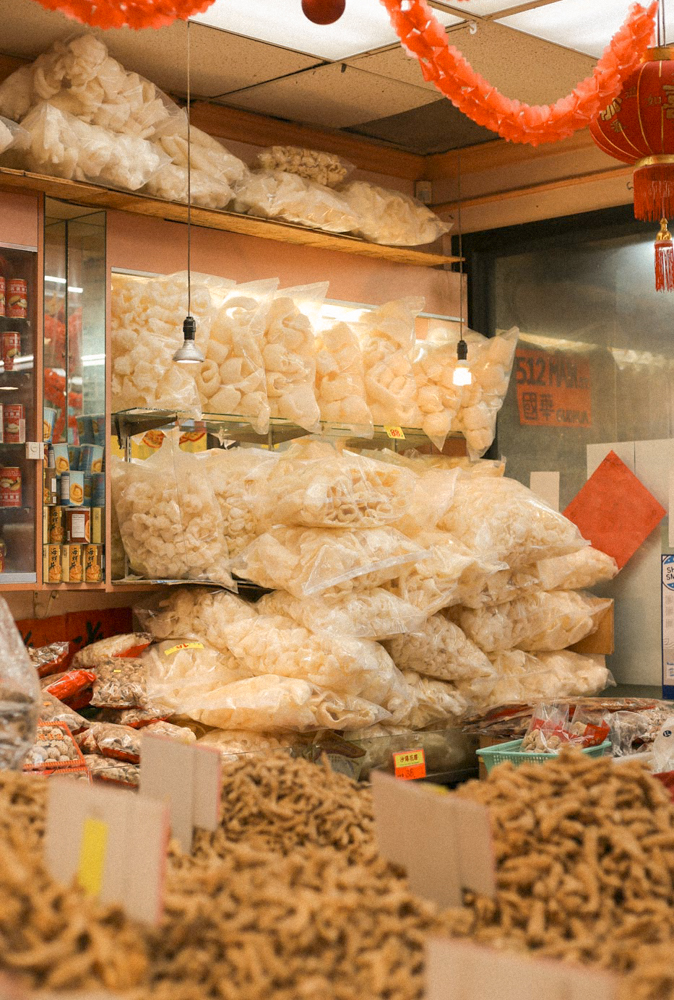 What is the Chinese-Canadian experience, but one filled with the sense of being displaced and the constant questioning of one’s identity?

While I was born in Vancouver, my family moved back to Macau/Hong Kong shortly after, before returning again in ’97. Moving back to Canada, the goal was always to integrate into Western culture. I learned English from watching the Magic School Bus and rewatched the Lion King in English. My art skills were my tools to gain the acceptance of my classmates, where I was the only Asian for the first few years. Funny enough, my visual skills continue to be my way of contributing to society.

Although I didn’t experience overt racism growing up, micro-aggressions were a very real thing, acting as a constant pressure to integrate. So I did my best to hide much of my heritage. We were grateful to call Vancouver home and year after year, my family slowly gave up more of our Chinese traditions to make way for Canadiana.

However, it was in high school that I learned I was neither-nor—too white-washed to be with the Asian groups, and too Asian to join in with the white crowds. This dichotomy is something that I continue to struggle with, and even as I write about my experience as a Chinese man, the doubts creep in, and I question whether I even have the right to speak on any of this.

But I wanted to share about my upbringing because I believe it is one that countless others are familiar with. The shame I felt for being neither-nor, I now see as a gift.

We who straddle the line between two worlds are given the opportunity to mediate. We get to articulate the history and struggles of our people to new audiences. When I think about my vocation as a designer, having the perspective of both cultures allows me to bring something new to the table.

My family never did anything major for Lunar New Year celebrations, we may have even had steak for one. This is the first time where I’ve thought more about this year’s zodiac animal, the ox.

To me, the year of the ox has great significance. Oxen plow the fields, transport cargo or people, and thresh grain. The ox in the Chinese zodiac symbolizes honest and earnest hard work, those who work in the background without needing attention or praise. As I reflect on this, I couldn’t help but think of our parents, grandparents and the elderly in our Asian community who have worked tirelessly and humbly to provide for the next generation. They are the ones who have carried a heavy load and transported us as they prepared the groundwork for the next generation to harvest.

If that’s what it means, then I too want to be an ox for the next generation, and plow the fields for a greater harvest to come. But this time, using the voice we’ve been given. 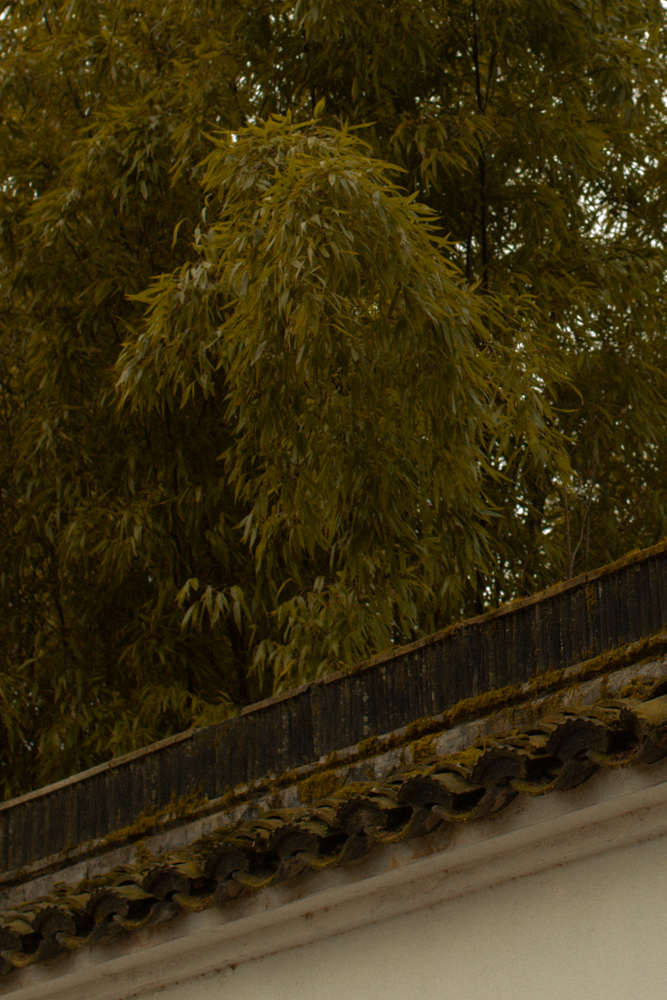 Ever since my family first moved to Canada, my grandma would wake up before sunrise and go to the community centre swimming pool every morning. Not knowing how to speak English, she would somehow manage to do everything on her own. One time, I was curious and joined her for her morning routine. I vividly remember that it was so dark and unbearably cold, both the weather and the pool. My grandma would tell me to just keep moving and keep swimming.

One day, when we arrived at the pool, a man was yelling at my grandma, “Hey, Ho!”. Her first name was 好 (Ho) which means good in Chinese. Without thinking much more about it, we continued swimming. Later, one of her friends told us that the man was actually making fun of my grandma’s name. Yet, my grandma didn’t seem to care and just carried on.

I guess that was the mentality that I grew up with. We would rarely talk about racism to the point where it had become ‘okay’. Yes, if I kept moving and swimming, I’d keep myself warm for a bit, but soon I’d be cold and exhausted again. Racism is all around us and within us, and we must listen, learn and act for the previous generations who could not because they were just trying to survive.

These recent events were a wake-up call that turned our eyes toward our local community. This Lunar New Year’s Eve, we took a moment to go around Chinatown and say greetings to shop staff who inspired and helped put together this journal post. Hopefully, it shines a small but bright light on this group of Chinese-Canadians who have given and continue to give so much to our Chinatown here in Vancouver. 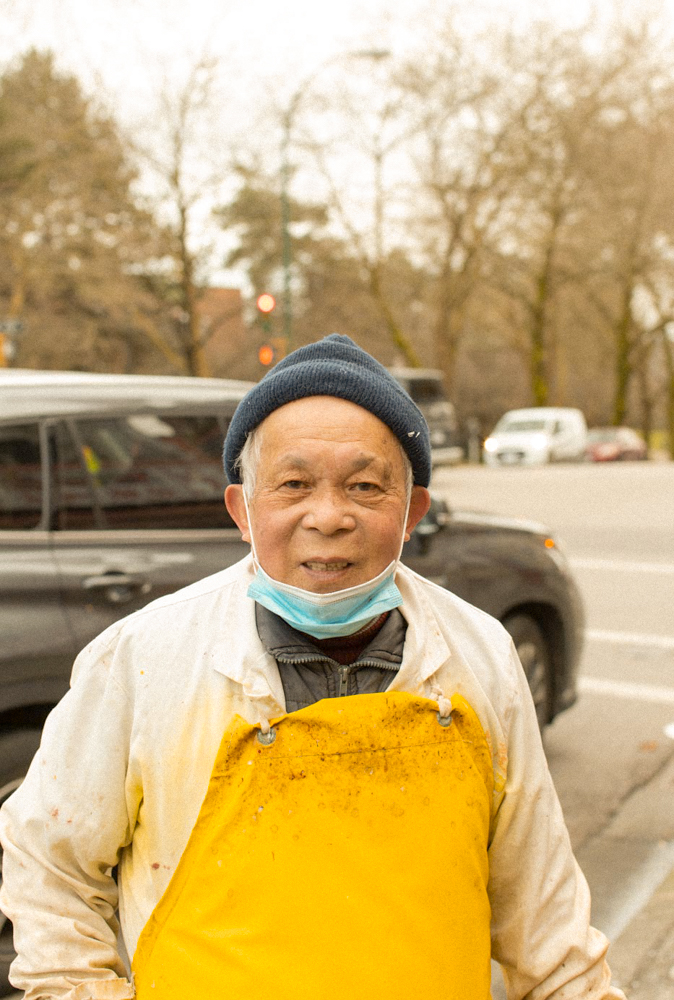 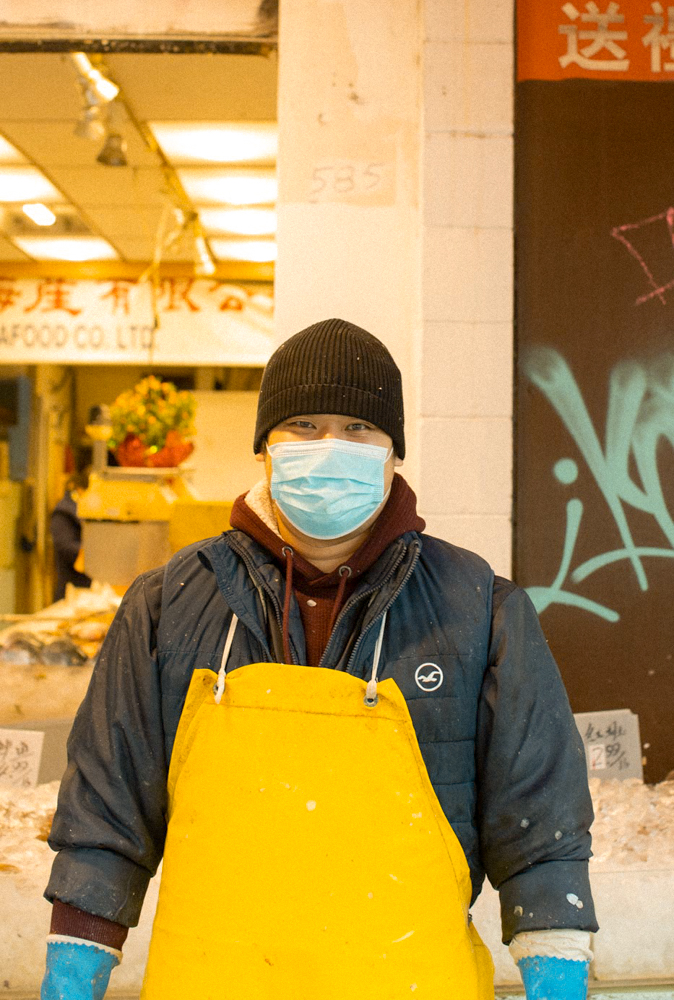 Mr. Chow was funny. He was teasing his younger colleague to do a photo op. He was on his smoke break and while he’s been smoking for 60 years, he definitely wasn’t proud of it cause he knows its not good (haha). Overall very pleasant and light-hearted. You could tell in the way he talked that he had a bright spirit. 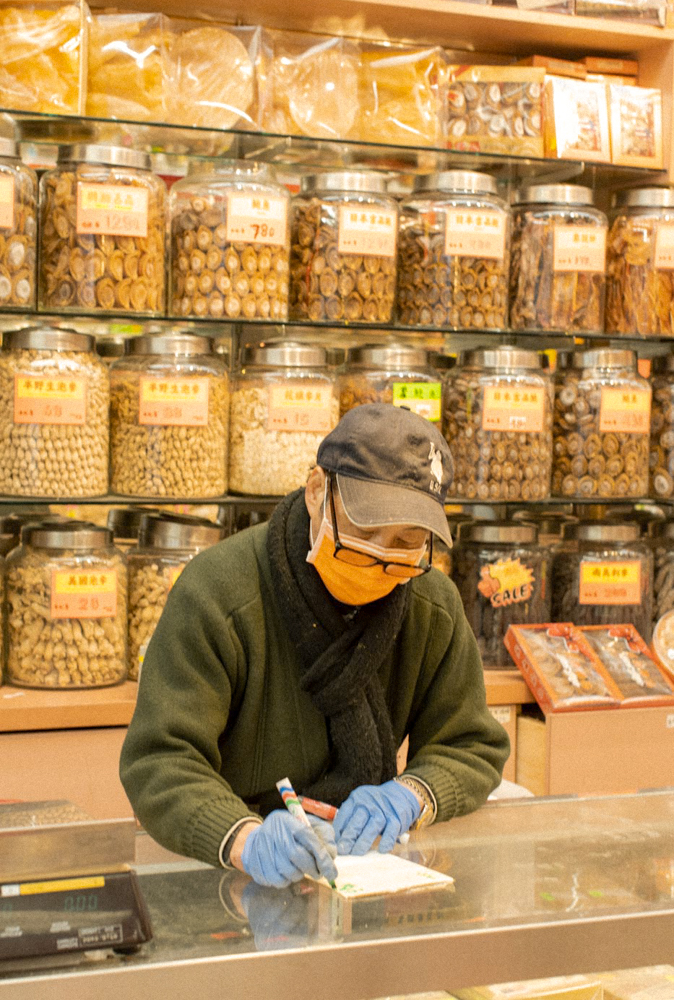 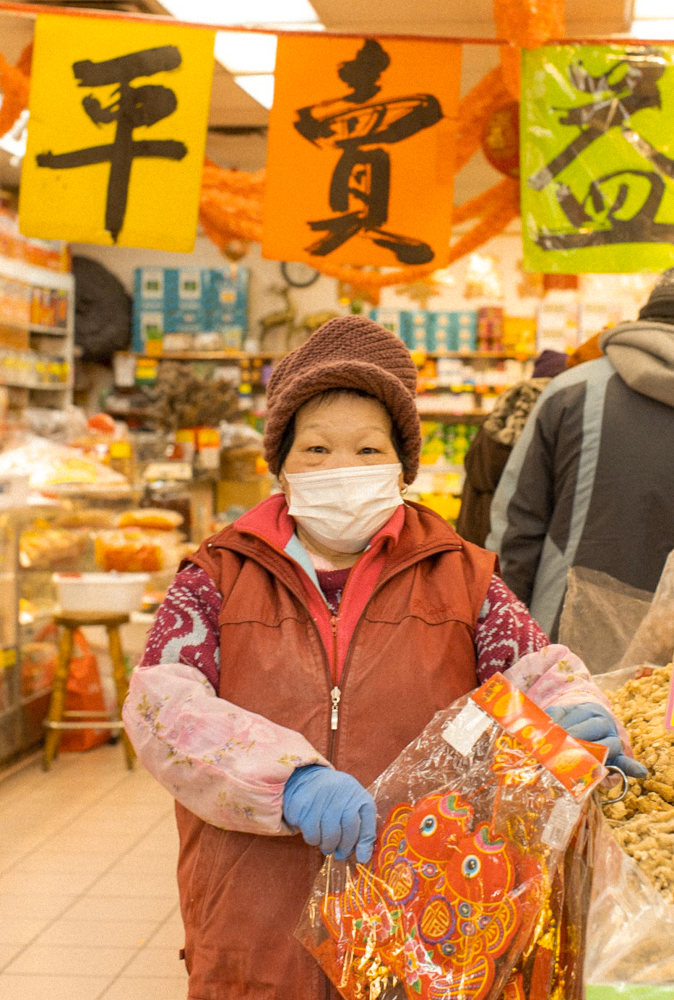 They encouraged us to take photos to spread the word. They shared their business card along with a friends who does real estate. When we arrived, Mr. Dong and his colleagues were busy filling bins and taking notes so we didn’t want to disturb them but once we began talking, they were loud and joyful. They were all yelling and talking to each other across the store trying to get the auntie to be the model for our photo. She was more shy and quiet but finally took the opportunity to pose with their products. She reminded me a lot of my mama. 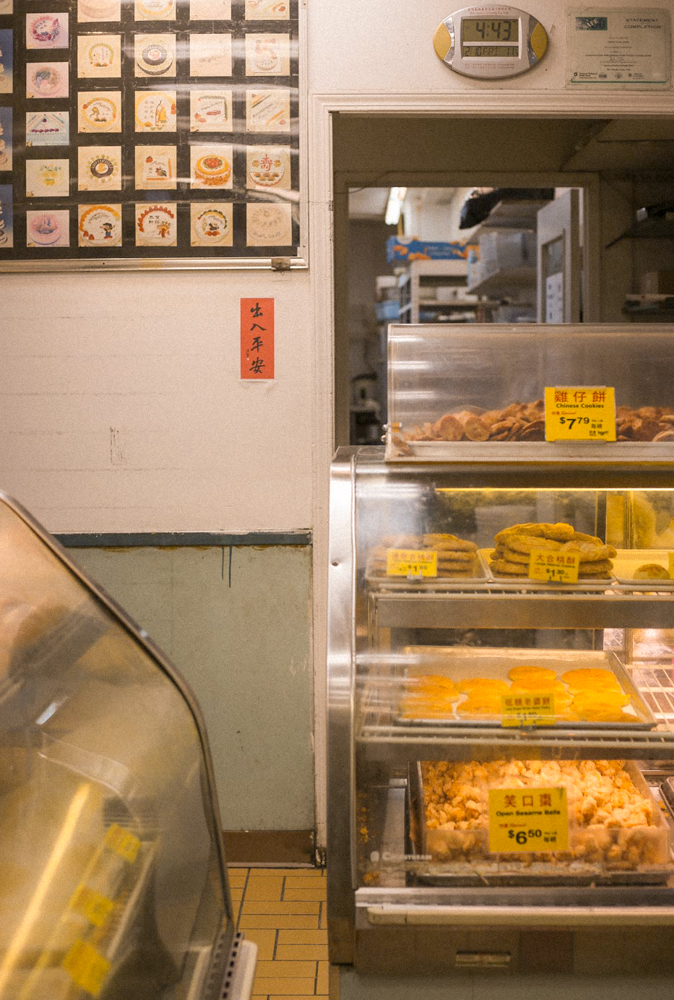 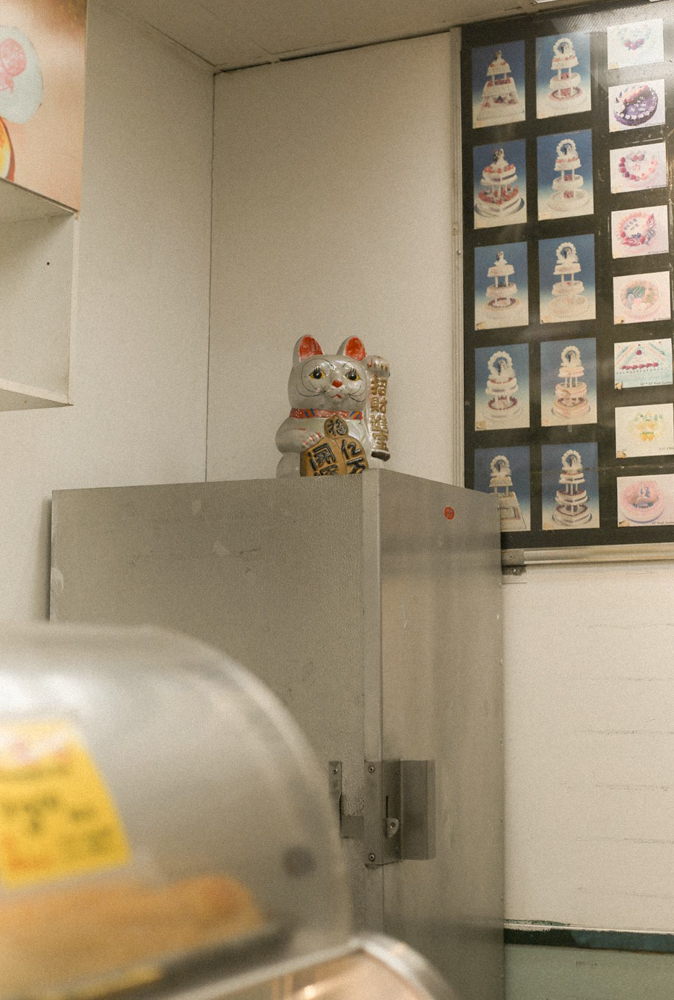 We also went to a bakery—Zhao Mah Bakery. The owner didn’t want his photo taken but he was like a fun uncle—teasing us and joking around. We bought some cookies and baos and he also gave us a sample of their most famous cookie made with sesame, almond, and a bit of sweet pork. He told us that this cookie was what they are known for. 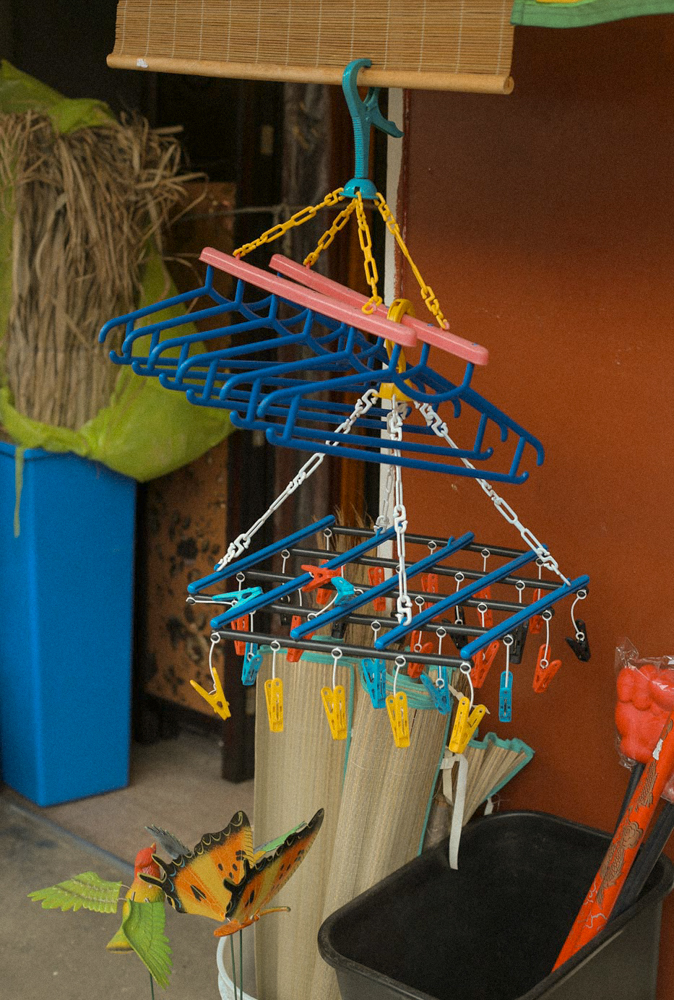 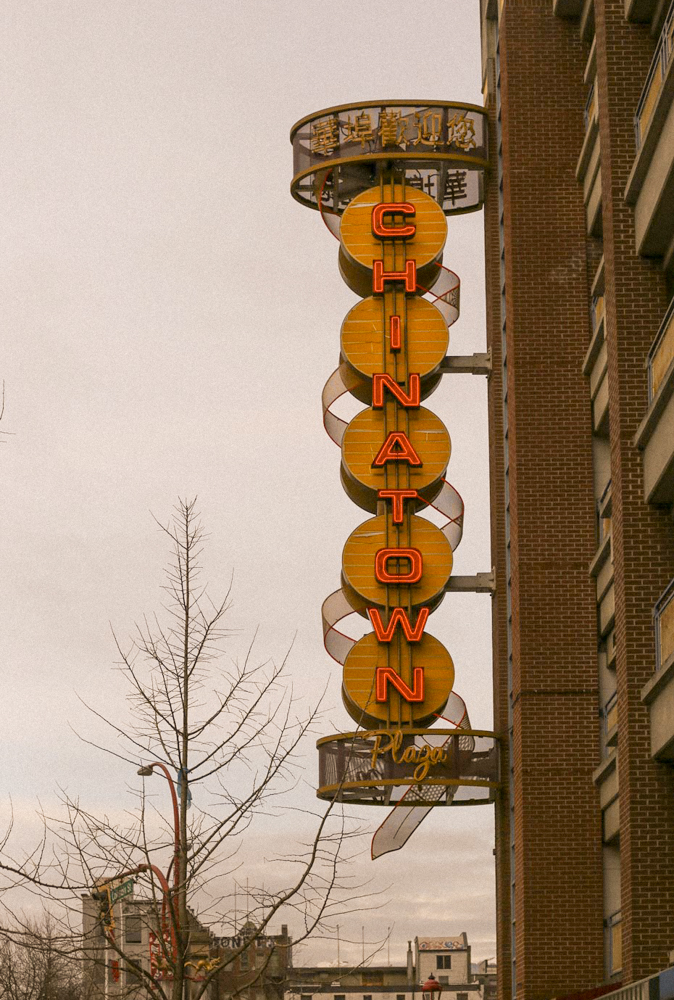