1–2
The logo design takes inspiration from four brand aspects: the name abbreviation: a doe (1 top), the origins of the brand from the Pacific North West (1 bottom), the antler representing power and protection and the crown representing empire and royalty (2 top).

3
A series of concepts for both the logo and wordmark were created. 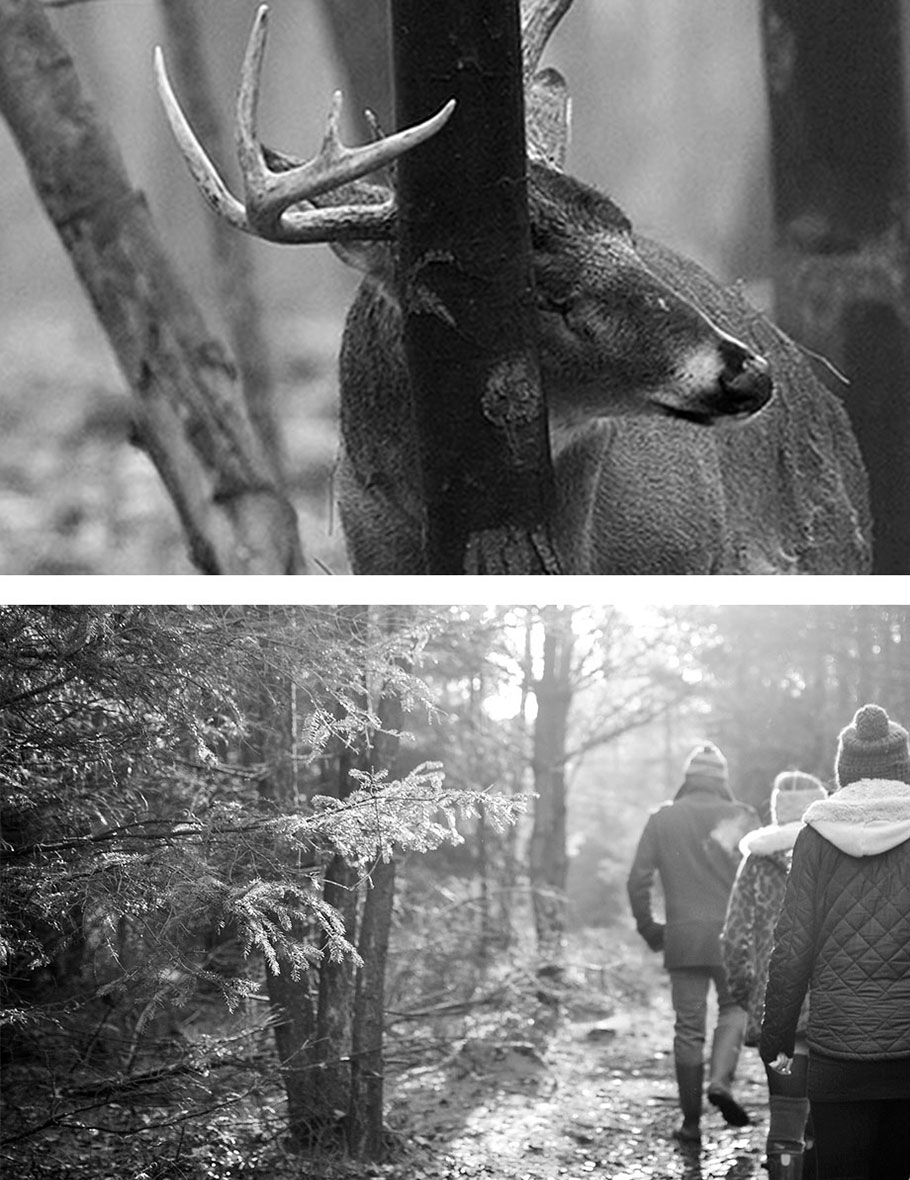 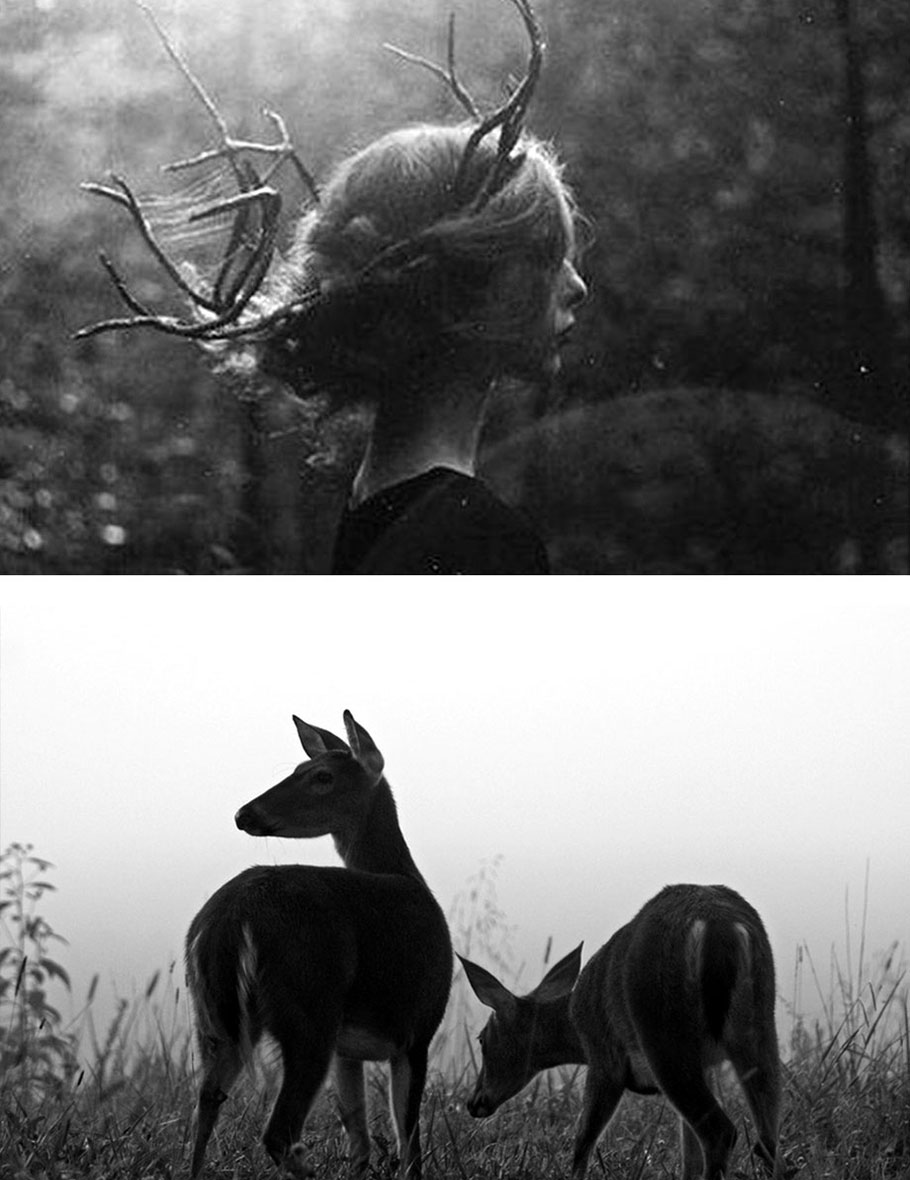 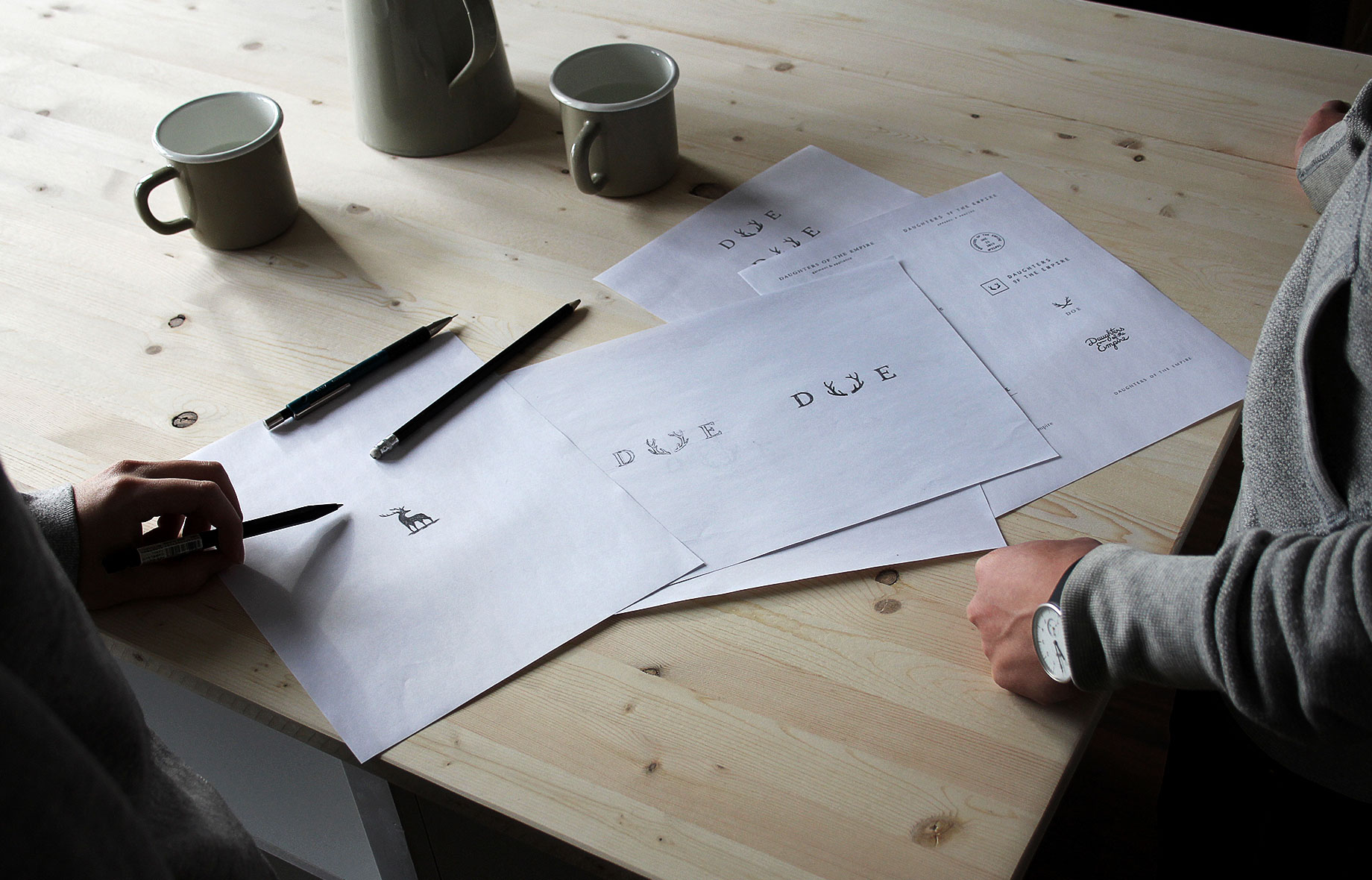 4
Secondary Logomark
Due to the long brand name, the logo may not be applicable in small applications. Thus, a secondary logomark was created by using the abbreviation DoE.

Early on, Angelique had expressed her interest seeing a crown and antlers in the identity. We hesitated to dive into this direction right away at first but looked at other directions. Looking further into the abbreviation of the name, “DOE”, it did make sense for us to make some form of reference to a deer, seeing that a doe was a female deer. While understanding that a doe did not in fact have antlers, the antlers were the clearest symbol to reference a deer. We would redraw the antlers into the form of an organic crown. The final mark allowed us to create various use cases as well, such as the short form of the logo which features the antler crown as the “O” in DOE.