It was winter of 2019 when Victor reached out to us for his newest endeavour, Renegade Running—a retail store and community of runners in (but not limited to) Oakland, California. His love for Oakland and passion for inclusivity was immediately apparent to us. Creating and providing opportunities for everyone to be a part of a running community is vital to the Renegade brand. Victor’s energy and passion was infectious, full of meaning, and deeply inspiring.

Combining a curated collection of running shoes and apparel with training support and community programming, Renegade strives to make running an inclusive experience for all across race, age, gender, and physical ability. As the 2019 season transitioned into a new year (one that none of us could have predicted) the project emphasized the strength and resilience of the revolutionary spirit. We feel honoured to play a part in bringing this vision to life.

1
We were deeply informed by the rich history and continual resistance and resilience within the Oakland community—rooted in activism and advocates for all.

3
Mock up of storefront vinyl application and placement 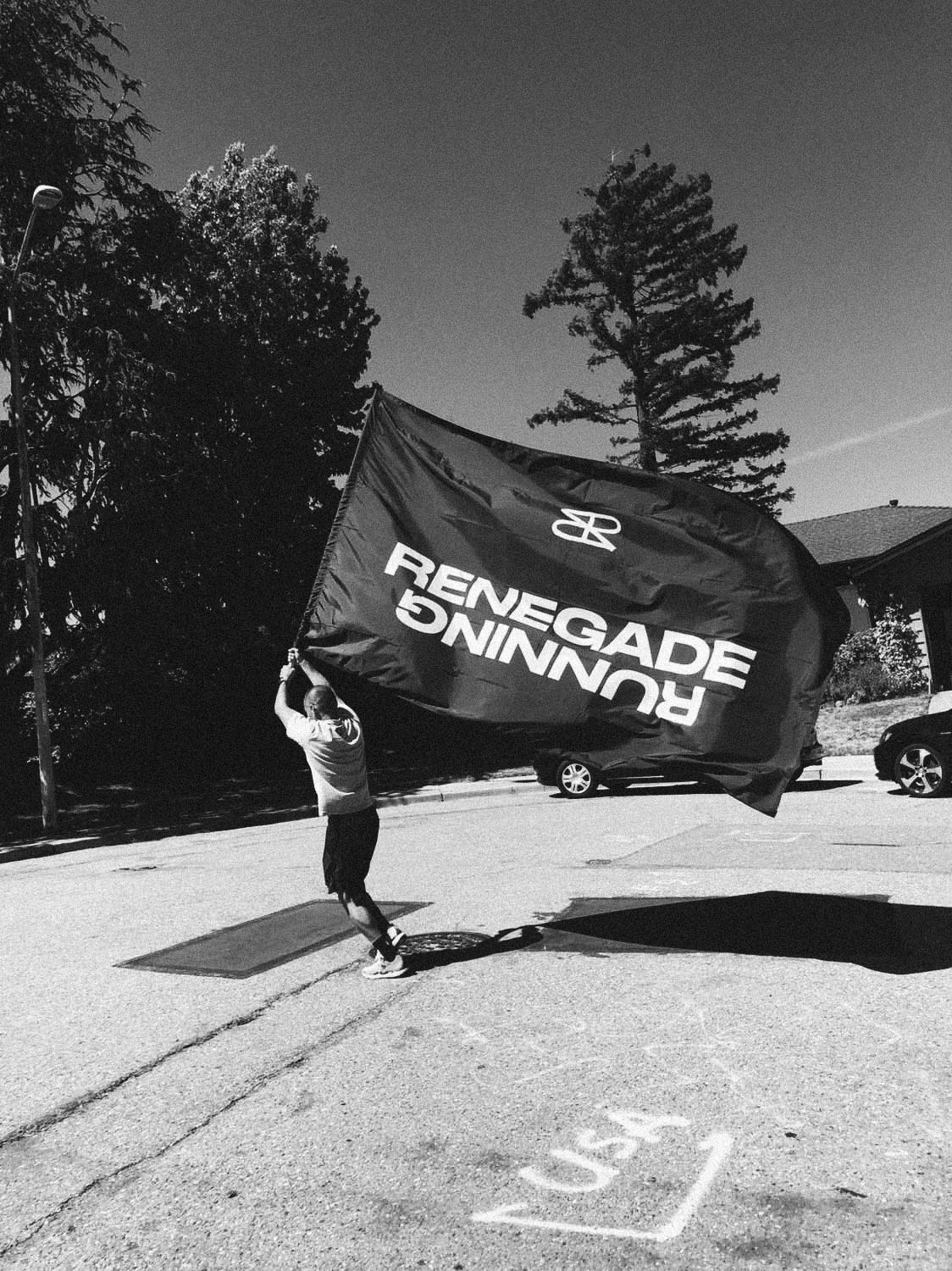 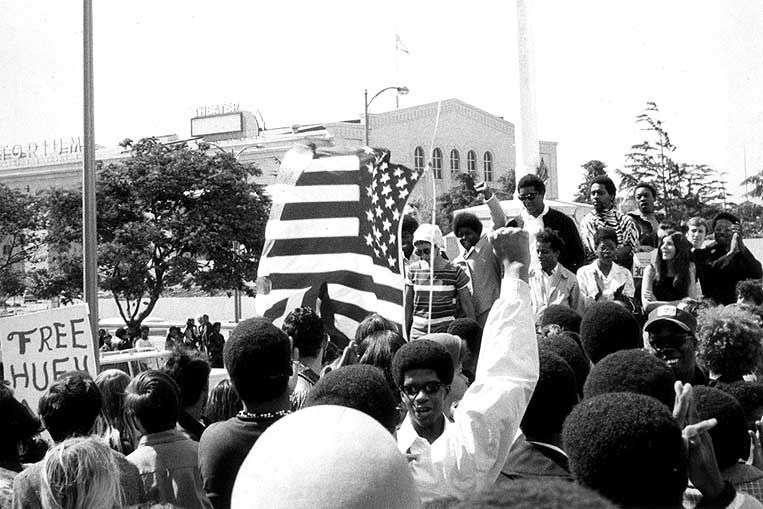 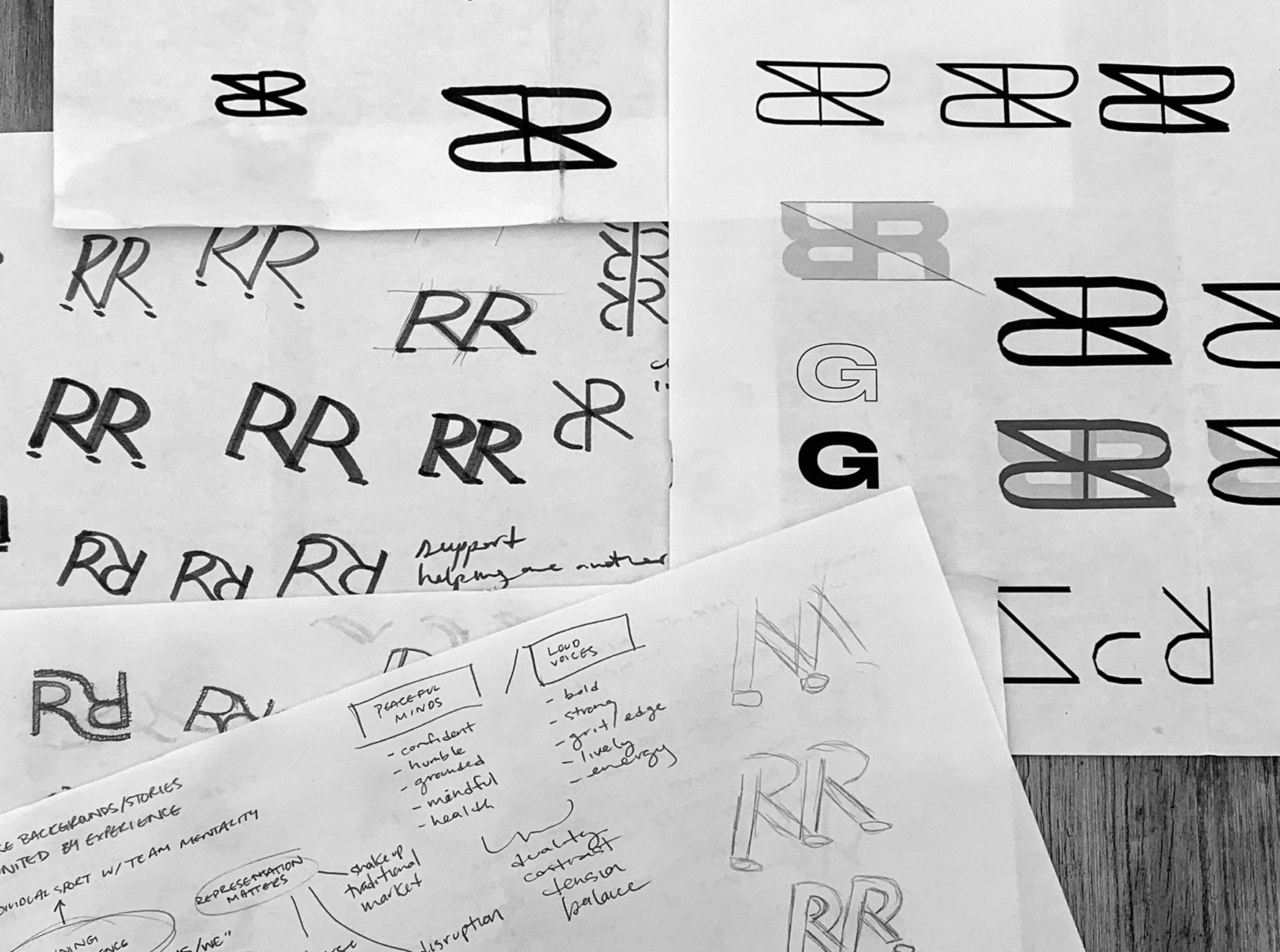 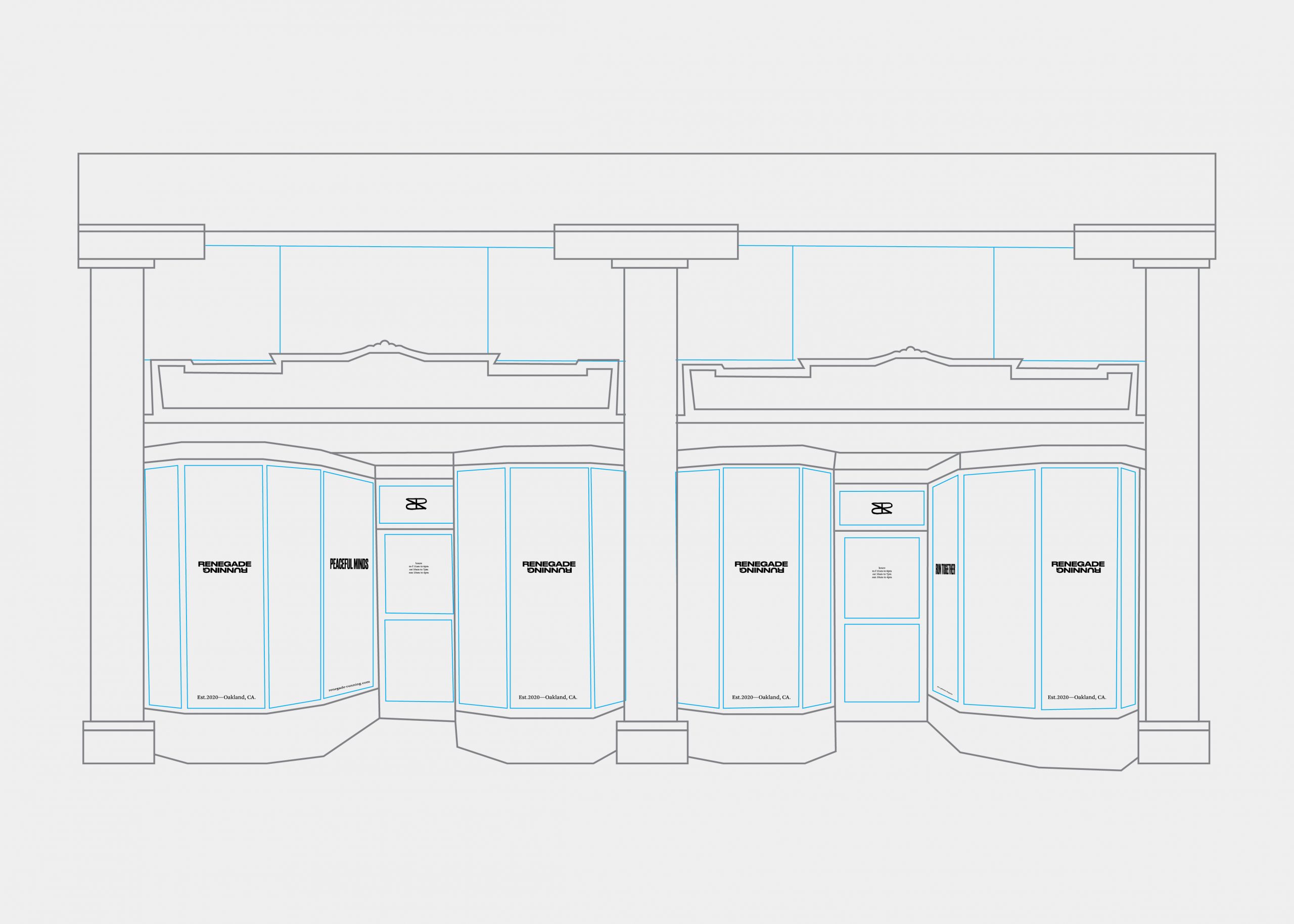 For this concept, we wanted to bring the meaning of Renegade (being against convention), with the grit and spirit of Oakland streets together in a way that is still unique and contemporary. We flipped the word ‘running’ upside down as a visual act of defiance, challenging the viewer’s perception. This alteration also reveals an arrow in the letter ‘G’ of ‘running,’ which not only reiterates this disruption, but also encompasses the notion of movement.

Building off of the wordmark treatment, the unique iconmark calls back to street tagging, leaving a mark of presence or legacy behind. Taking the double ‘R’ from ‘Renegade’ and ‘Running,’ we created a mark that can be drawn using one continuous stroke and reflects the ‘R’ doubled and ﬂipped. It was also important to us that this mark was simple enough that anyone from the city could draw the mark. This gave the mark a more local appearance, reemphasizing Renegade's presence as a home-grown brand, from the Oakland and for Oakland.

We referenced the tactile elements of poster and printmaking that are rooted in protest as inspiration for the brand system. We used a bold and more expressive typeface for headings and paired it with a sophisticated serif for body copy and details. This type pairing showcases the duality within the brand, 'Peaceful Minds and Loud Voices'—we saw running as a form of meditation but also as a form of resistance. Meanwhile, imagery and colour add a contemporary aspect while continuing to reinforce the aspects of resilience and being part of a united voice. 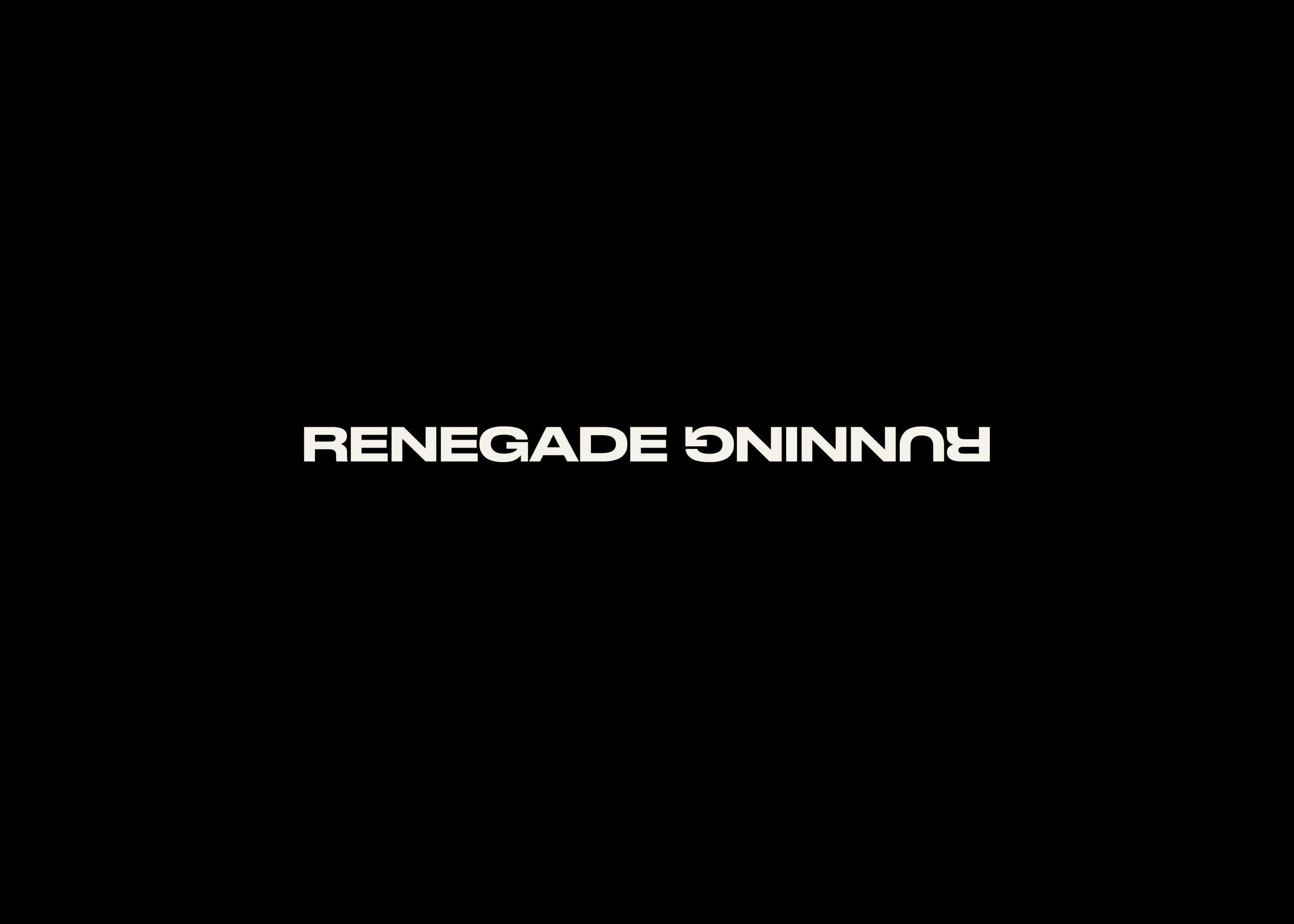 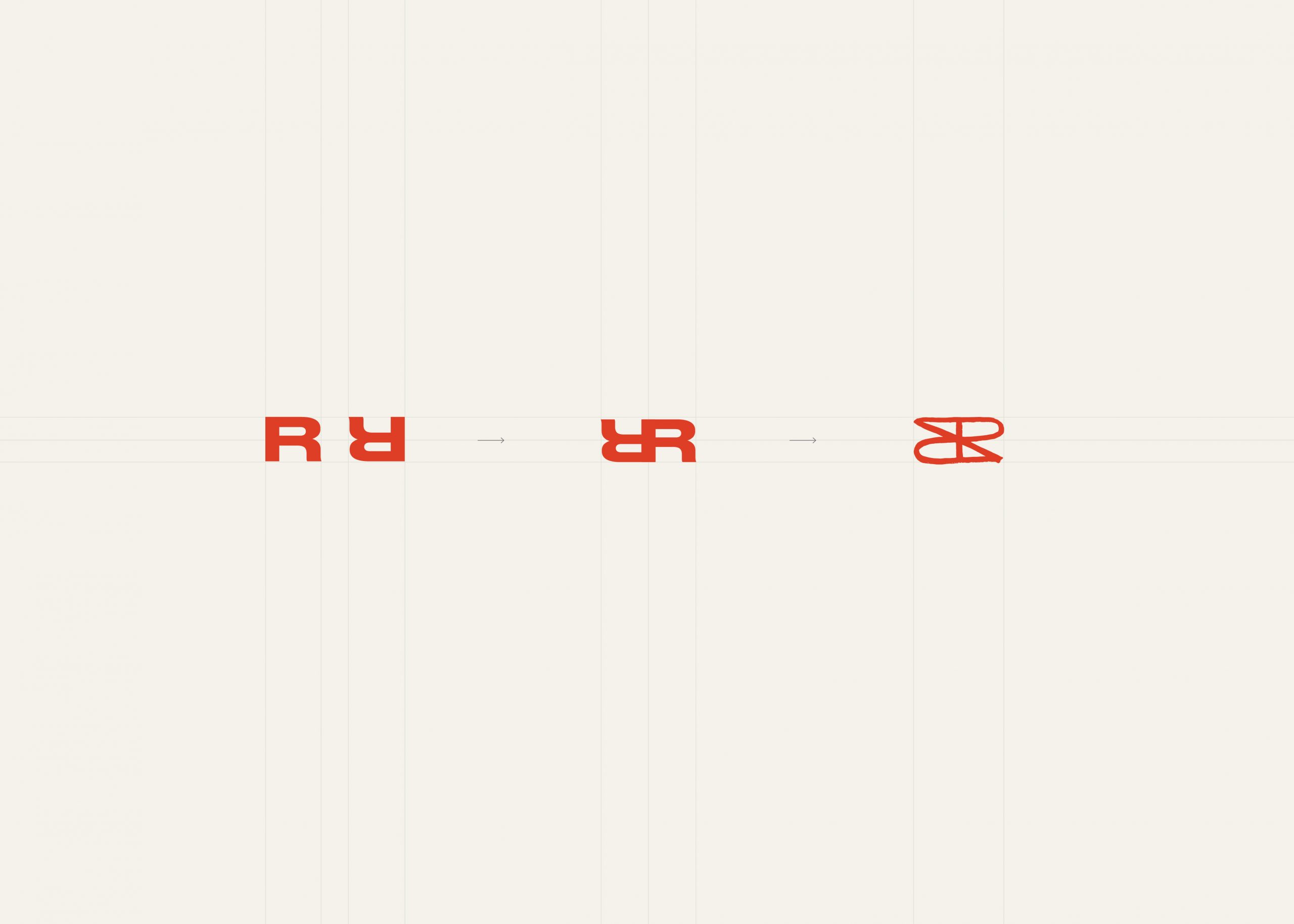 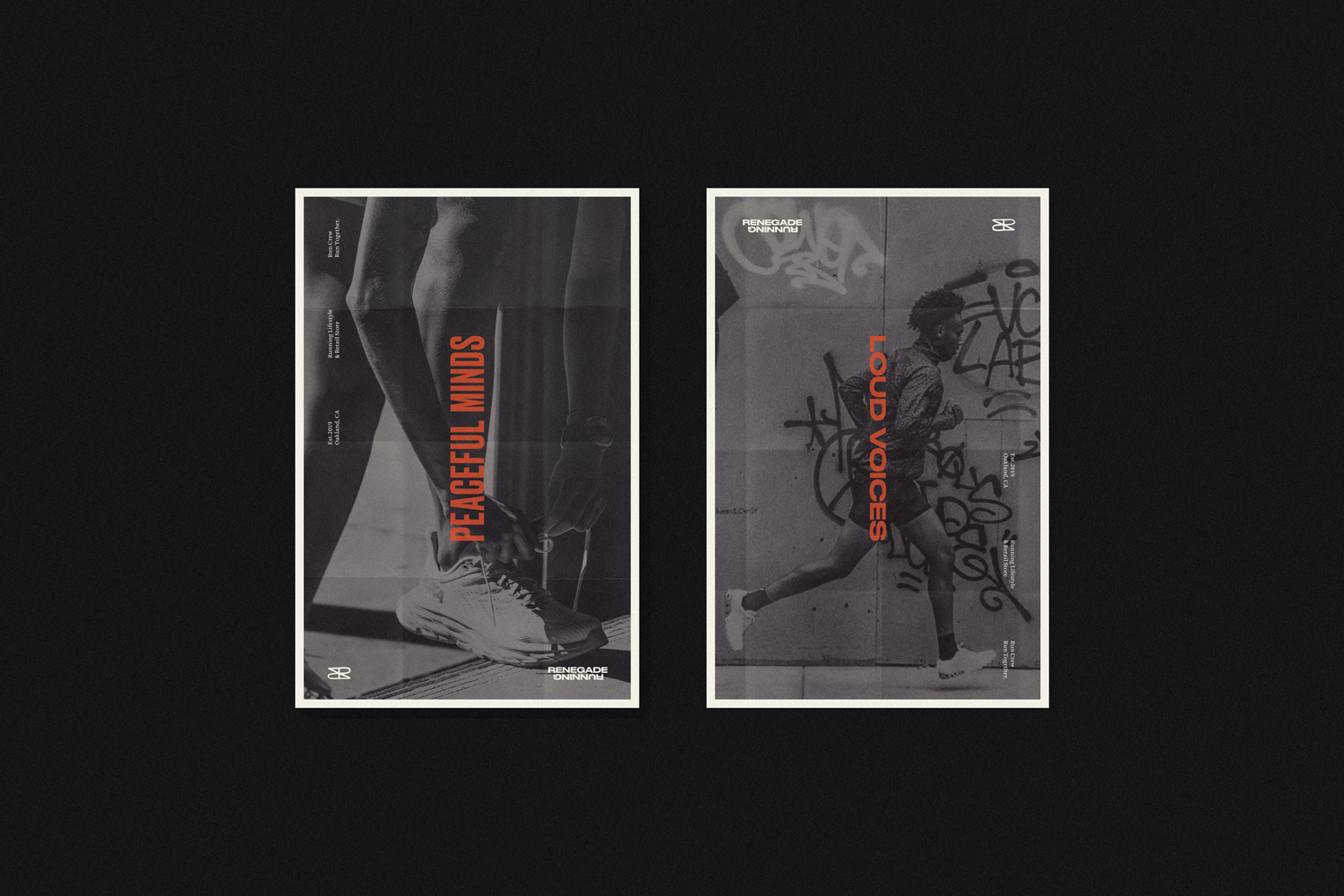 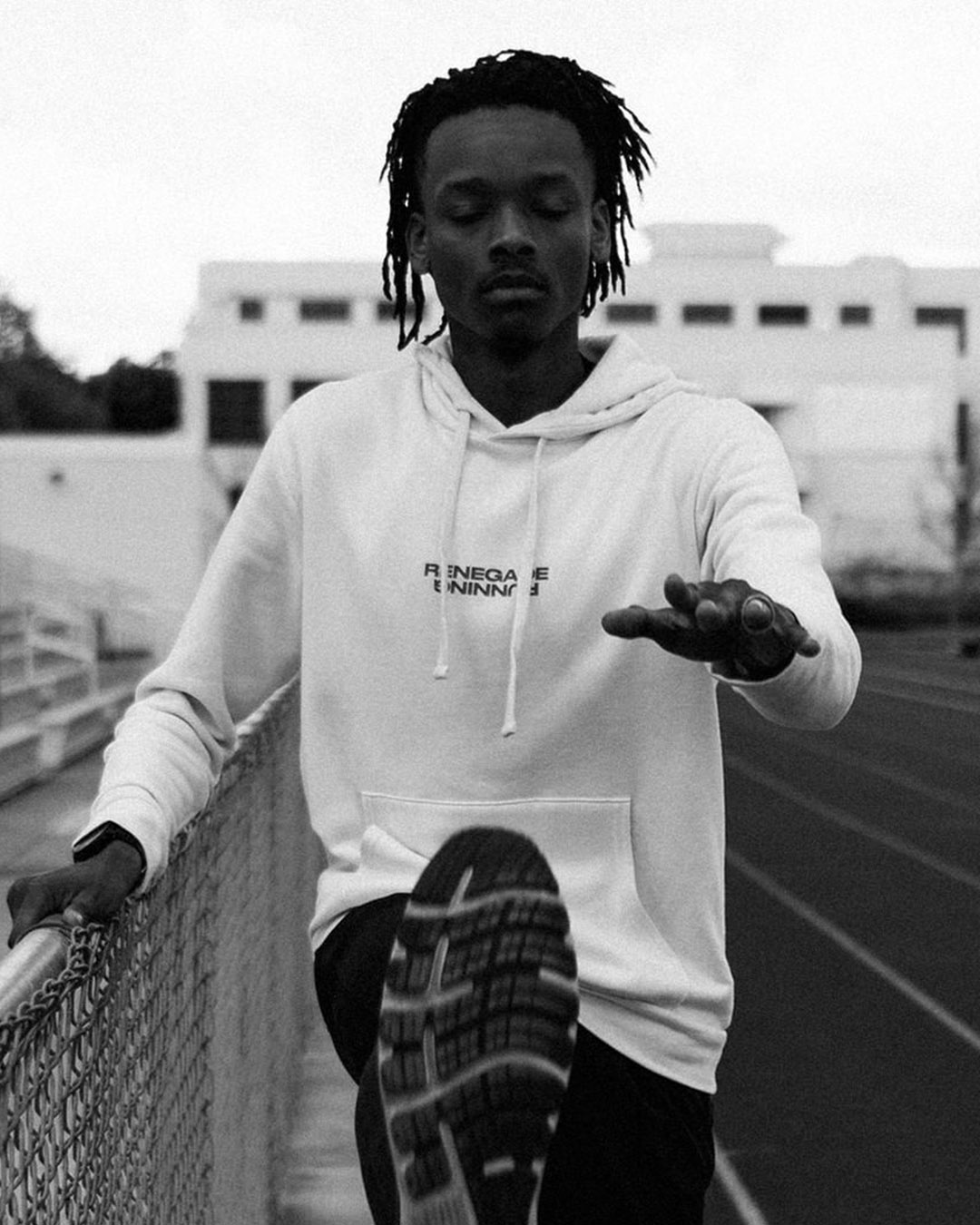 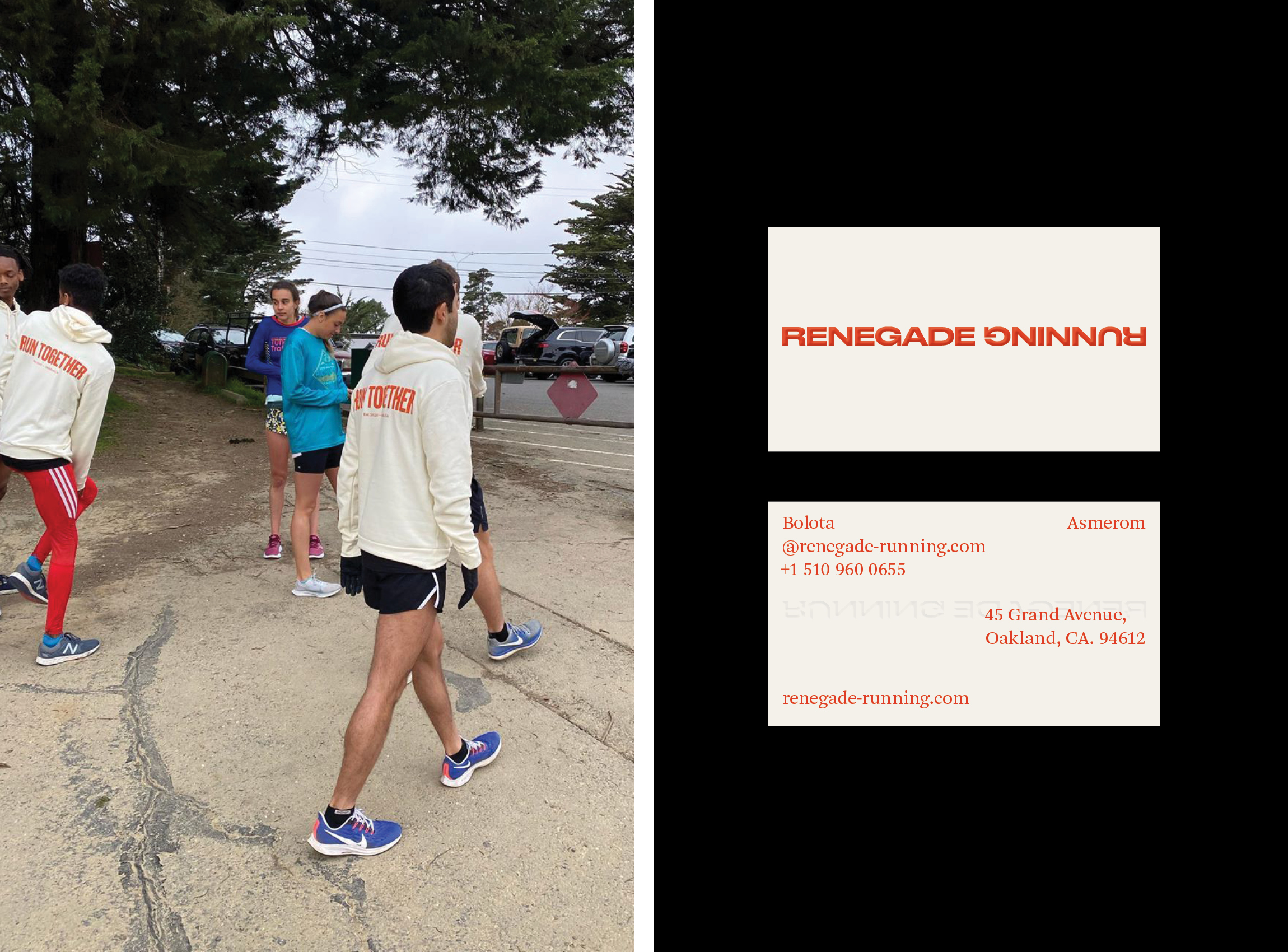 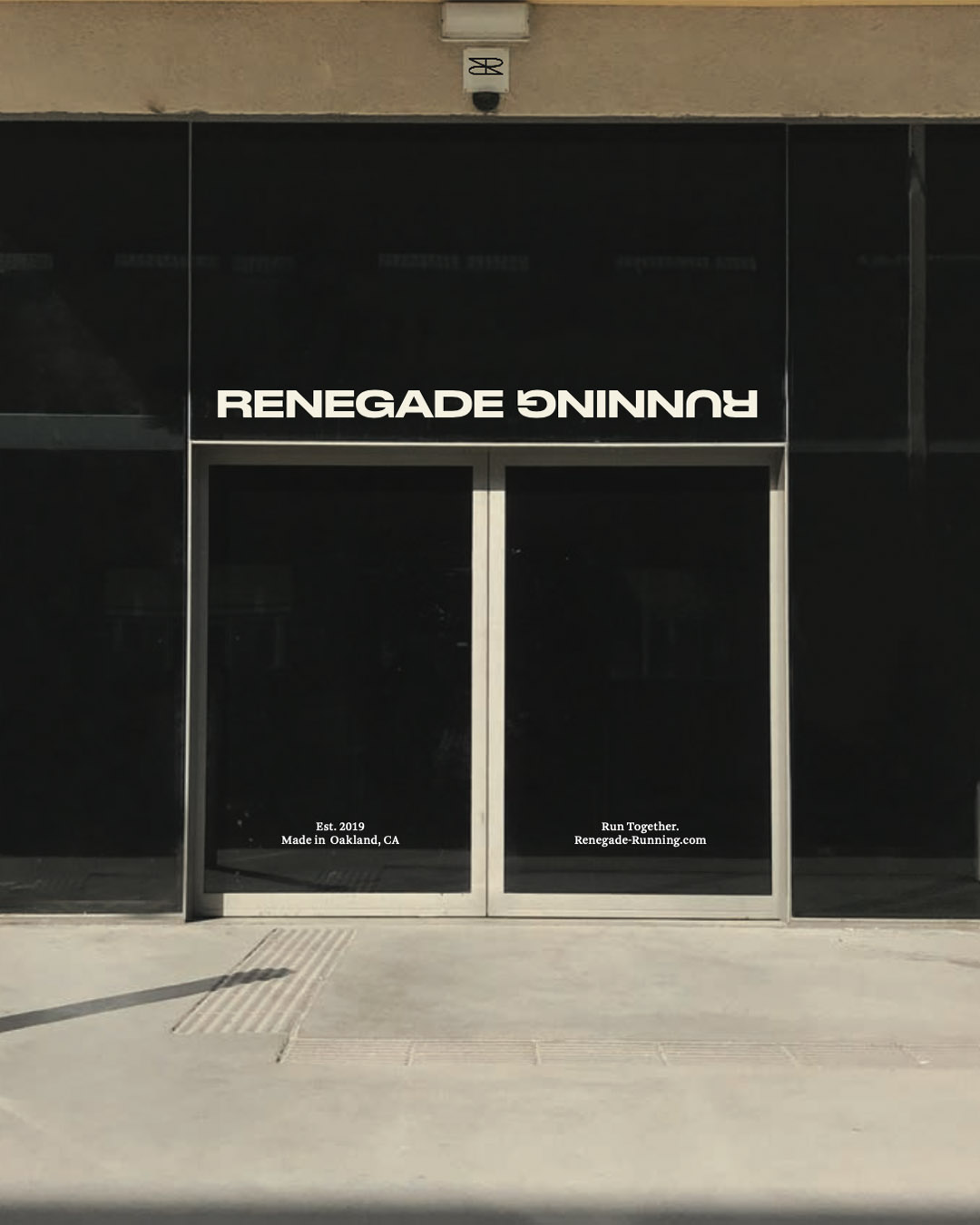 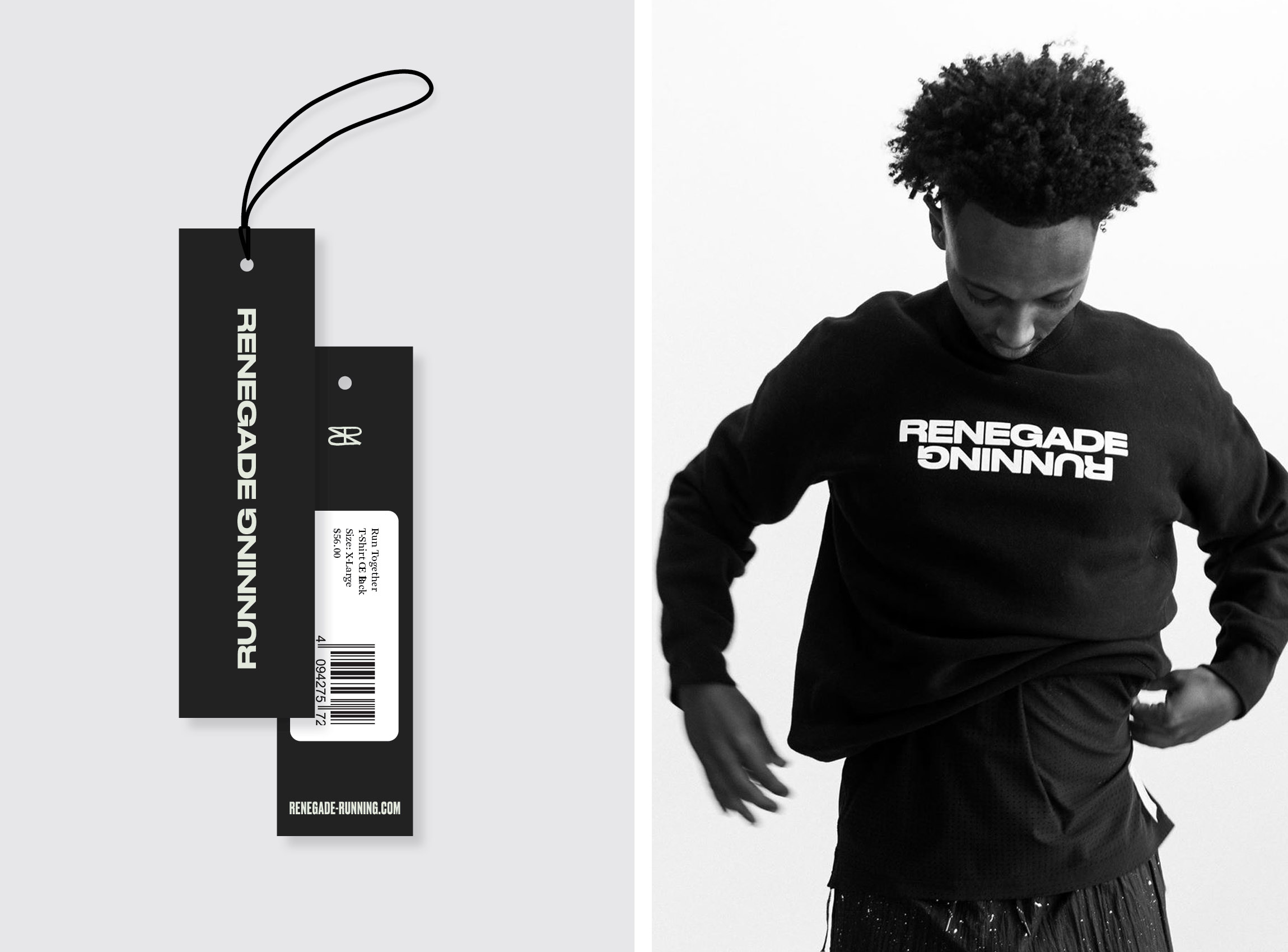 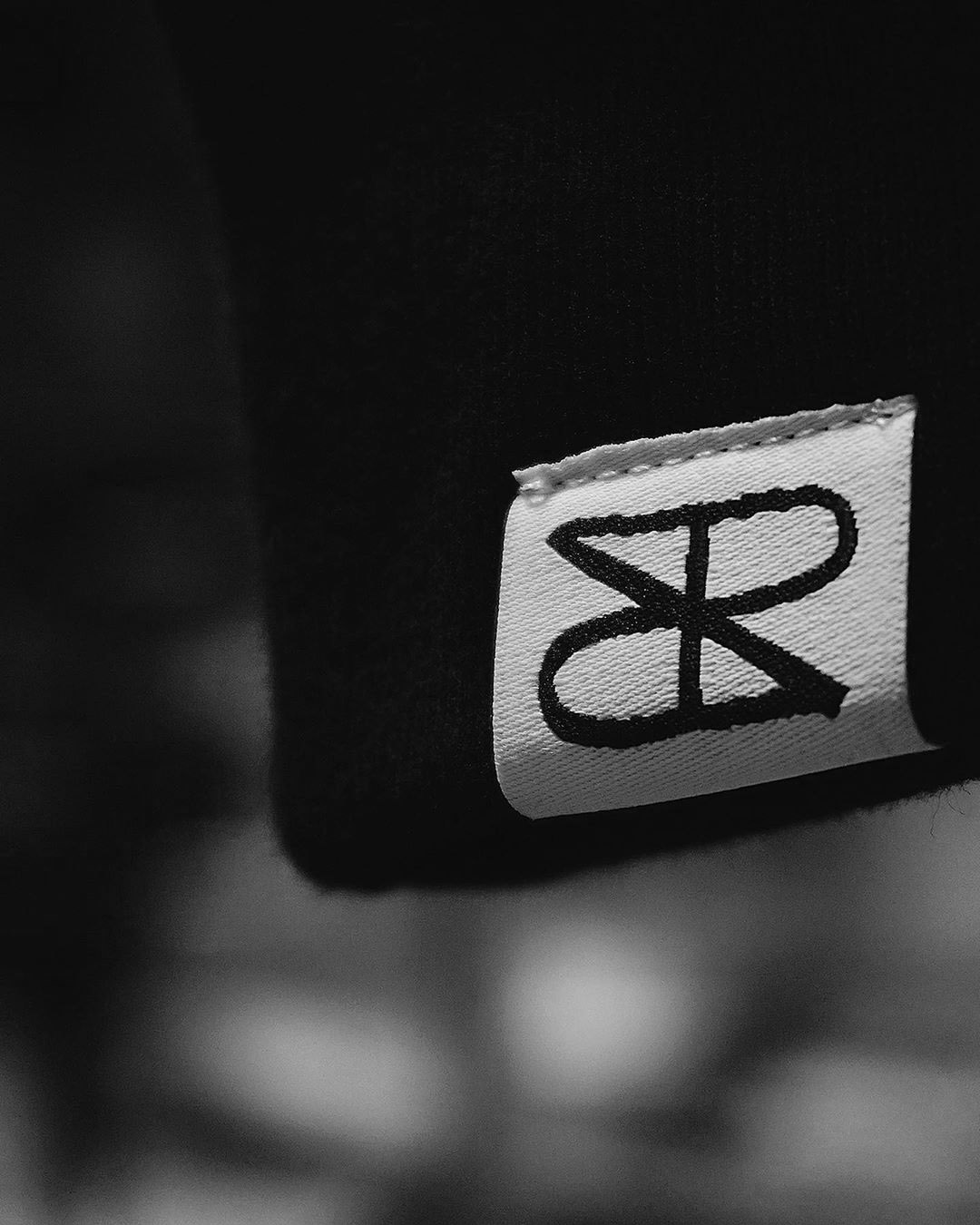 In designing the Renegade Running website, we wanted to both create a platform that can offer a great curation of running products and also act as an online hub for the Renegade community, highlighting events and the spirit of the community in Oakland. The brand typefaces and colour tones are implemented throughout the site layout. On the homepage, main banner area provides both a section to highlight community updates as well as a section to promote products, reflecting the dual focus of the website. 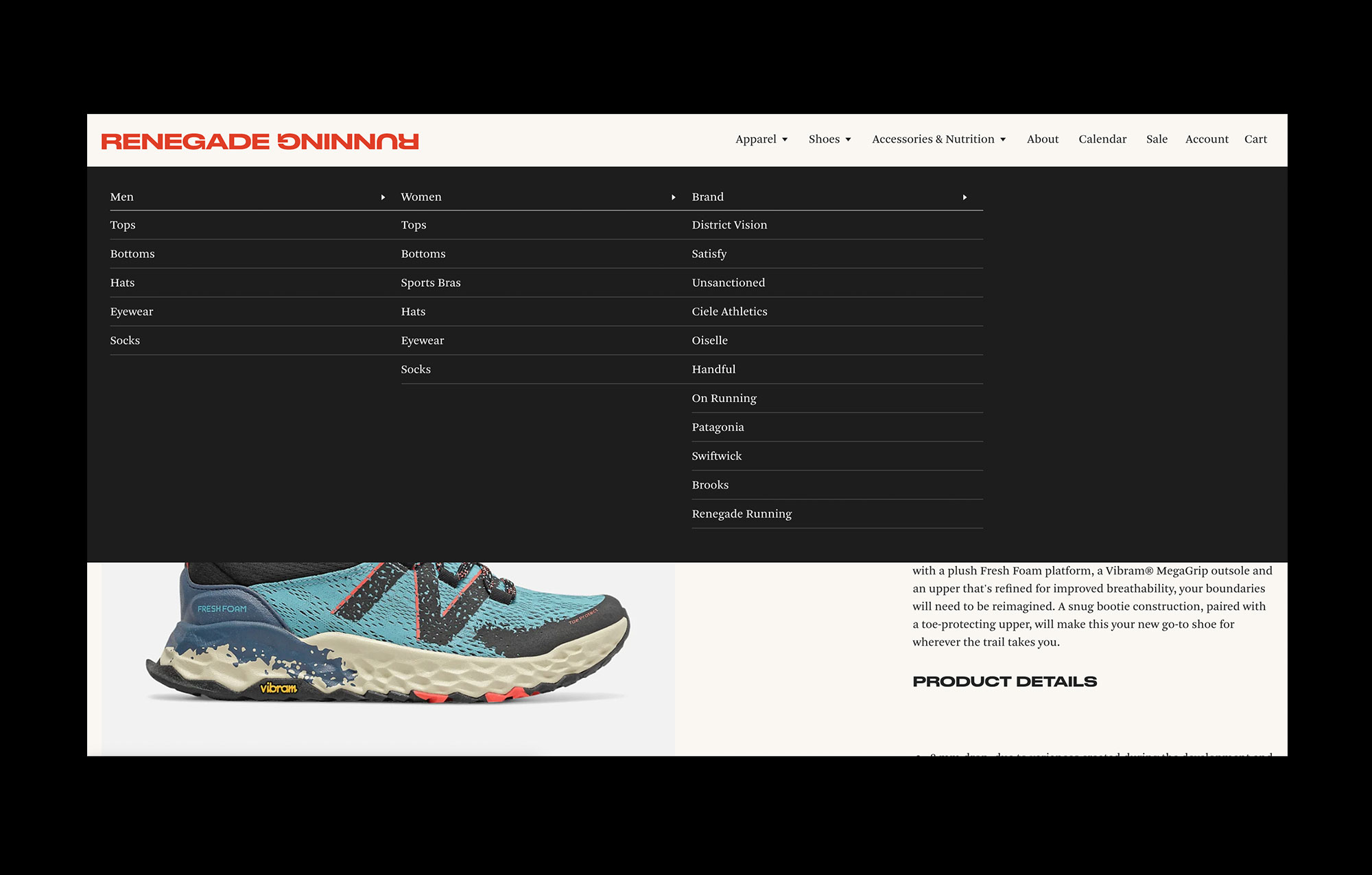 Situated at 45 Grand Avenue, in Oakland, CA, the running lifestyle and retail store is located two blocks from Lake Merritt in downtown Oakland—a three mile heart-shaped shoreline in the centre of an exceptionally diverse city. Beyond just a retail store, 45 Grand Avenue will be the meeting place for the neighbourhood to gather for runs and workshops. The vision of the Renegade store is to become a source of inspiration and support to runners at every level within the city.

The interior design and architecture is credited to local Bay area studio, Caha Design Group. Our team was connected virtually to ensure the exterior and interior vinyl display fit seamlessly into their design. We can't wait to visit the shop and the wonderful people behind it once things have all settled. 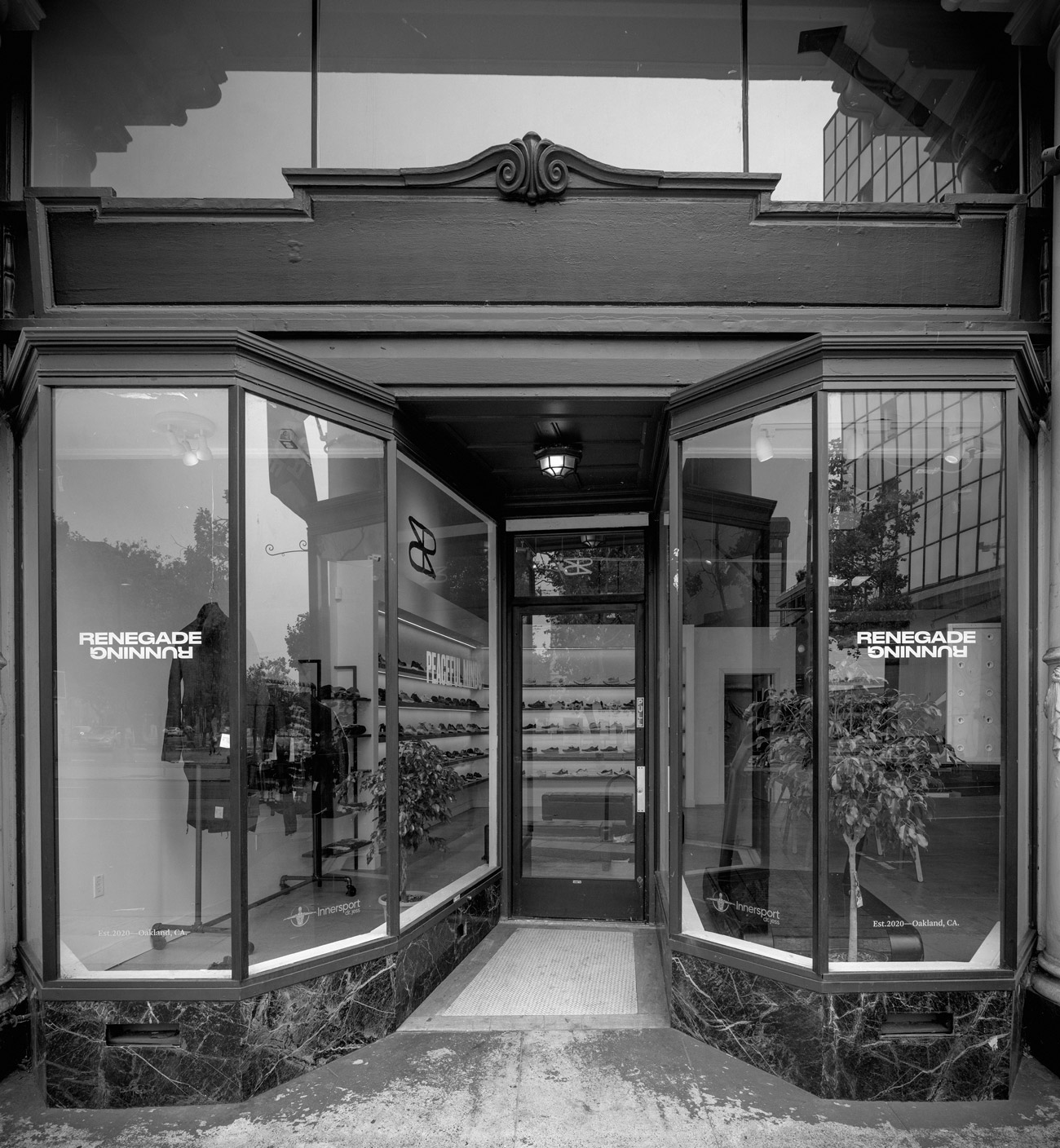 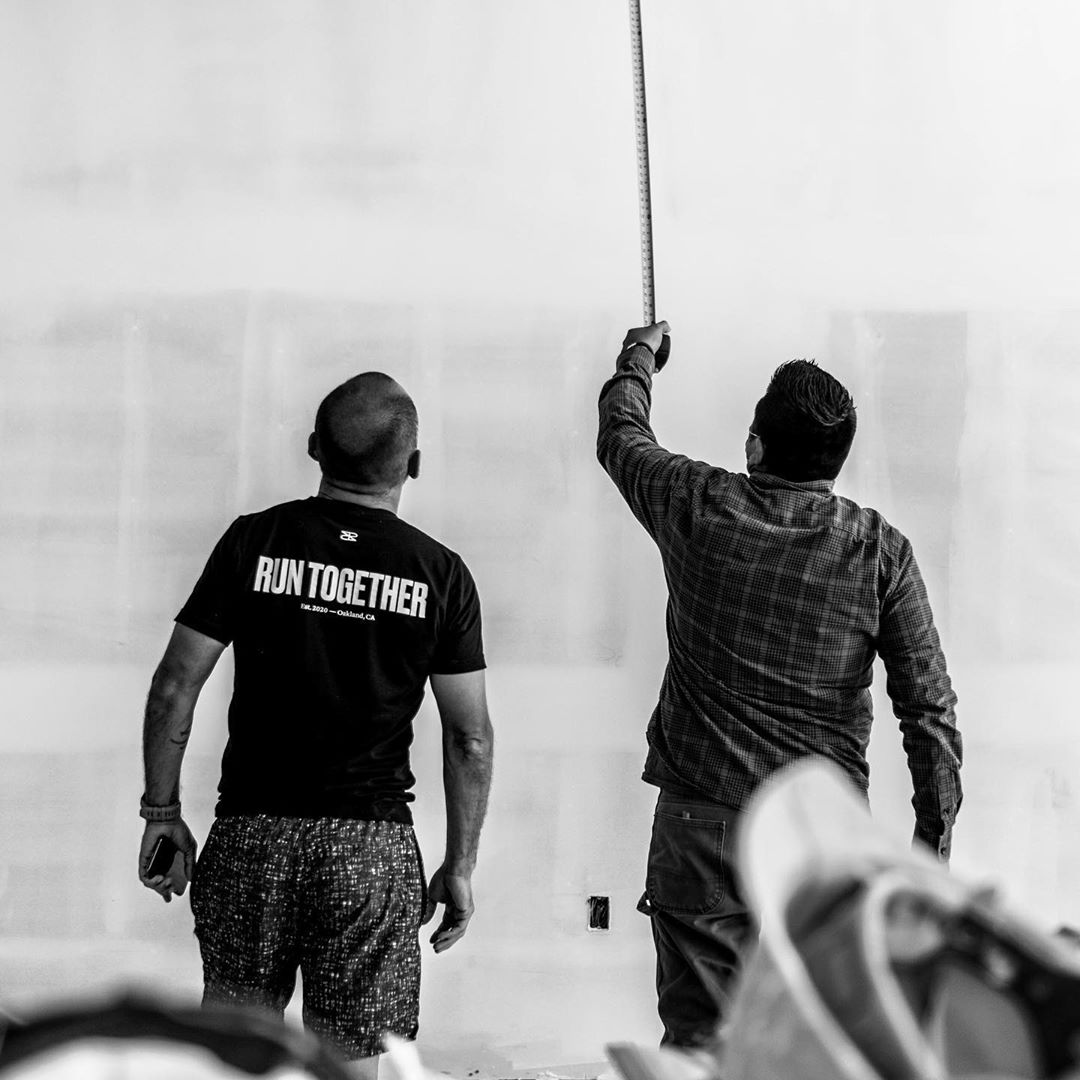 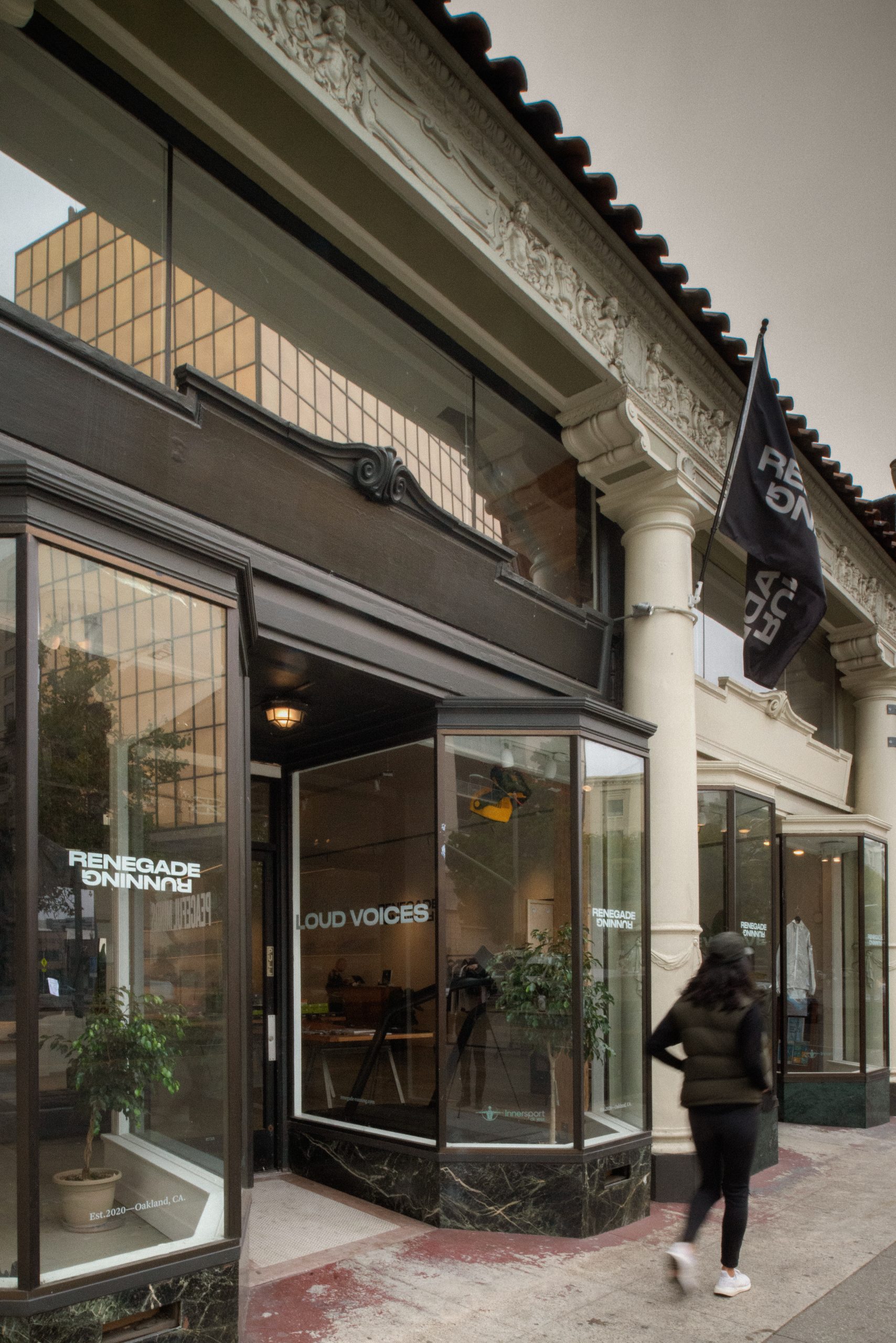 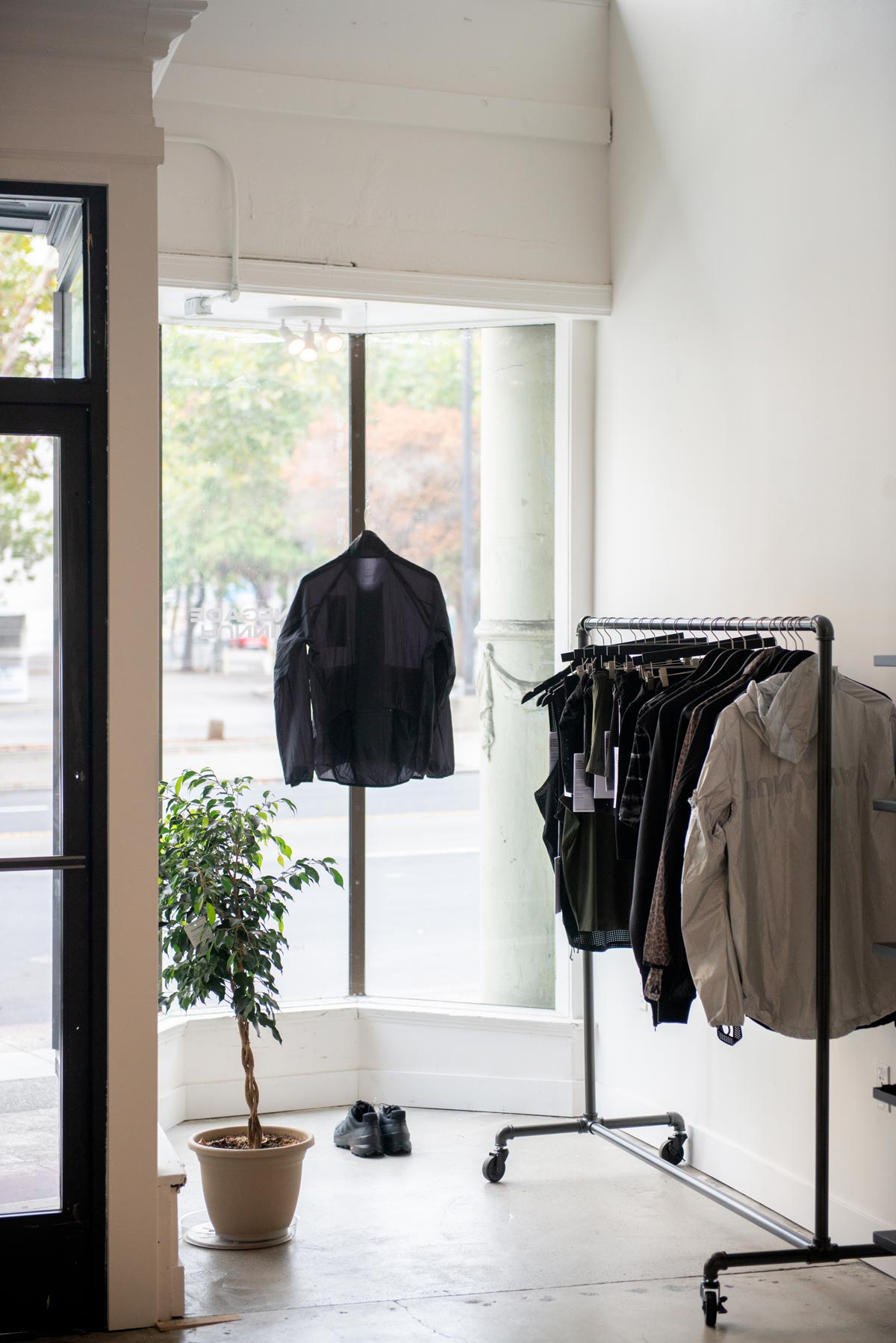 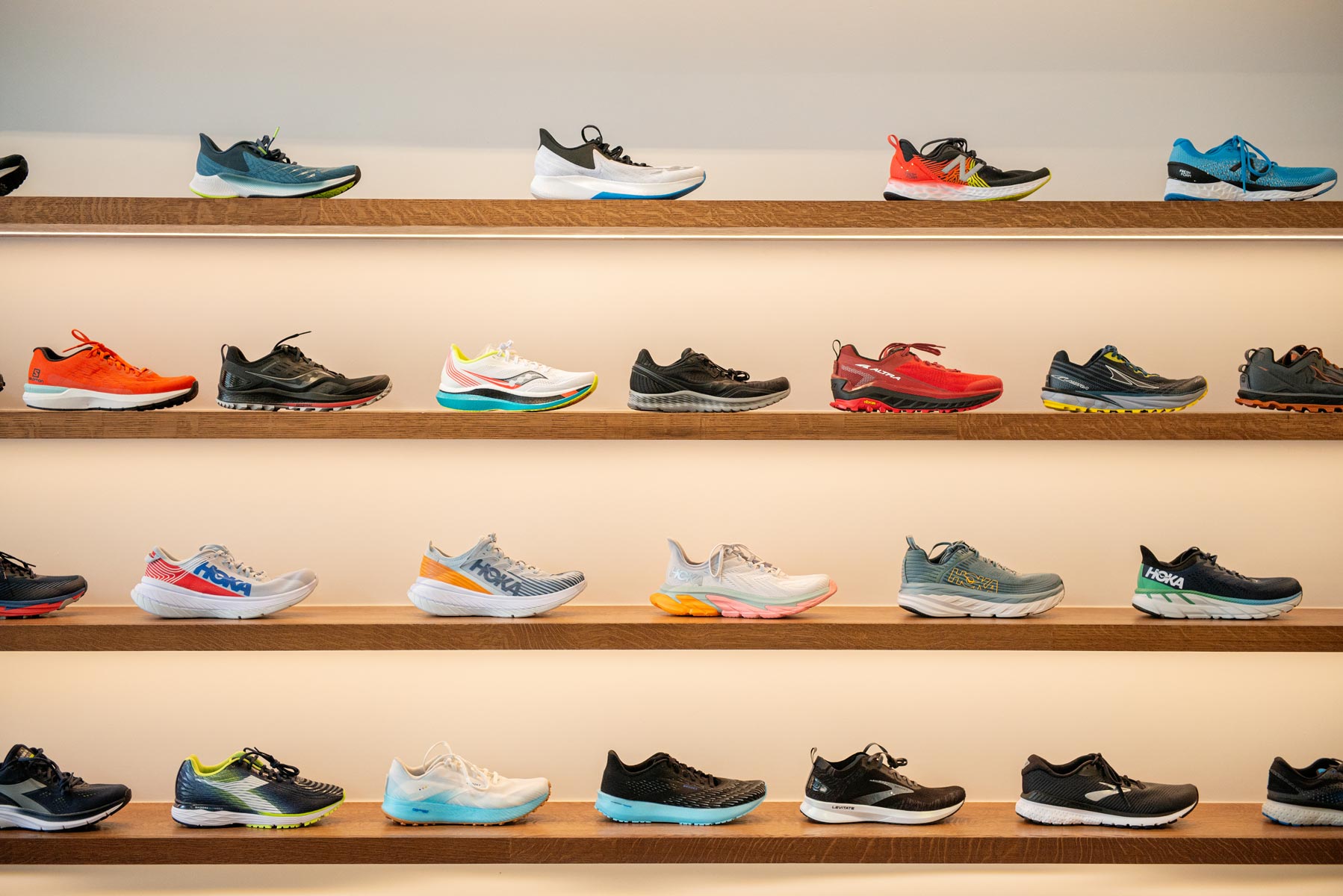 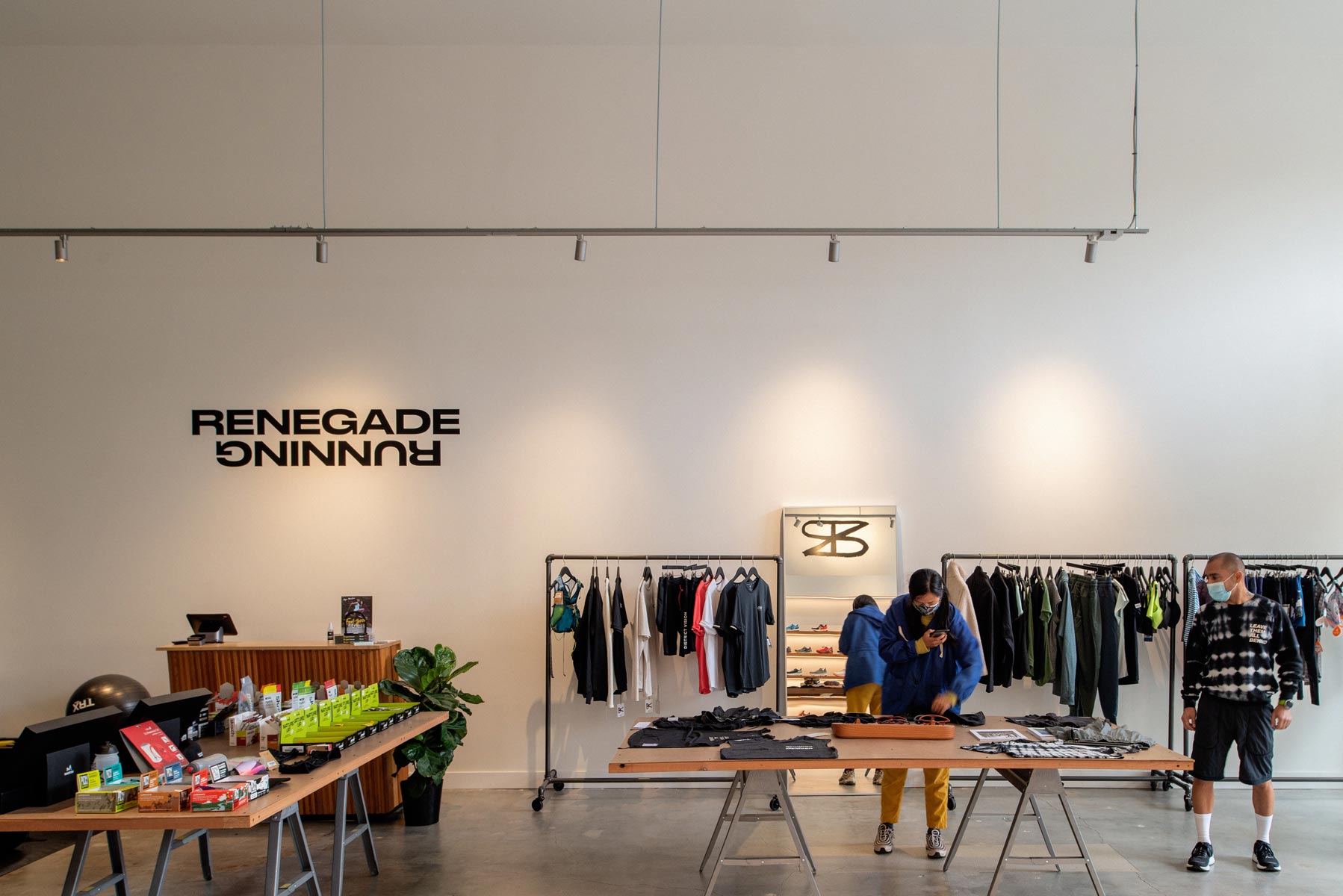 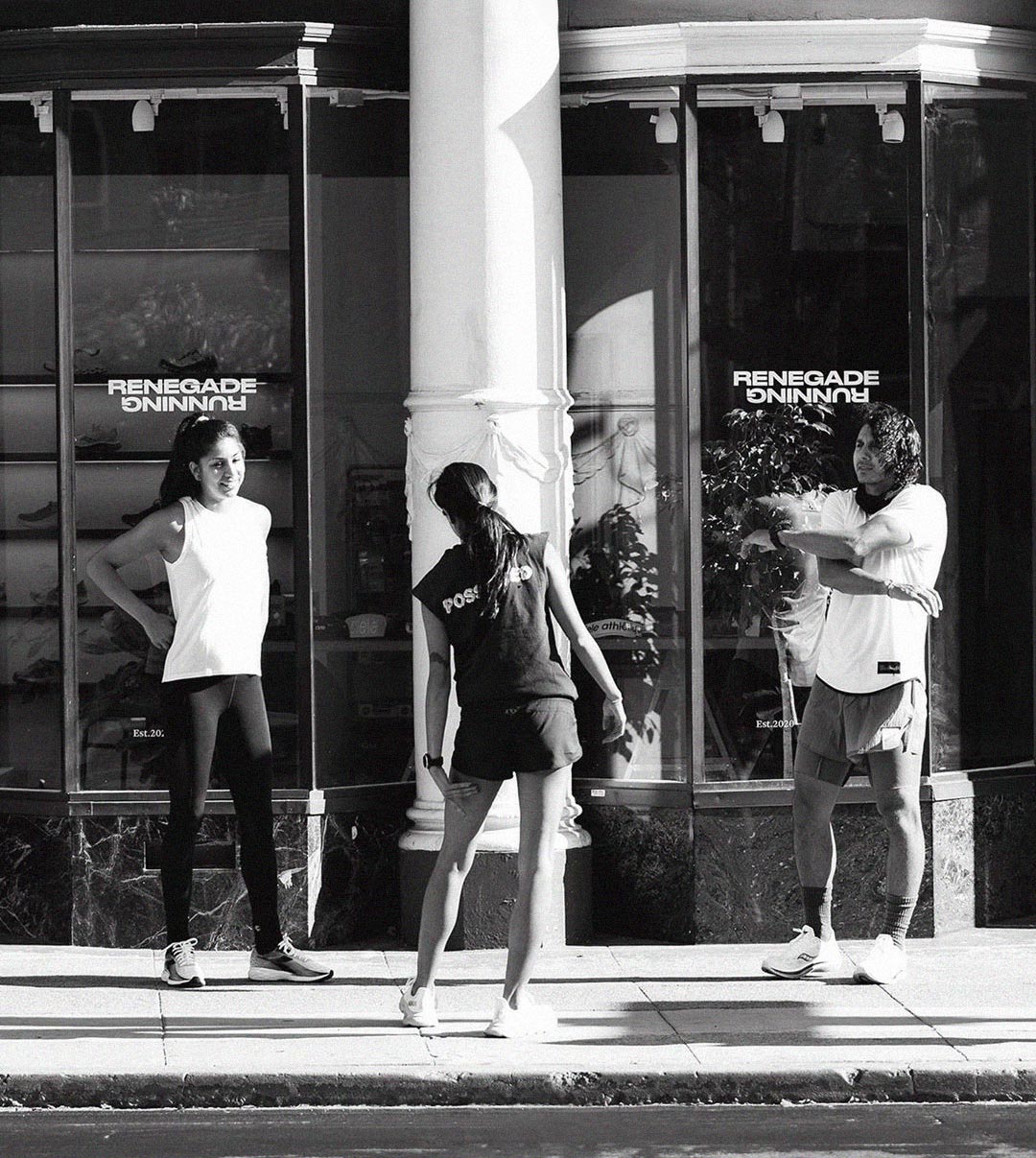