In the Spring semester of my fourth year at Emily Carr University, I explored the possibilities of improving legibility and overall usability of pairing latin letterforms with Chinese characters. The hypothesis came about from a recent trip back to Macau, where I spent a few short years of my childhood. Going back this time allowed me to see my childhood home with a fresh perspective. What continued to catch my eye was the use of multiple languages in signage, airport documents and print in general. Despite how trivial this issue might seem to most people, I became more and more curious in this aspect of typography—especially as it spoke to my background being a Canadian-born Chinese.

1
Refinement of the shape and structure for the letter “a”.

I settled on a straight treatment of the top of the lower storey of the “a” as it helped the “a” look structurally more balanced.

2
Further exploration of the stylistic approach. The nuances and details of the characters were important to achieve harmony between the Chinese characters and the English letter forms.

3
Process of early explorations of character forms and variations. 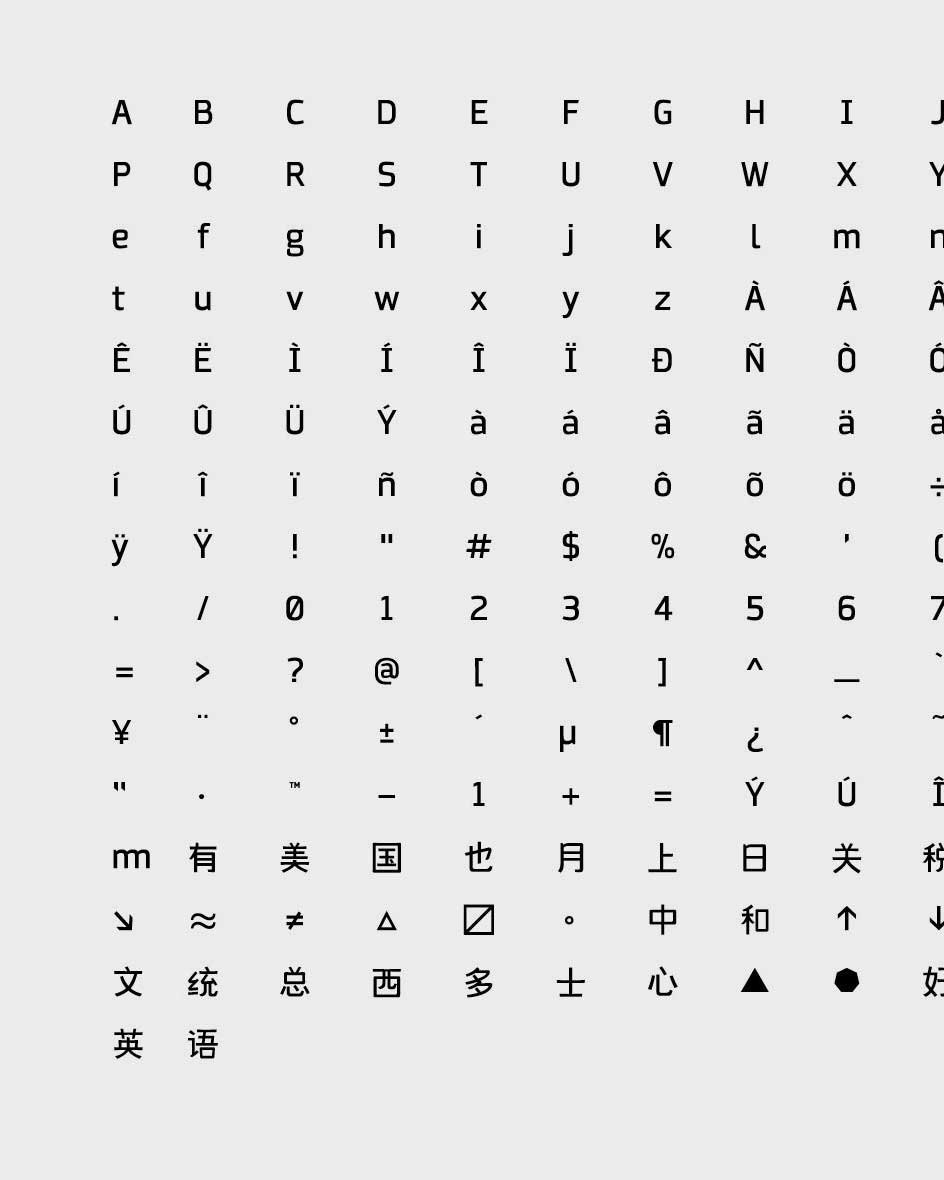 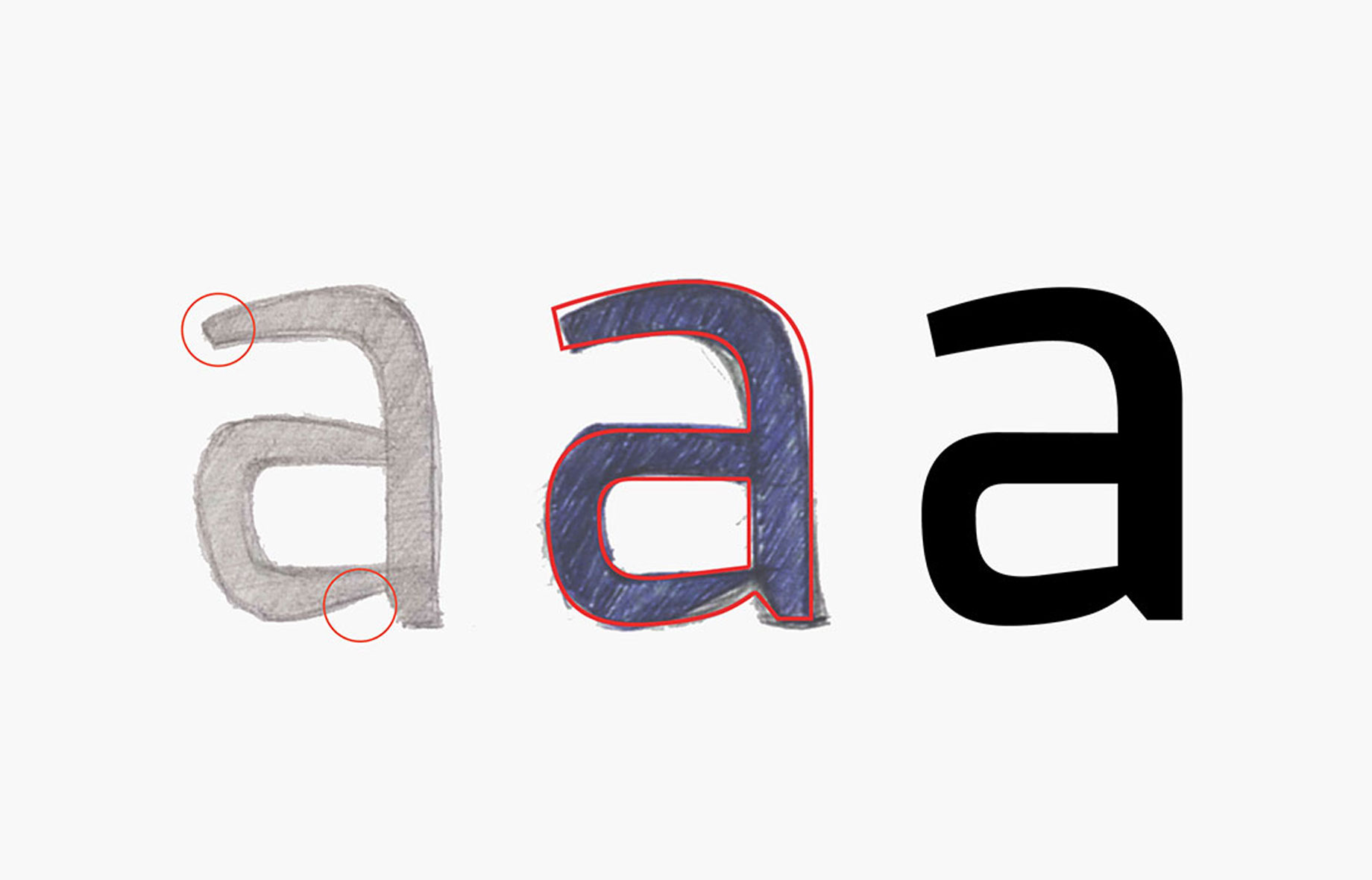 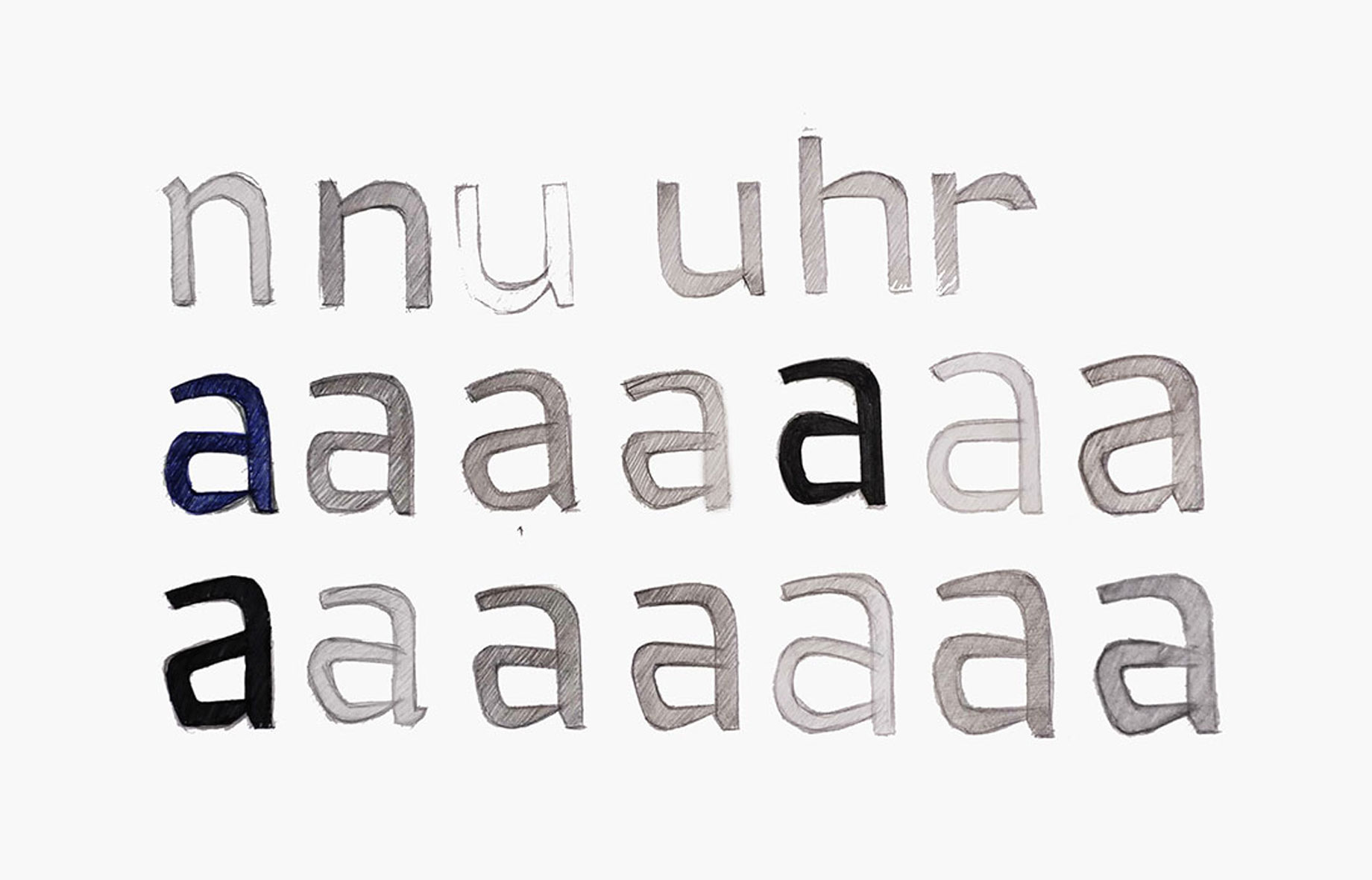 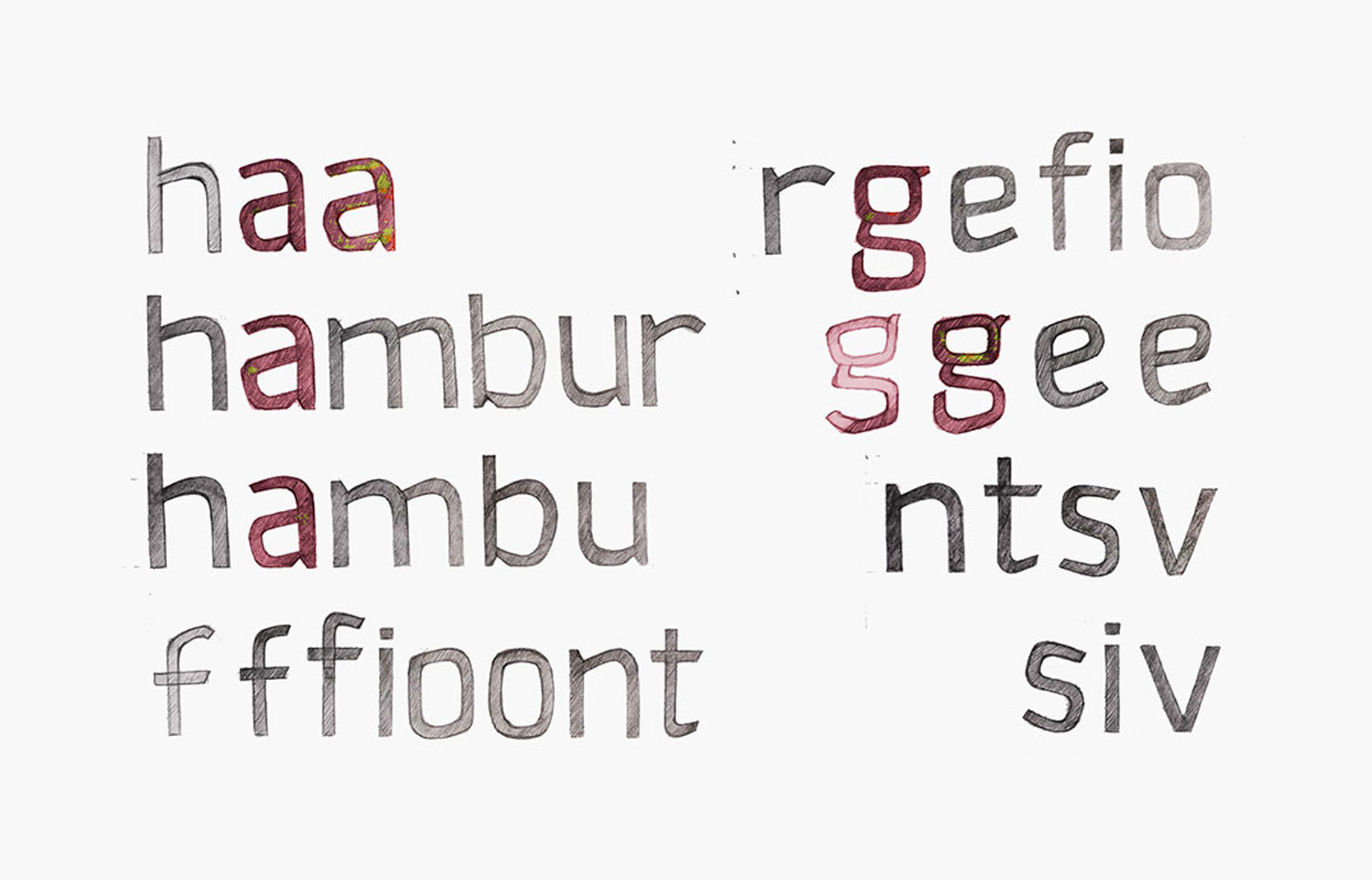 Discovery
Once we got into researching our thesis topics, I quickly realized how talented though small the type design community was around the world; and then how much smaller of a percentage of type designers looking into the same concerns I had. My research led me to contact designers Roman Wilhelm, Keith Tam and Julius Hui—each being instrumental to my learning of the design relationships between the two language forms. What I gathered from my research was that a taller x-height and wider letter-forms would overall, help better blend the visual appearance of English and Chinese words together. 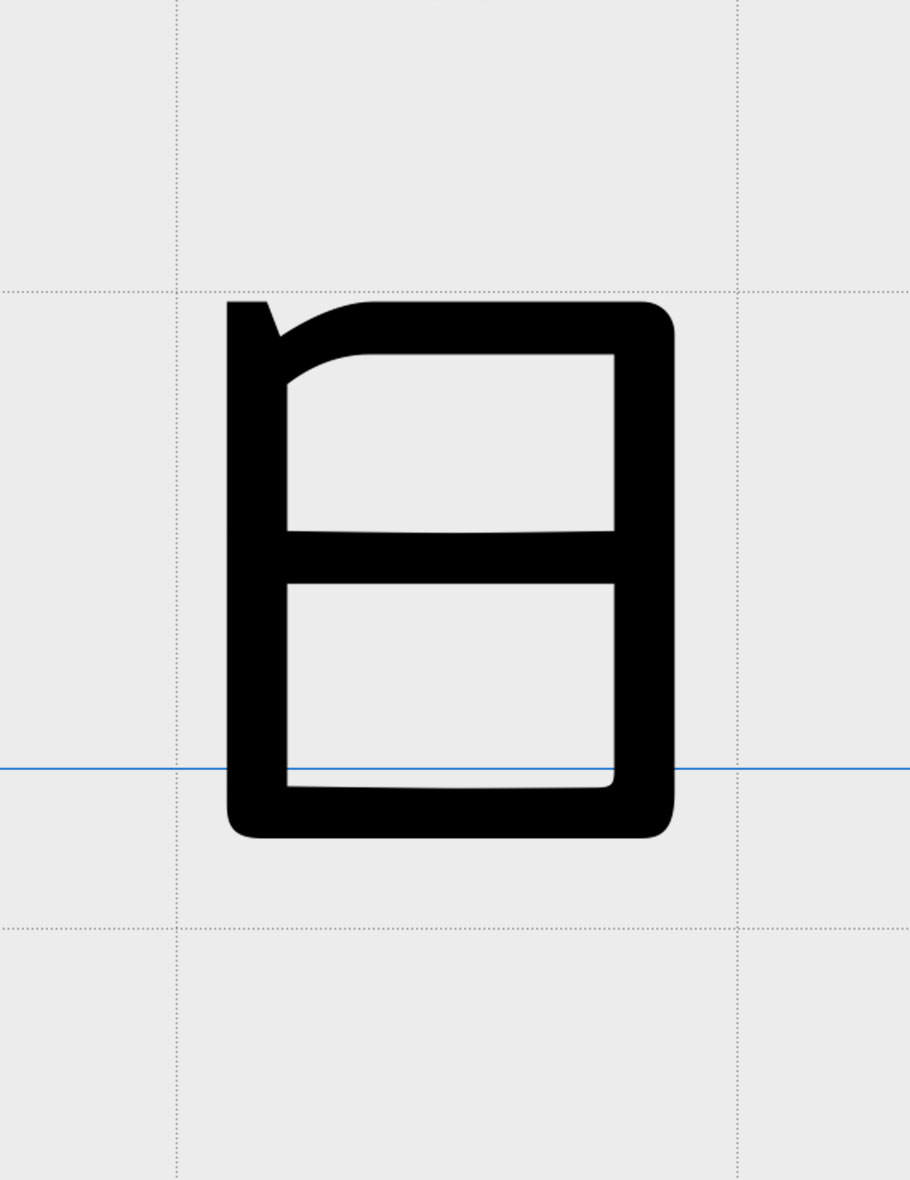 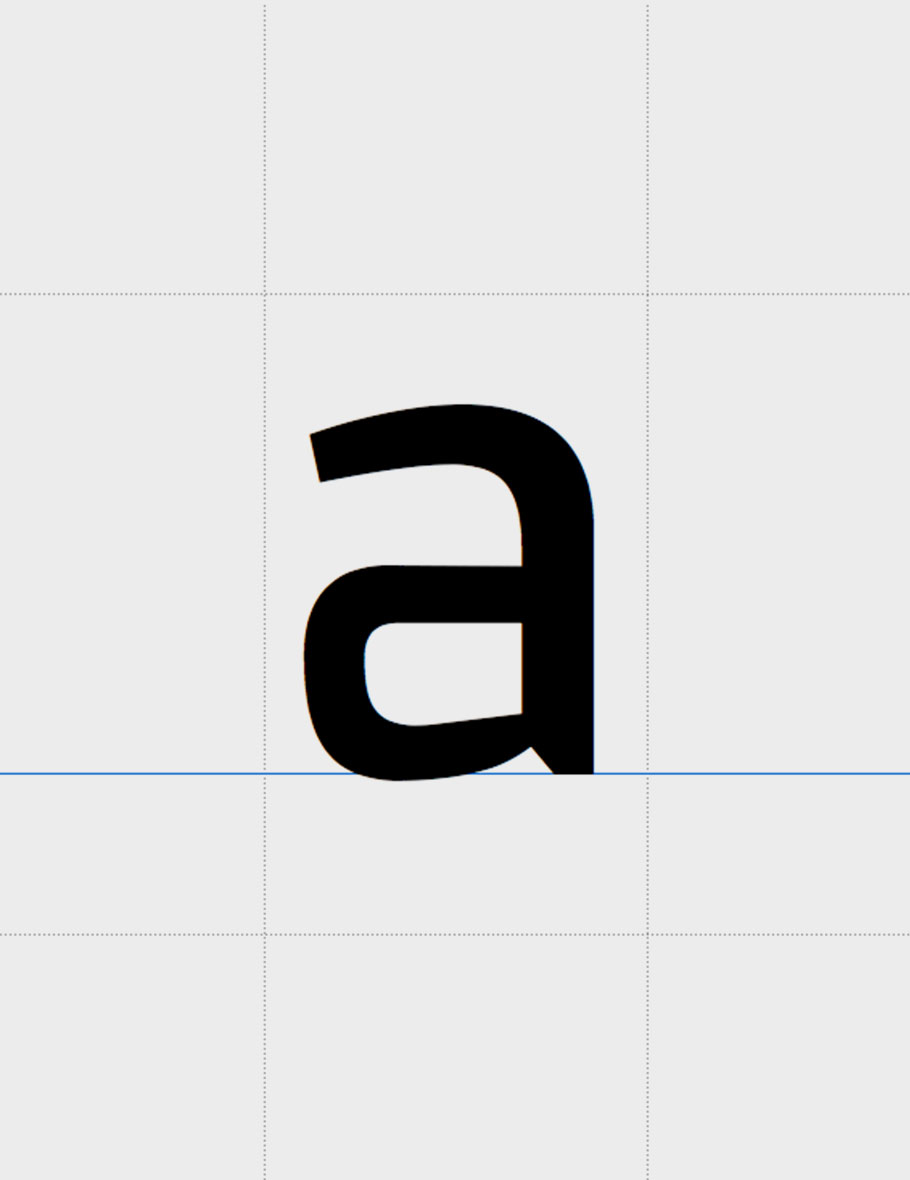 7
Pairing of English and Chinese characters for French toast.

8
Example of the English and Chinese characters used together in a paragraph.

11
During the project research stage, various Chinese typefaces and examples of English and Chinese pairings were documented and studied.

Design
I began my design process referencing existing bilingual fonts as well as airport signage. My inclination was to create a contemporary sans-serif that would achieve a more universal appearance overall. As I began to design the characters, the “darkness” or heaviness of the character forms would be a significant factor to account for as well. Balancing the weight of the latin letterforms and the Chinese character was a certainly a challenge due to the natural density of the Chinese characters and number of strokes. 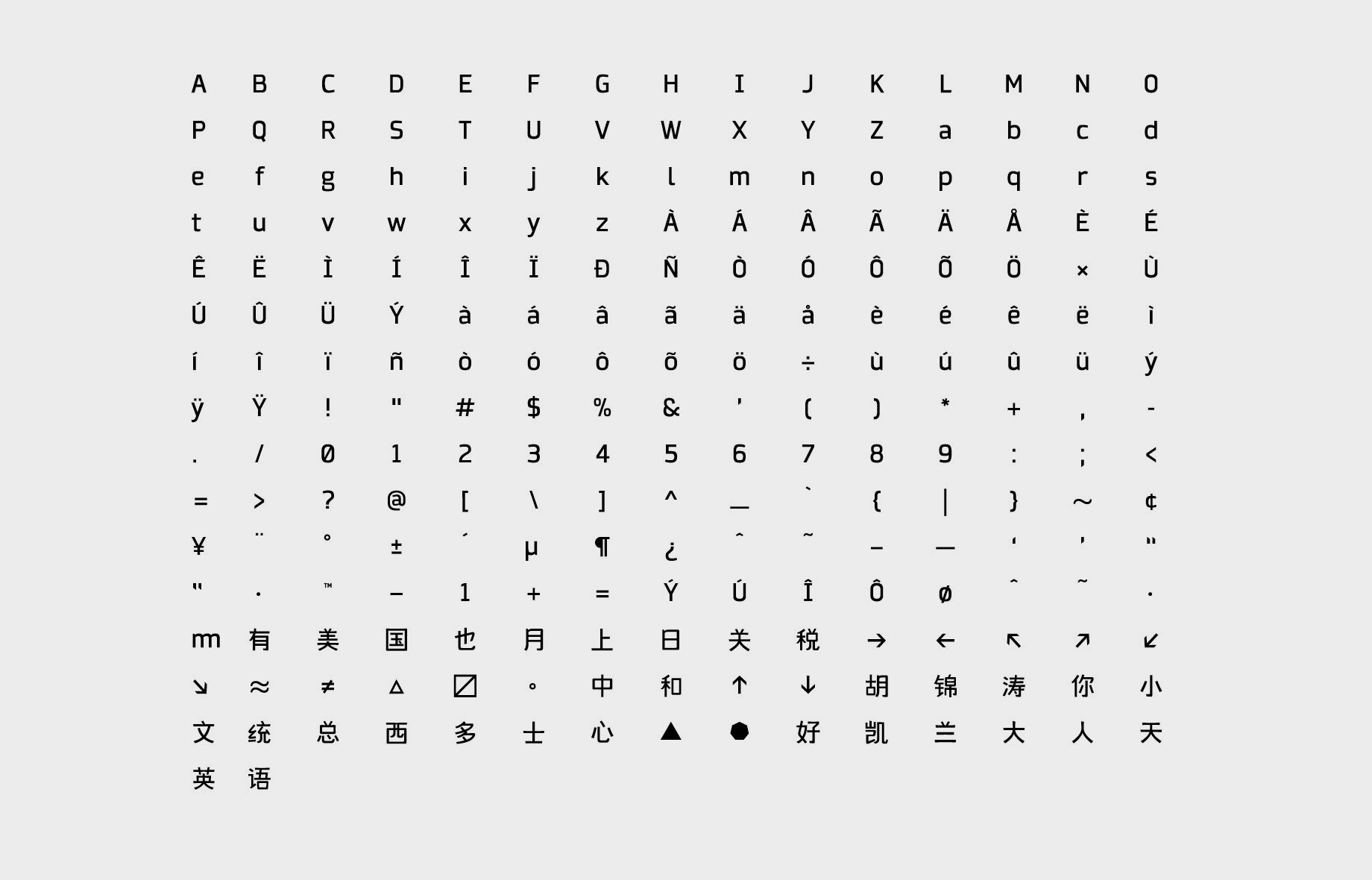 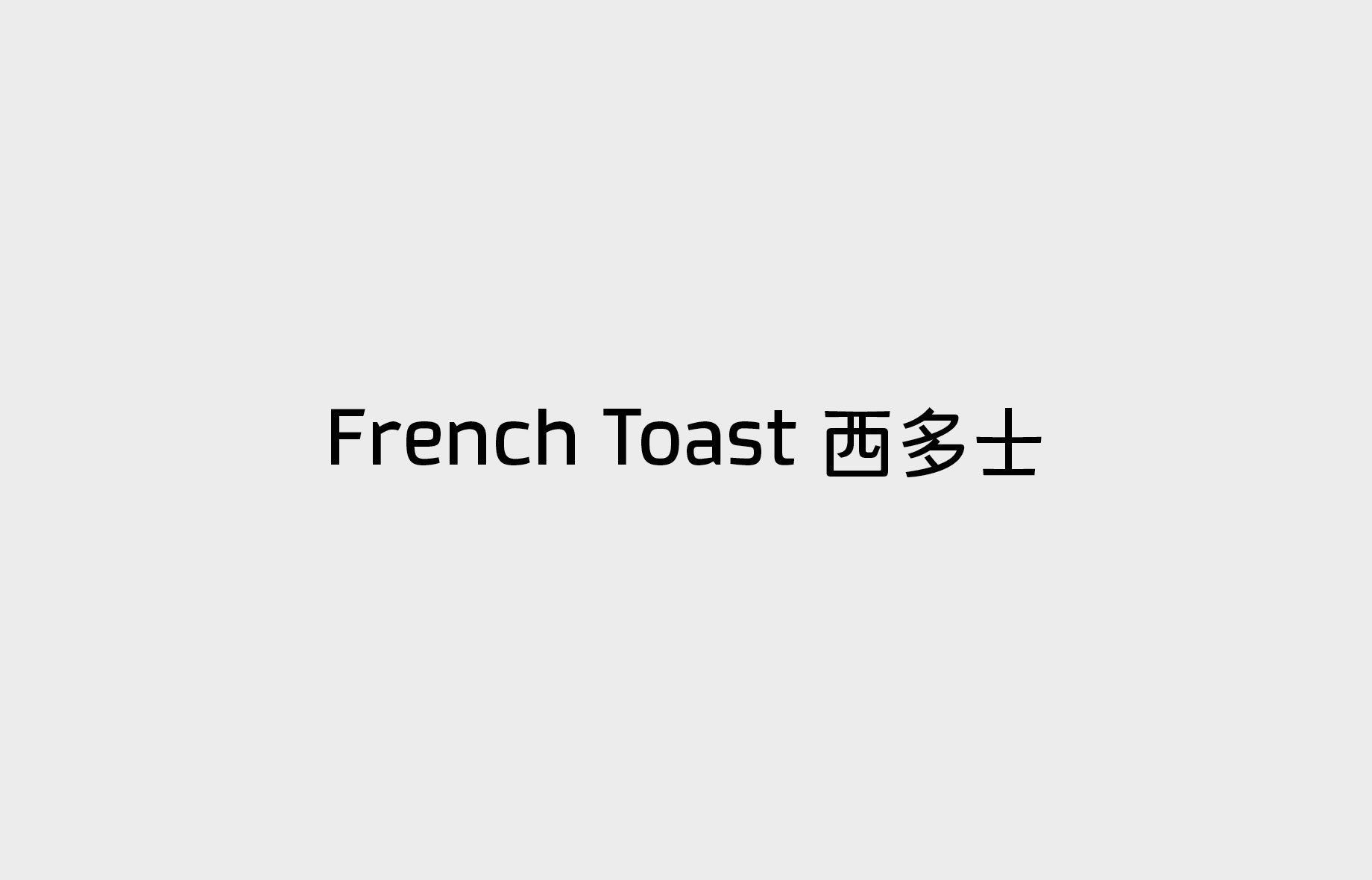 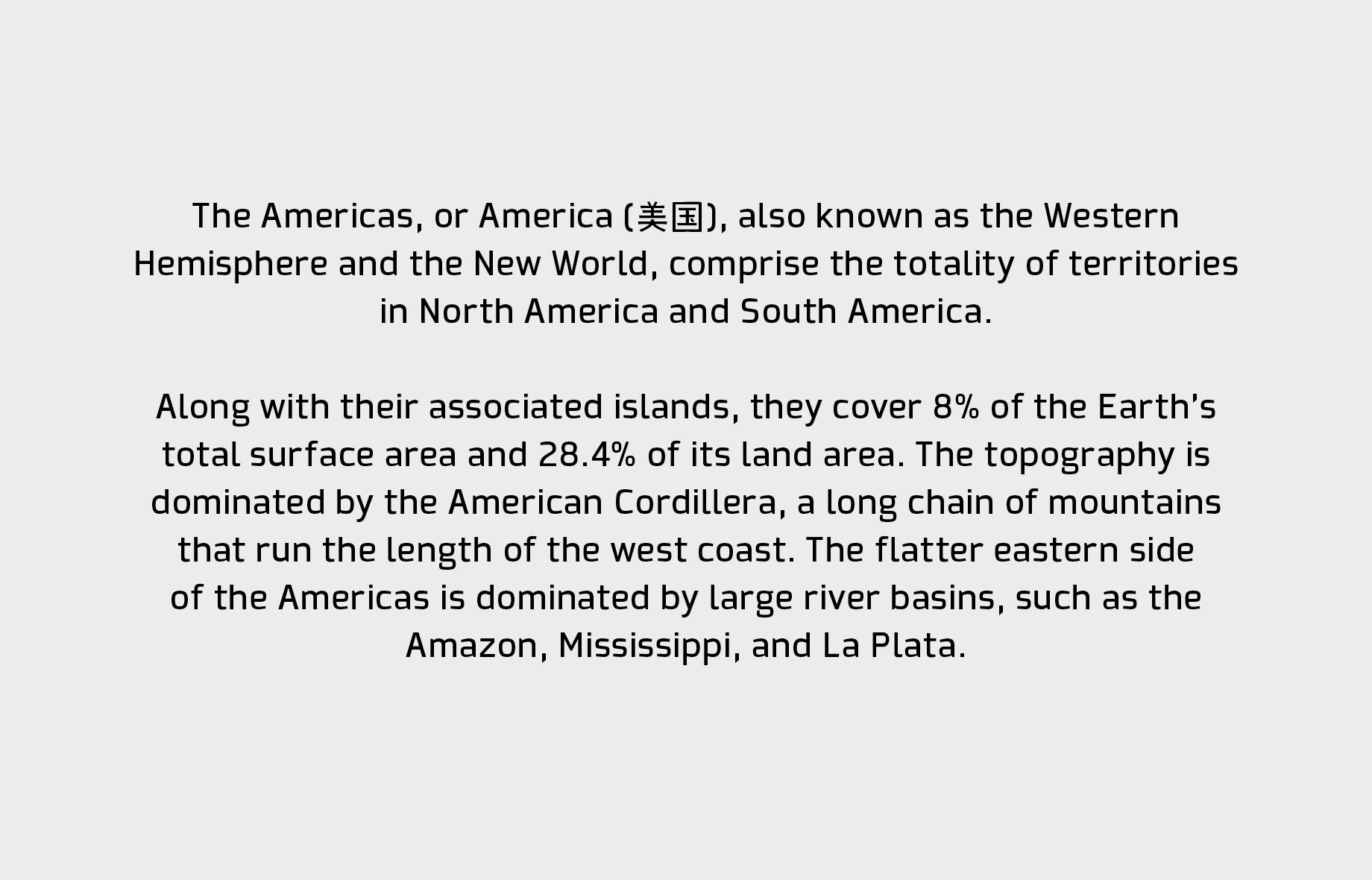 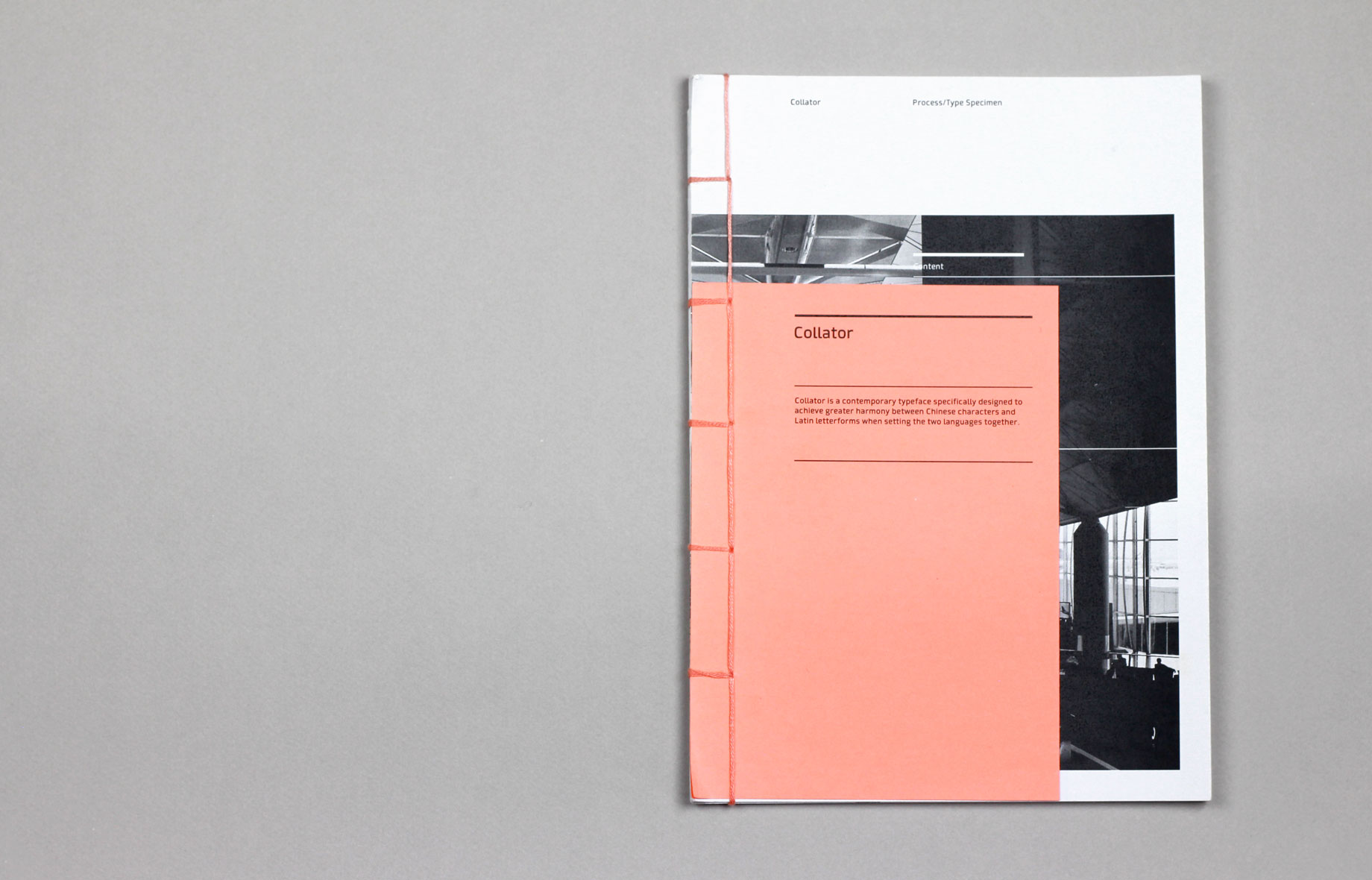 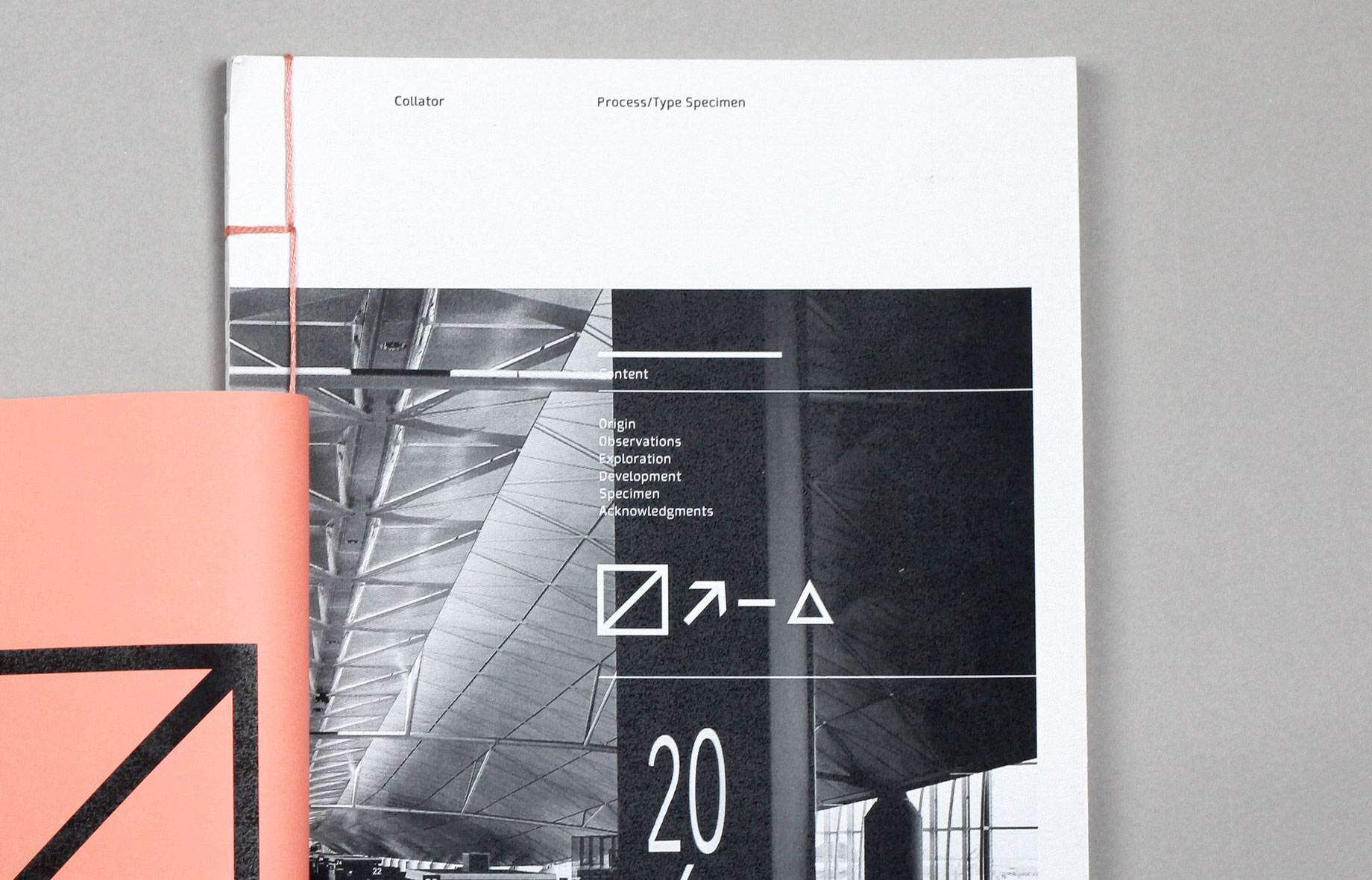 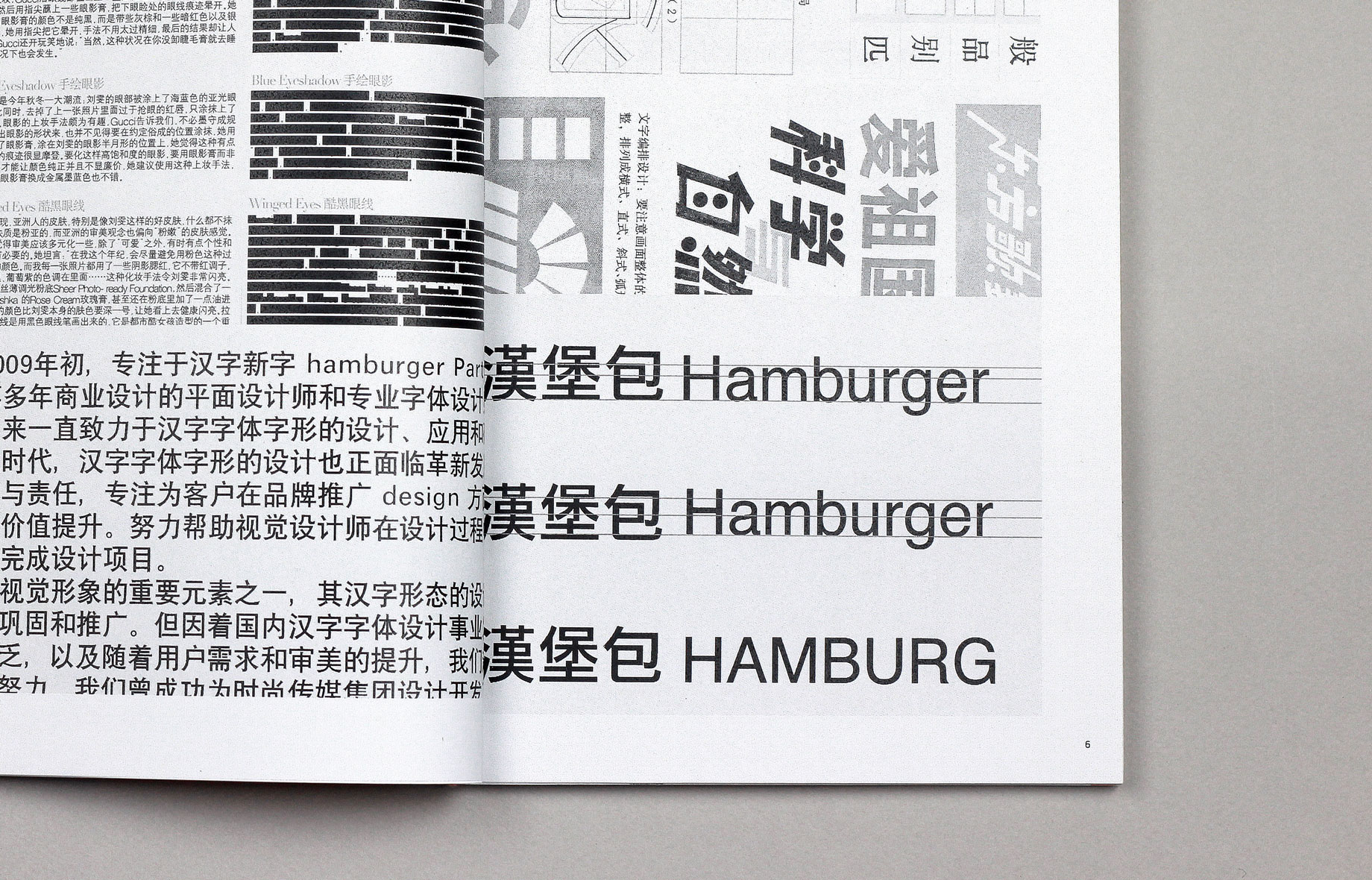 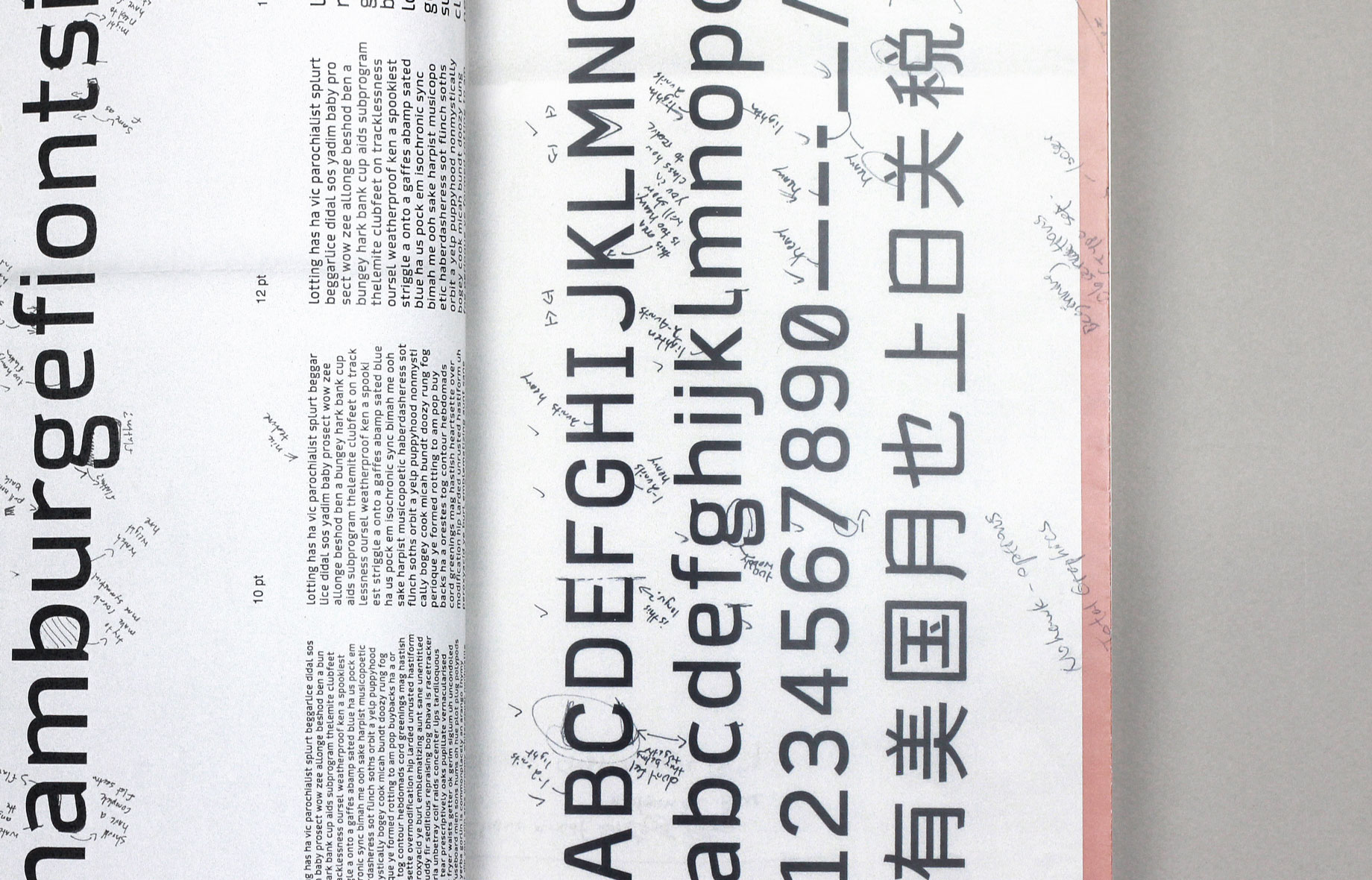 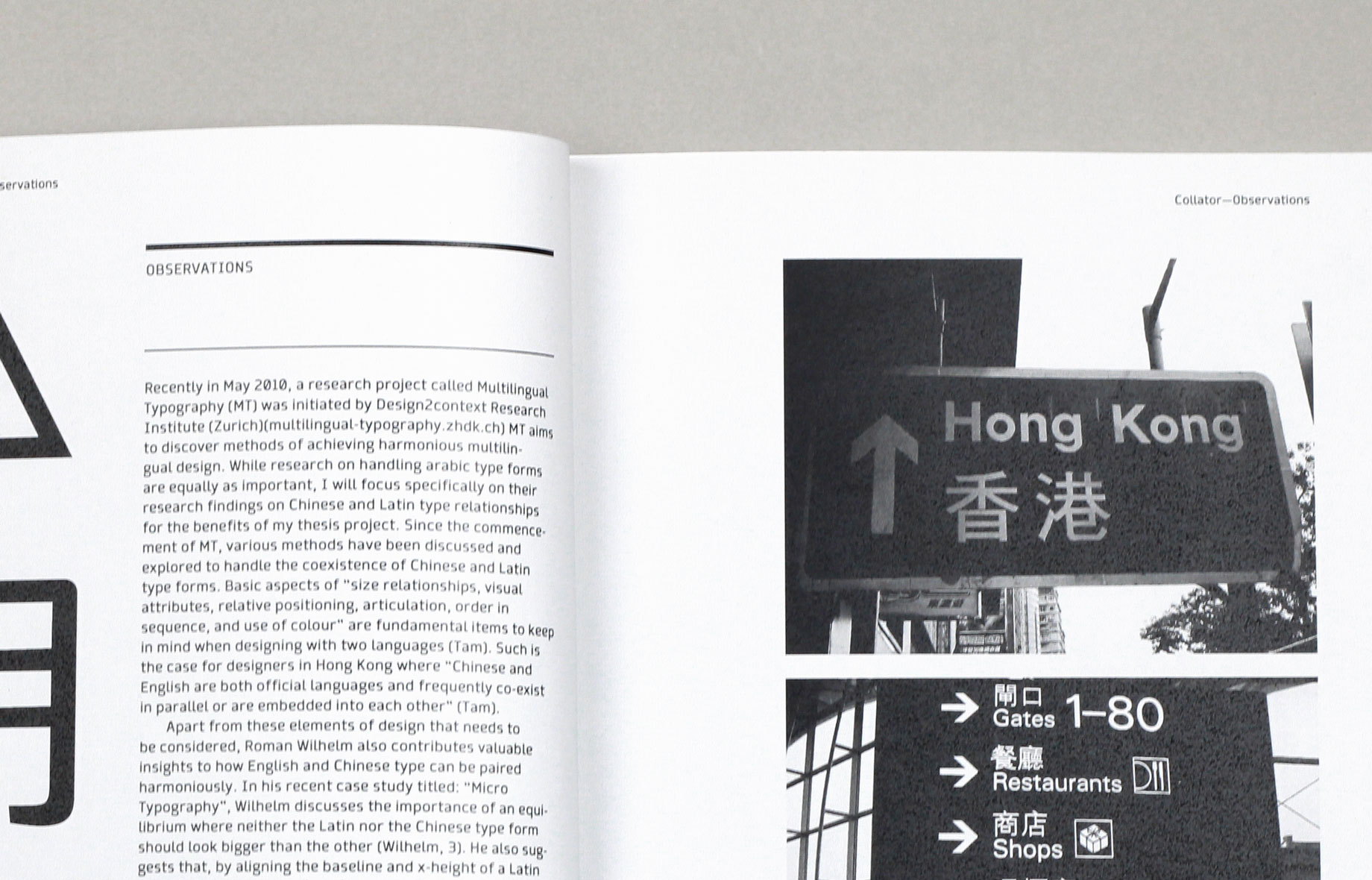