In late February of 2015, we moved the studio to a new space and shared the space with a few other tenants. One of the great friends we made during that year was Rob Smith, who—along with his wife Becky—took the idea of starting a running store and made it a reality.

When Rob first briefed us on his concept, we recognized a unique opportunity to bring a fresh approach to the running culture in Vancouver. What we loved most about Rob’s idea was the ability to build a stronger running community while supporting it with a destination and brand in Vancouver Running Company. It was exciting to be able to partner with other existing running clubs in the city while standing as a representation of Vancouver running. As we began the discovery process, one of our main goals was to capture a different visual representation of Vancouver, one that embraced the rain and grey tones that usually cover the Pacific Northwest. 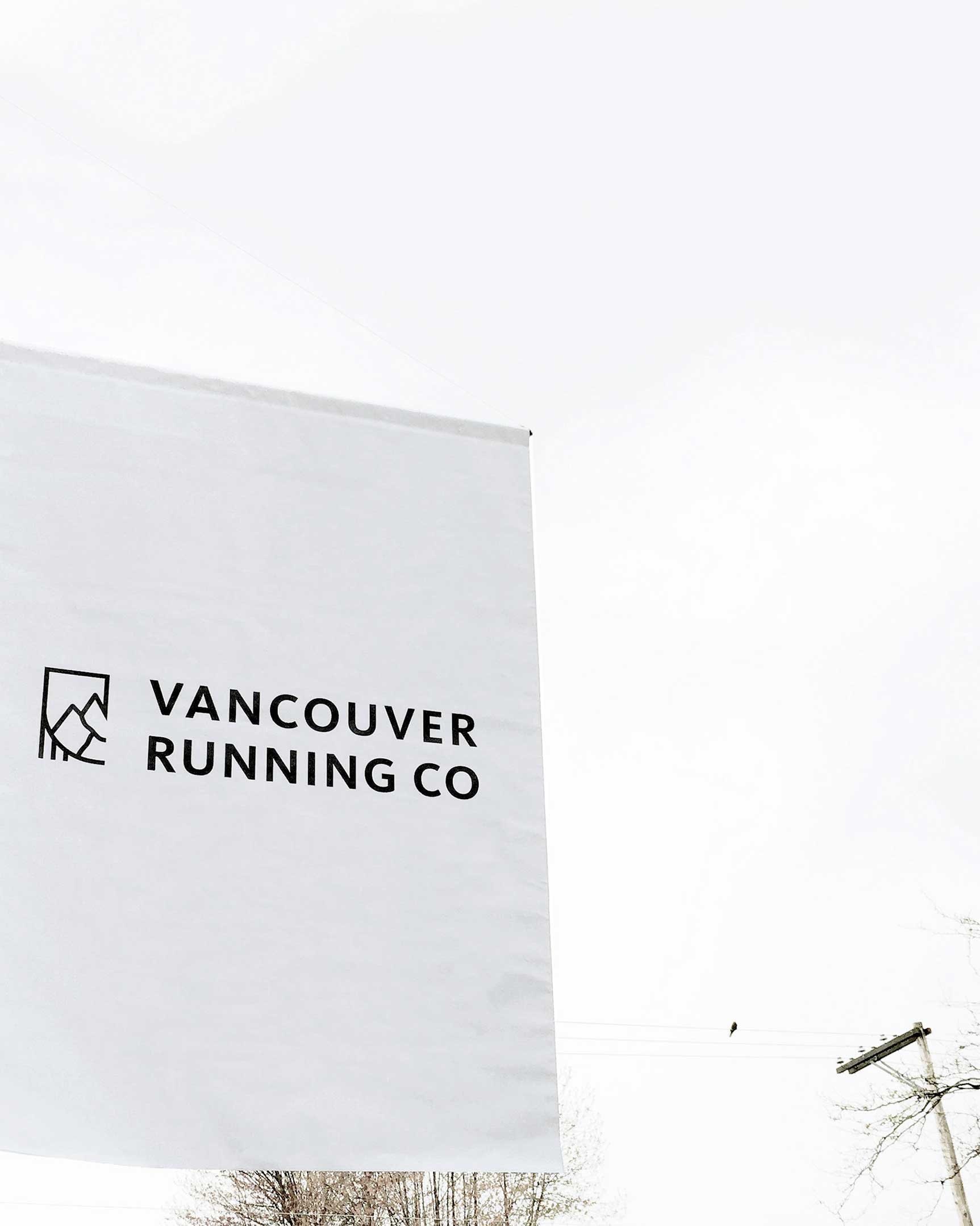 1
left: Our colour tones take inspiration from the natural scenery of Vancouver. The grey tones are derived from the overcast skies that regularly cover the Pacific Northwest.
right: The typeface chosen for Vancouver Running Company is Kievit.

2
The identity is centered around the aspect of balance. From a balanced lifestyle, balance in form, to the balance in the visuals of the logo and wordmark. The logomark showcases a combination of trail and road landscapes, with the North Shore mountains and the Lions Gate Bridge being represented.

8
A Vancouver geographic pattern was used both in the shopping bag stickers and store interior.

Design
During the design of the brand identity, we looked at a few concepts to do with running and the landscape of the city. While concepts of elevation, or visual cues to running were certainly interesting, our final approach would bring the focus back to Vancouver. Rob shared the idea of balancing themes of road and trail running along with the natural and urban landscape of the city. These themes would eventually lead us to the idea of combining a visual of the Lions Gate Bridge and the North Shore mountains together in a portrait-like mark. In composing the mark, we aimed to apply the golden ratio to create balance in the composition. The center of the golden ratio is near the peak of the mountains. The curve of the Lions Gate Bridge is derived from the curvature of the golden ratio.

Moving onto the website, brand elements were applied including the use of custom icons and brand colours. As it is with the brick and mortar, Rob and our team aimed to make the online store equally focused on products as well as community events and resources. 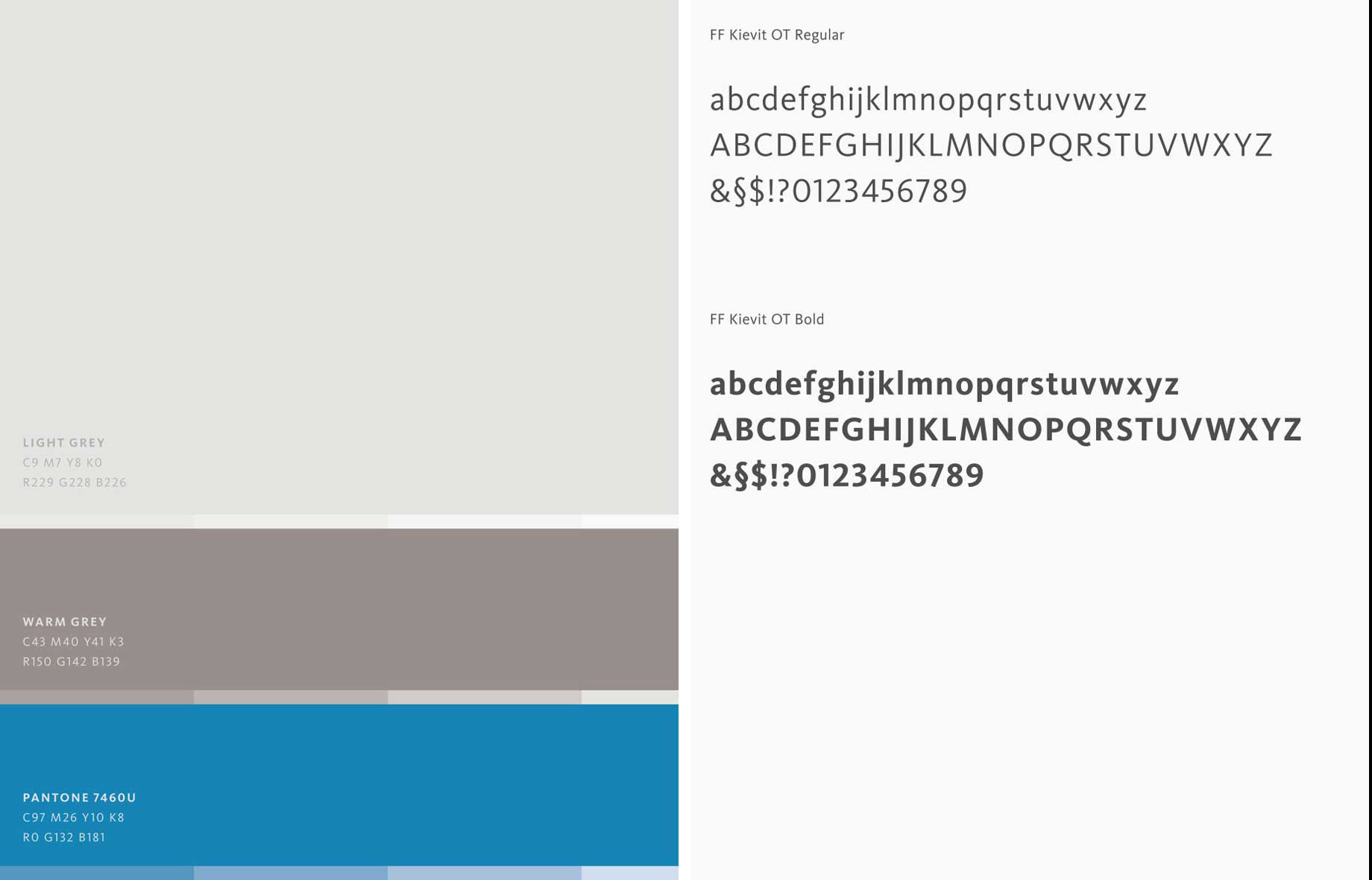 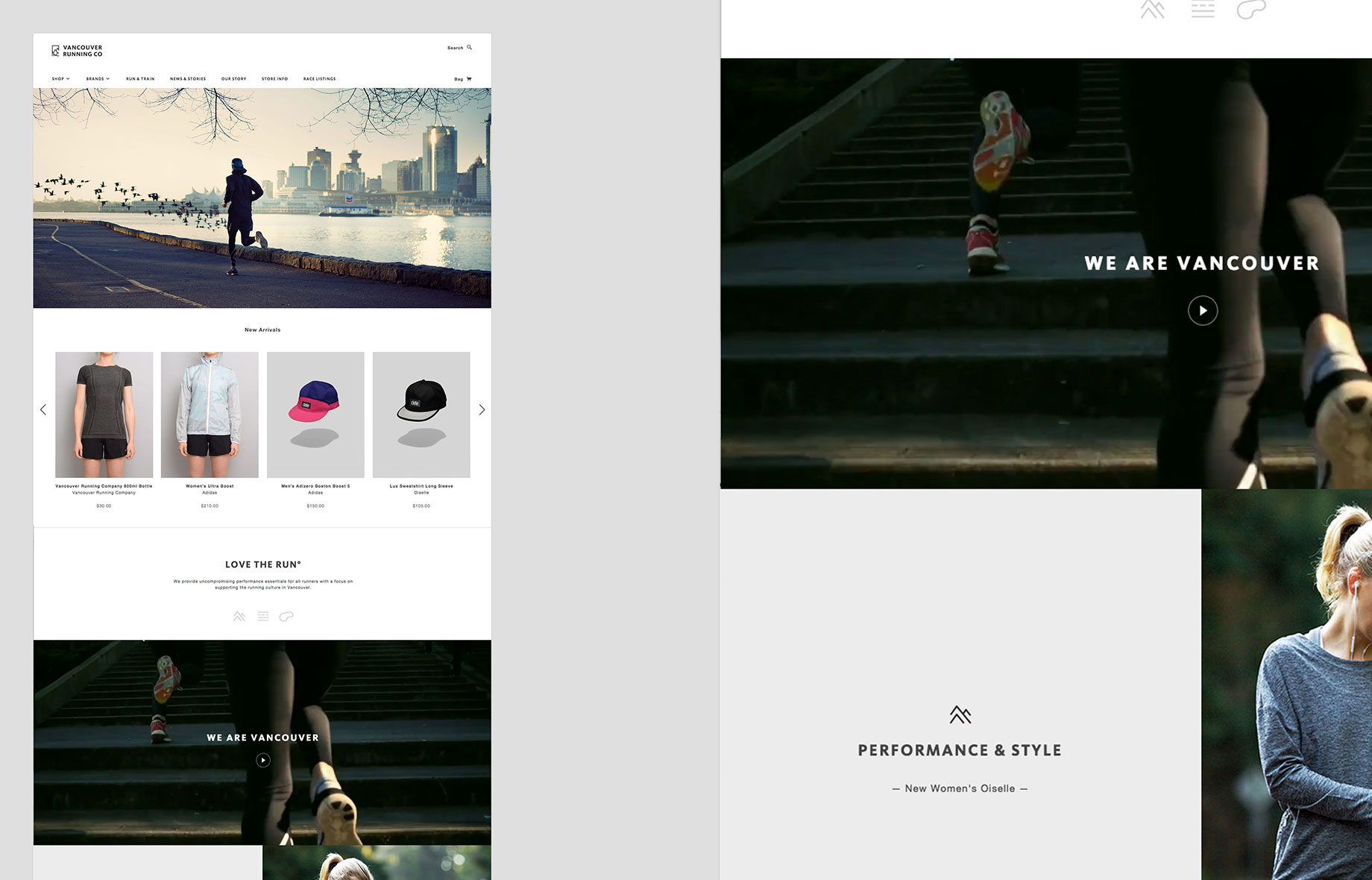 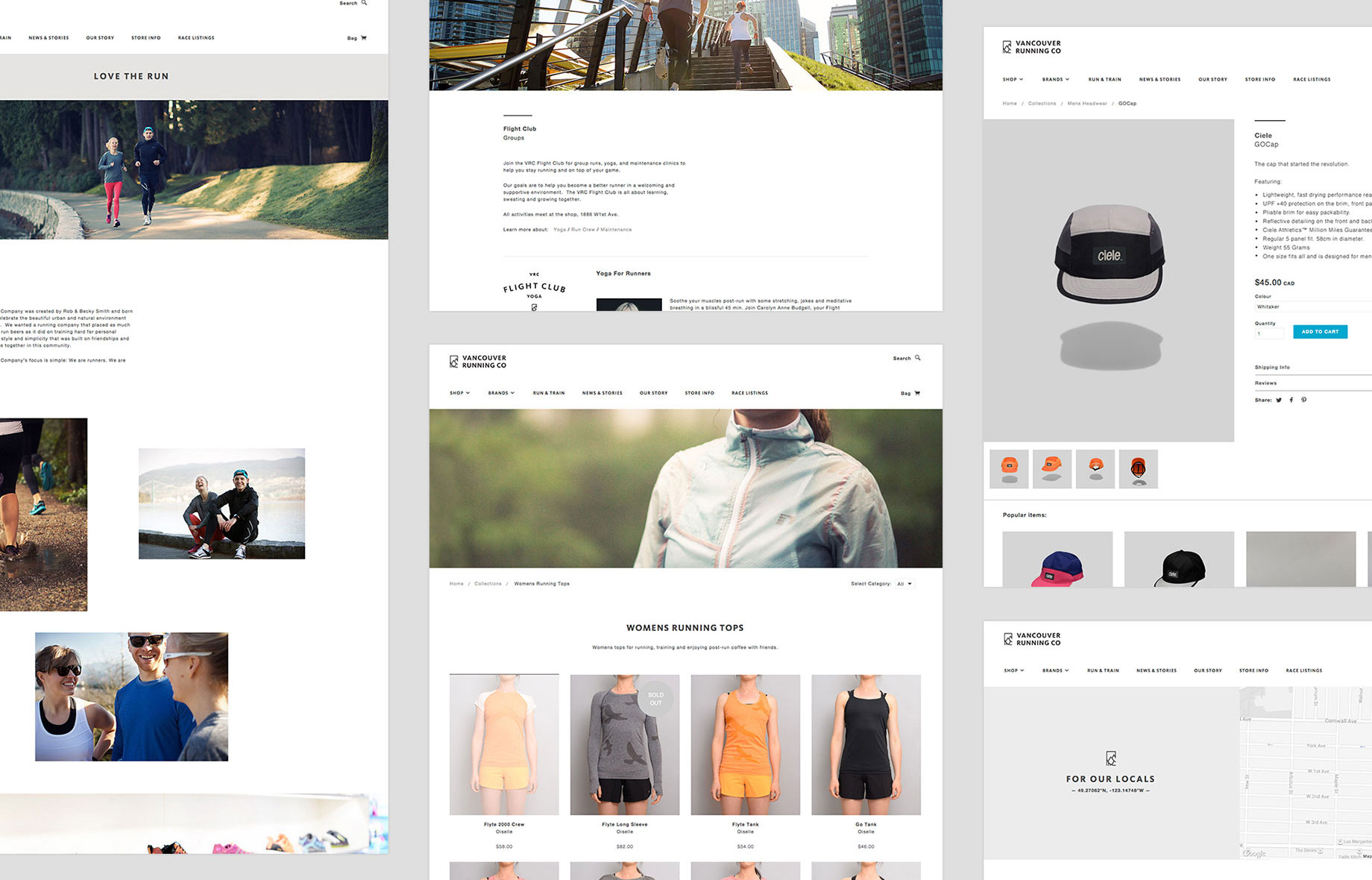 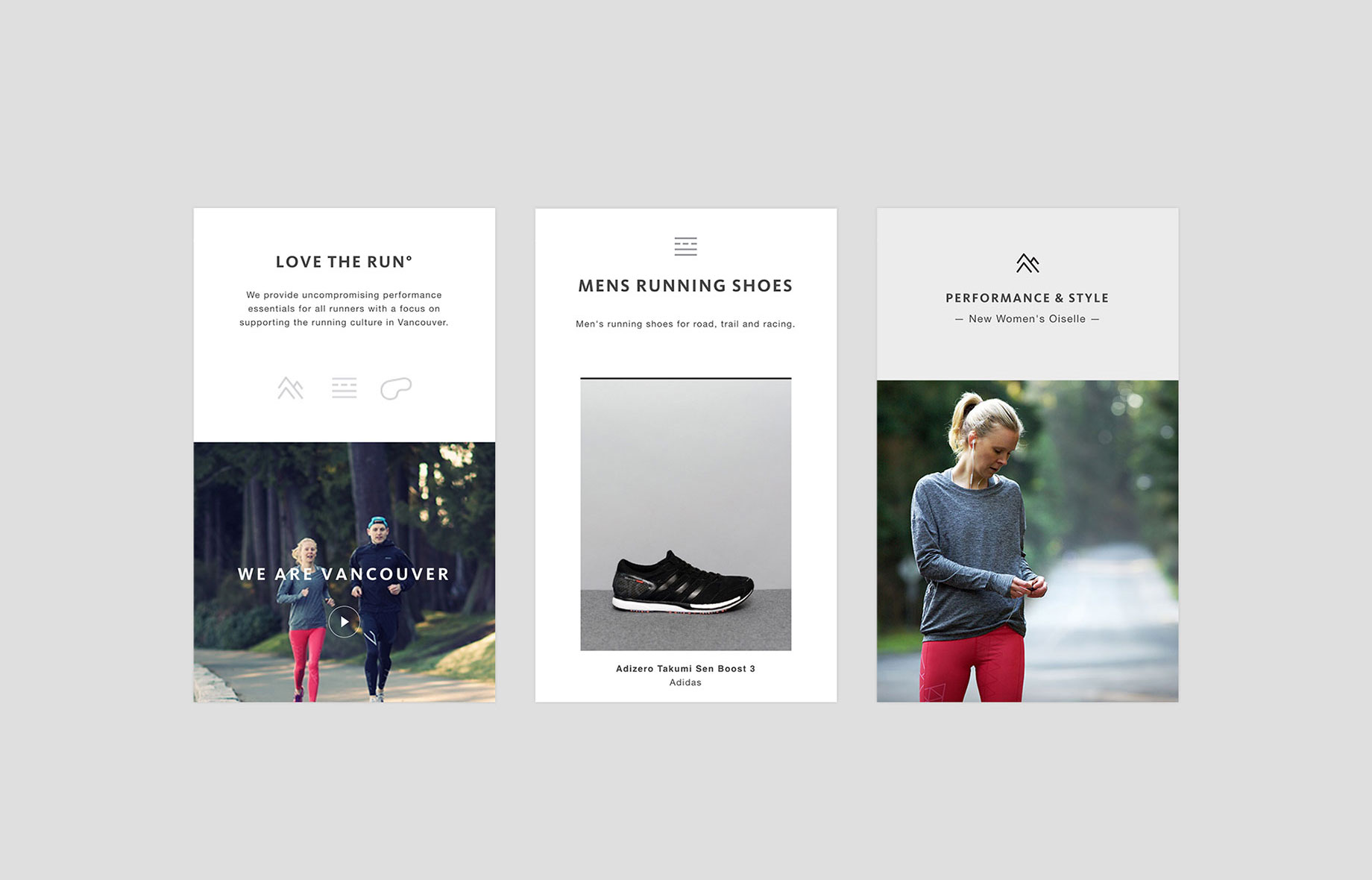 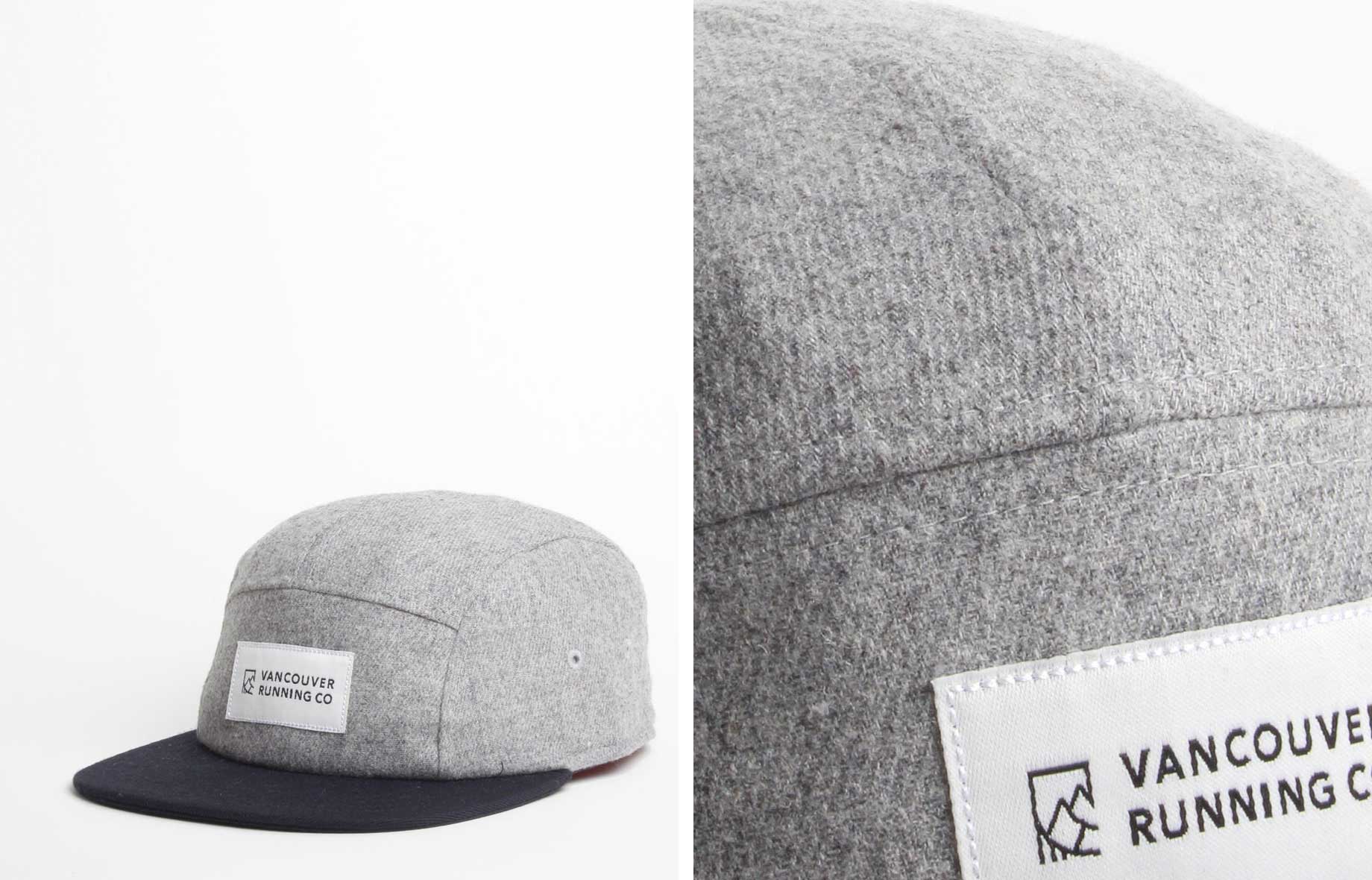 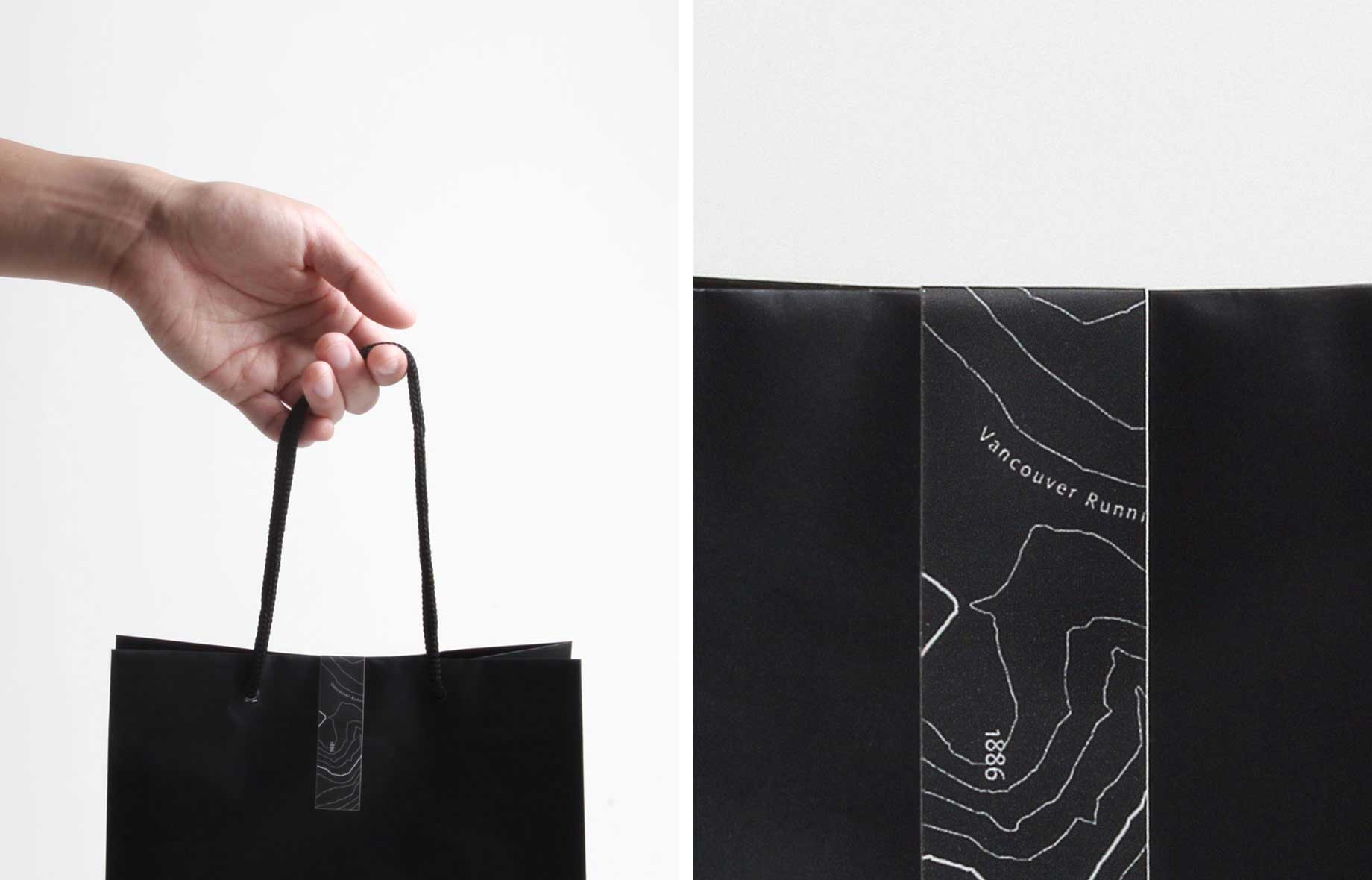 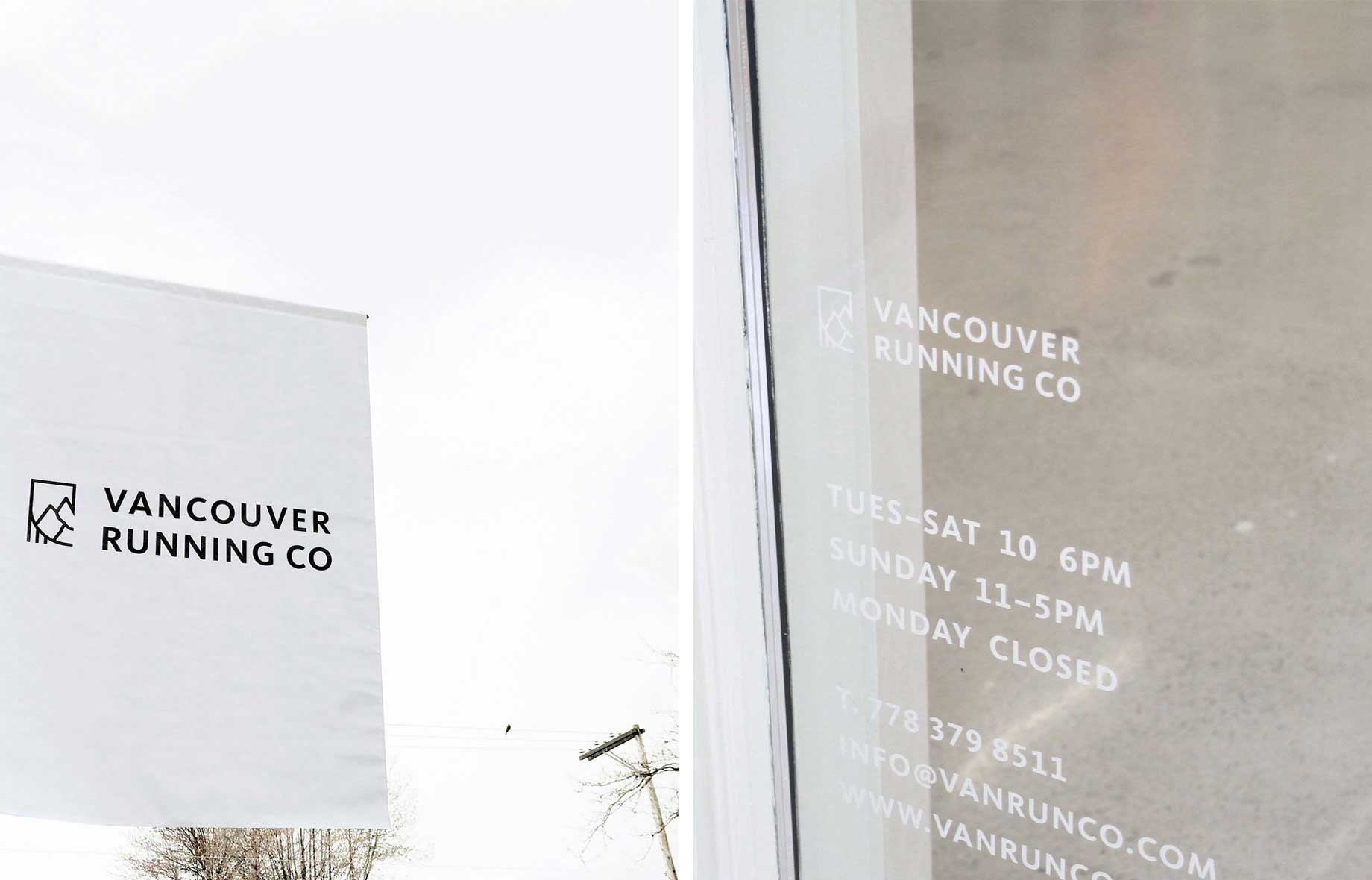